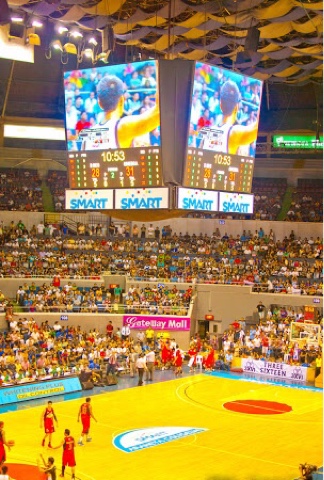 It was a little troublesome to actually do it this weekend because typhoon Lando and a 5.2 earthquake happened. Nevertheless, the show must go on and they're doing it in big fashion this Wednesday at the Mall of Asia Arena in Pasay City. Concentrating on the theme "Liga ng mga Bida", they're up to show the Filipino basketball fans the heart, the courage, the skill they put into every game this season. Live performances from the current Asia's Got Talent Champion El Gamma Penumbra, runner up Junior New System will shock and awe audiences when it opens tomorrow. Aside from that, they're also going to have talented rapper and hearthrob ABRA plus talented Aya of Project Pinas to give a new spin to this year's theme signifying the Filipino basketball player's dream!

The long awaited parade of muses will also take place with Max Collins for Blackwater, Karylle for Global Port, Eula Caballero for Meralco, MJ Lastimosa for NLEX, Julie Ann Marie Bourgon for Rain or Shine, Alexa Micek for San Miguel Beer, Alyzza Valdez for Talk N Text and Mika Reyes for Barako Bull. I was actually looking forward to some surprises in this lineup but who knows what will happen right? That part starts at 5PM.

PBA Superstars James Yap, Terrence Romeo will also show what they're made of this 2016 season so make sure you watch out for their games. The first one will happen right after the ceremonies and will have the 7PM battle between Rain or Shine and Star. All these games will be covered by the happiest network in the country TV5!