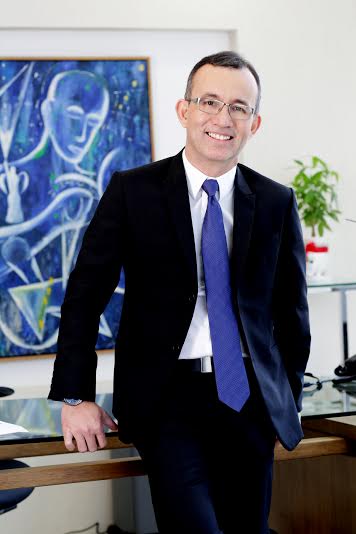 It looks like there's movement inside TV5. After breaking down most of their internal Entertainment support offices, the country's happiest network is revamping their executives as Sari Sari Network take over Entertainment requirements for the channel and putting in Mr. Vic Del Rosario as its Chief Strategist for Entertainment. TV5's CEO Noel Lorenzana acknowledges Boss Vic's expertise in producing quality shows since the 80's and the recent pool of talents they're making shows with right now. He says "We hope this partnership would bear fruit and find similar success in the future".

The Viva patriarch will now handle all existing and new entertainment shows, those that will be line produced and the network's content strategy. Boss Vic says "I am extremely excited to see the limitless possibilities of this partnership and more so to show the creative content to the public and the rest of the world". True enough, I've seen really good shows in their lineup these past few weeks and for what it's worth some of them are line produced. Hopefully this will only become another way to get the best shows out of this third and hopefully soon, a battling second rated network giving Filipinos the good TV programs we deserve. 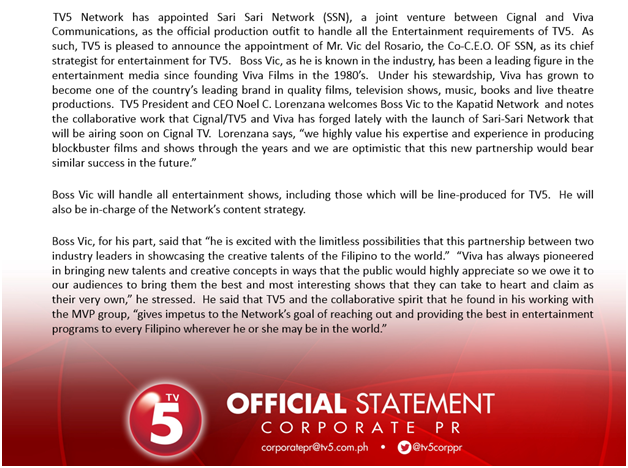 I think this is the same post vacated by Madame Wilma Galvante who is I think currently is a consultant. Here's to more good shows on Kapatid Network!