Dengue Vaccine Worries in the Philippines Answered By Sanofi Pasteur 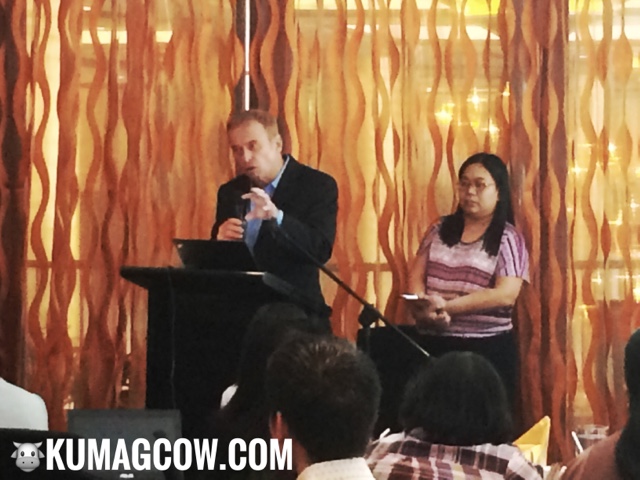 Sanofi Pasteur just held a press conference in Dusit Thani Manila discussing Dengue in the Philippines and the WHO recommendation of the vaccine.

Dr. Joshue Nealon (Head of Epidemiology for Asia Pacific) says "Nearly 150,000 cases happen in the Philippines every year and there are 4 types affect people from ages 5 to 20, there's a lot of dengue here and it's under reported. In a study, there are 3 Million cases in the Philippines every year. There are economic impacts for this, about 8.9 Billion dollars each year. A WHO recommendation has already been published in July, and the country qualified for public administration of the dengue vaccine."

Dr. Alain Bouckenooghe (Sanofi Global Head of Research and Development) "We've been working with experts in Asia, and internally have ones in our company that worked on this for 22 years, and we have large improvements making a vaccine against 4 dengue virus serotypes. We passed all 25 clinical studies in 15 countries and completed 20 (ongoing 5) and did it with 40,000 subjects in clinical studies. The Philippines has already been part of this data since day 1. Clinical efficacy studies mean trials in real patients in the region. Reduction in symptomatic, hospitalized dengue and severe ones have all showed improvements. This is unprecedented and this is safe as water. Hospitalization for dengue in a study of 4 years have gone down and has never met with an increase higher than those who did not take the vaccine. The vaccine is produced in France and the capacity is 100 Million per year, in state of the art facilities. The vaccine has a three dose schedule, 0,6,12 months apart. The Philippines has hotspots and this is a battle against illness so anything that you can do to help should be a priority.."

There are a lot of Filipinos that would benefit from this and if you think about it, the data shows a huge amount of non hospitalization after getting the vaccine. They are also thoroughly doing studies and the risk benefits are overly positive. It's not their responsibility to recommend but they have the data so the government can make their own decisions. It's a primary concern and there are clearly thousands of us getting it, a lot will benefit and we need responsible people to disseminate information what we need to understand from it. There's a lot of fear in vaccines and we just have to stay away from paranoia. It's all easier said than done, but we all have to start somewhere.