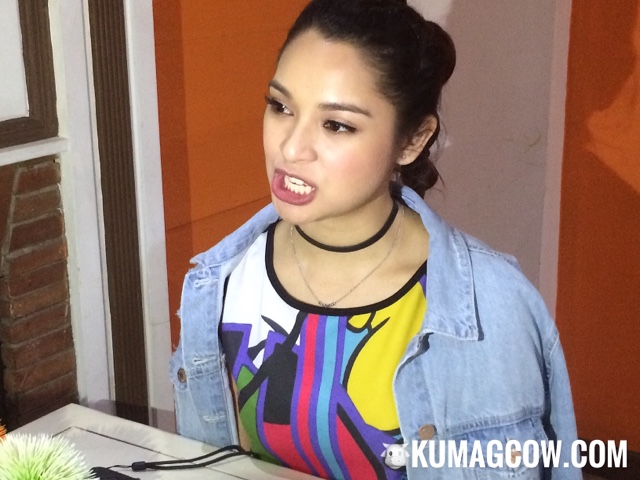 She's one of the most gorgeous faces in the GMA Artist Center stable and has starred in countless programs on the same network. She's been doing roles that are quite wholesome, very reminiscent of young character actresses and hasn't been gambling that much in the industry. That's about to change a LOT now that Ryza Cenon is going to be in an entry at Quezon City International Film Festival for the movie called "Ang Manananggal sa Unit 23 B". This is a RomGore, a combination of romantic story with gory scenes, something probably not purposely done yet in Philippine cinema. It's a break from the norm and aside from the excellent story, Ryza is setting out to be extremely daring in this film. It's definitely something that she's never done before. Add to that the thought of being pitted against Nora Aunor and Jacklyn Jose in this same festival, it adds pressure to what she's going through.

Director Prime Cruz says "It's been a long time since we've thought of doing a concept with a Manananggal (A mythical creature from Philippine folklore, a lady turns into a monster, then flies like a bat with only half of it's body), and with the help of our mentors. It's a story about a mythical creature who fell in love with a human. We had problems doing it in the city and we got real scenarios from problems now and put it in the film. The basic mythology is there, you see her in half, but how we presented her from other films is another idea, she's sensual, she's pretty to begin with and it's her point of view rather than the community. If you watch this, I hope people see horrific things and how society perceives that it can be a weapon. We do have controversial things and you'll see that in the film and question yourself about what's good and bad. RomGore, it's romantic but we added gore so it's really different to begin with." 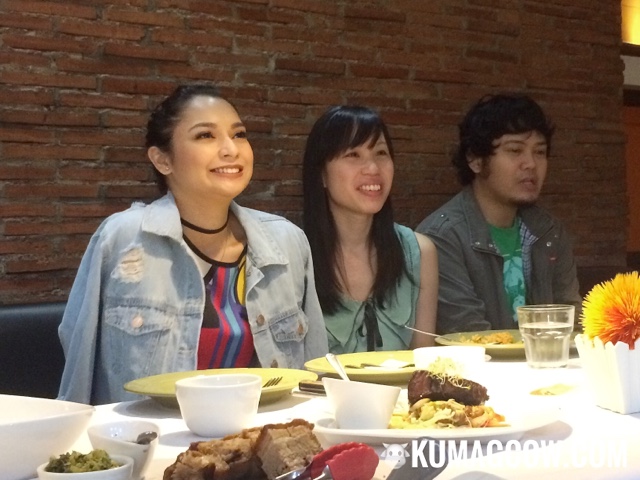 Ryza begins telling us "I feel really so emotional because I prayed to get this role, and I could relate to Jewel that time when I auditioned. Thank you to my Directors. There are a lot of firsts in this movie and I hope you watch those sensitive scenes. It's totally different from what I do in TV because I veered away and took risks. I was auditioned for the friend of Jewel but I really wanted to do her role. I cried a lot before the filming so they won't see me half heartedly doing the scenes. *Sighs*, I was supposed to do sexy scenes in the past but I was more afraid about swimming in another film called Intoy, I'm a little old (laughs it off) and if I'm going to do this I better do it now."

"Jewel is not an ordinary friend, her character is so near to my persona because I'm a bit of a loner, but really sincere when in a relationship. She's a hero and you would see how she fights for friendships, for love and get revenge versus men who cheat." 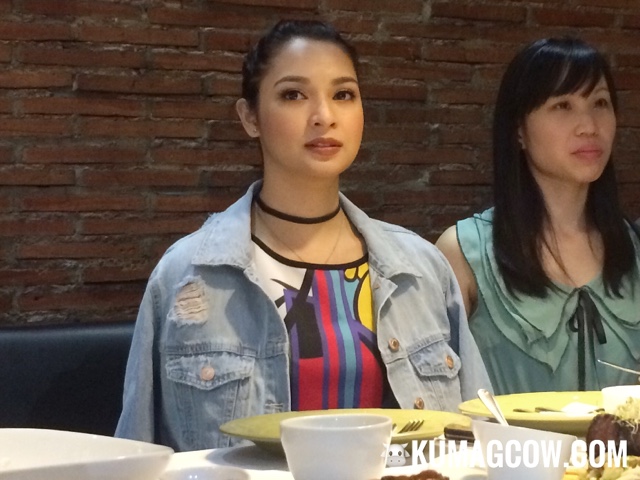 "I felt bad when I saw that comment about pirating the film, that fan was already asking to do that and the film wasn't even showing yet and I had to tell him so he wouldn't think it's okay or a normal thing. You have to draw the line and if it looks like I need to answer them myself, I would."

"The thought of being in the same category as with Ms. Nora Aunor and Ms. Jacklyn Jose was always being reminded everytime we had a shoot. I'm pressured, but I'm using it as motivation. I'm already claiming it because you'll see how different I am going to be here. Jewel is not a vigilante, she's struggling between being a monster and human."

"Martin is so good in this film and I've worked with him a couple of times when he arrived in GMA. I was afraid to do some of the scenes but for Martin, it was not that needed in bed scenes because he was the one "I loved". So he's important in how you see Jewel's character in the movie."

The film "Ang Manananggal sa Unit 23 B" will be shown on select theaters in Quezon City starting October 15, up until October 23. The awards night will be on October 19, at the Kia Theater in Cubao, Quezon City.