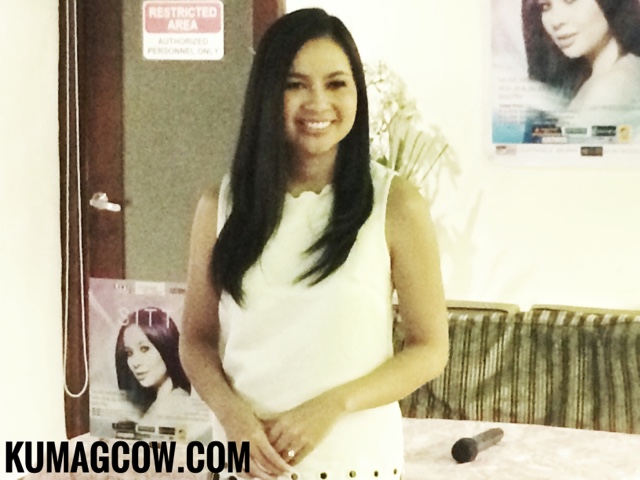 Hey hey hey! Are you ready for a NEW kind of Sitti? The Bossanova Queen apparently has been preparing for a new concert and a single launch to celebrate her 10th year in the music industry. It's even BIGGER because it's also her birthday so they're doing a 2 day event slated on November 25 and 26, 2016 8PM at the Music Museum. It's going to be called ElectroSITTI. She'll be singing her usual Bossanova hits, a new one called "Tangled" plus "Bid You Love" from her upcoming album with the same title (ElectroSITTI).

She will be performing with Dj Silver so you're going to hear a pretty different take on her repertoir. Yes ladies, gentlemen and Sittizens, she's doing Electronic Dance Music and will mirror a more matured, a little changed, but hopes this new flavor would come to reach her usual supporters, and a lot of other people. Tickets will be sold through Ticket World at 8919999. Sitti is managed by Asian Artists Agency and MCA Music (Universal Music Philippines).


"We needed something new but we don't want to force it. It was made to just enjoy, so we MCA and DJ Silver talked about it. The change is more personal, I just stumbled upon this career and I can't thank the fans enough for accepting the music and me as an artist. I haven't really worked with Jason Dy, Loonie, Silver Filter and UST Percussion Ensemble. So this is going to be an experiment, a play, and I have some songs lined up. I never really measured success, but I'll think about that. I'm really thankful about the love people have been giving me, I have songs that have been played on the air, in coffee shops, even if the songs are 10 years old. In the concert I will be dancing, I have choreographers and I'll be rehearsing next week. So it's something I am really looking forward to. It's to pay homage to my songs, these collaborations with different artists are also just on my wishlist so I'm raring to work with them in the concert. It's been a long time, I've seen a lot of changes and I know my supporters are all grown up. This change is just timely and I hope my fans would get to appreciate it."

Make sure you watch the show on the dates mentioned above! You know you want to!