An Afternoon with artist KC Nevada 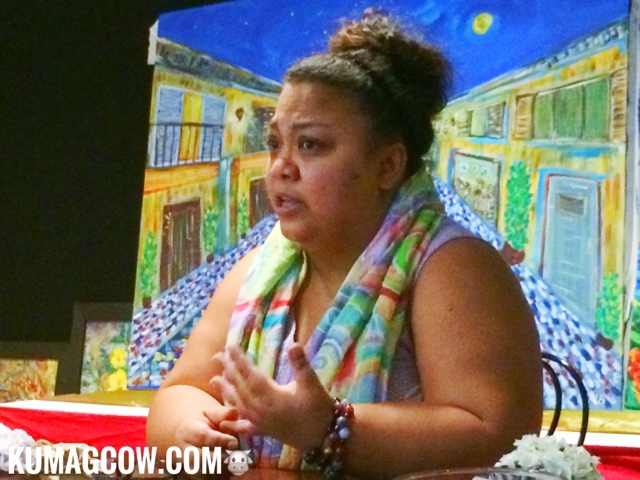 I was invited to a small luncheon a couple of days ago to get to know a very prolific artist named KC Nevada. She's currently based in Manila but spent years doing her thing in Baguio City. She also did her solo show up north and had a couple of international artists perform during that stint and felt everything was just falling in place, as if fate had a  plan for her. She's been through hard times, some really tough moments which I think has further pushed her and affinity to art. Now she's planning another exhibit, still in the works but I've seen some of it already displayed on her back while we were chatting over coffee. 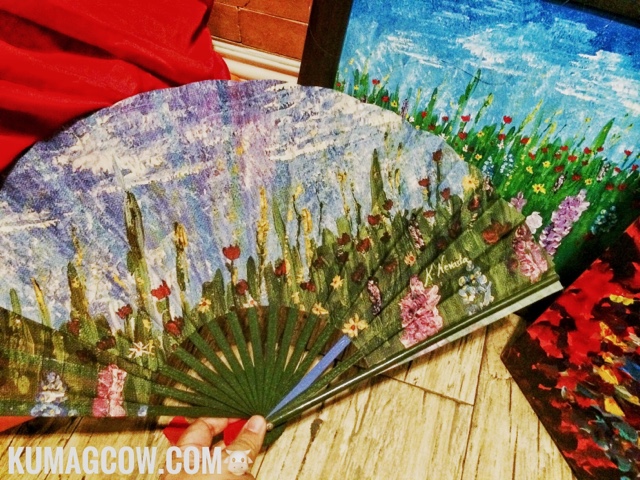 She's used different mediums, but most of her work involve acrylic, better at texture than oil which I just found out can make you sick. Her inspiration is driven by emotion, by things she's experienced and sometimes what she imagines at the time she's making her art work. I like her use of colors, not too bright, just enough to tell a story. It's mostly surrealism, you'll be captivated by her work especially "The Cat" which she has been praised for a couple of times, me included. What I even like about her more is how she shares her passion, teaching kids and high school teens about art, through workshops, honing talents that are innate, divine. 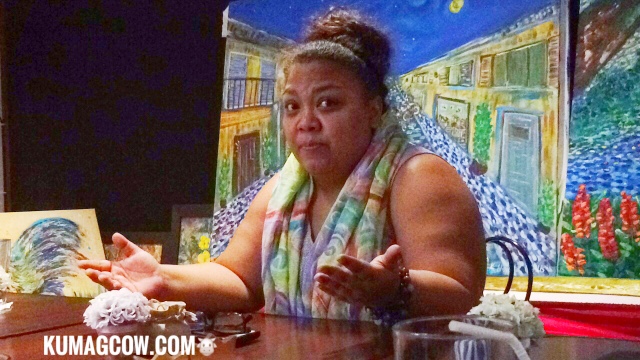 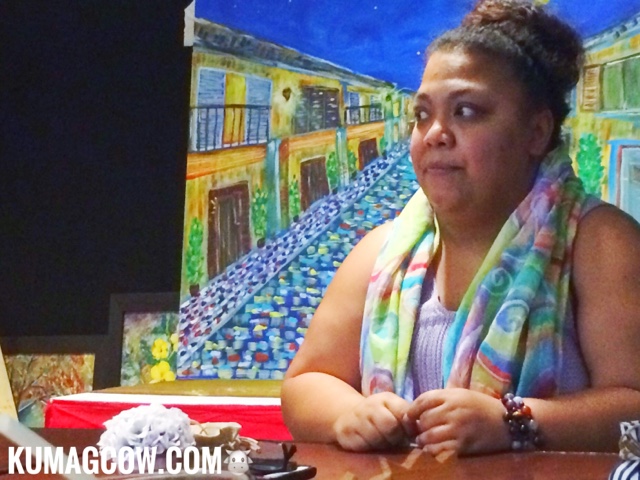 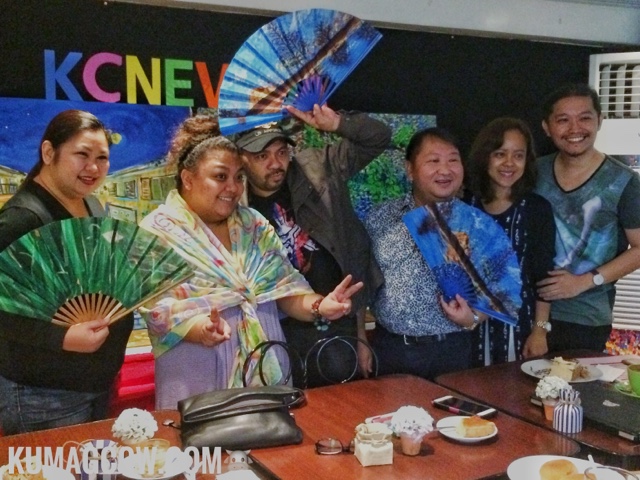 I could see she's gotten what art does, it takes your mind off things and she has admitted it did help her during the toughest times. Here's a short interview we did outside the venue so you get to know her even more.

I suggest you take time to get to know her and her artwork through her social media channels below. It was a pleasure to interview KC! I'd be glad to see your future artworks!

For more information about her work:

https://www.facebook.com/kcnevadacreations
Posted by John Bueno at 11:40 AM