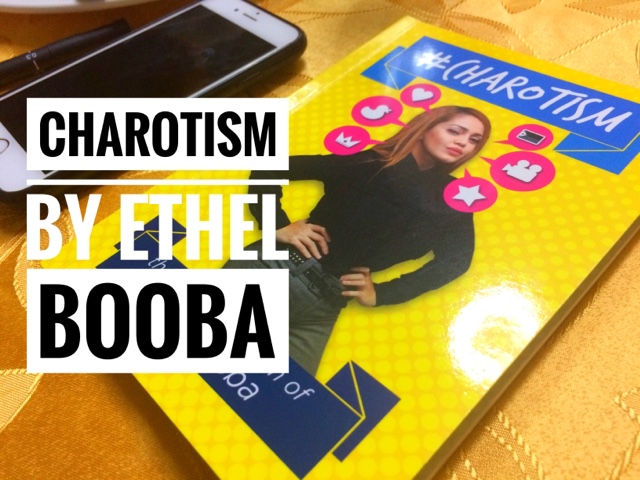 She's funny, incredibly talented and a LOT to actually devour in a few hours. She's Ethel Booba and consequently called the Queen Of Twitter in the Philippines because of her fantastic antics on the social media channel when the occasion calls for it. Whether it's an election, an earthquake, traffic in Manila, friendships or relationships, she seems to have A LOT to say when it happens. She was actually once bewildered doing it and was afraid nobody was going to listen to her but when she started to try and talk to herself, that's where the fun begins.

She's been egged to do this since 2012 and with a few arrangements done by her editors, it now has materialized into a book. She also was able to talk to us about her relationships, her family, her ex boyfriends, and now a French guy who's she's currently involved with. They met in Qatar if I'm not mistaken after a show and they met again a few months after. It was endearing to see her tell us about it, but what I mostly liked in that conversation was how genuine she was telling us about it. She was like a long lost friend, the most funny one you would miss. Much like what I already anticipated her to be.

Her book is as crazy as she is, so if you don't have it yet, maybe it's time to hoard and get more copies so you can give it as gifts this Christmas. You'll laugh non stop like I did in the last two days while I was finishing to read it. 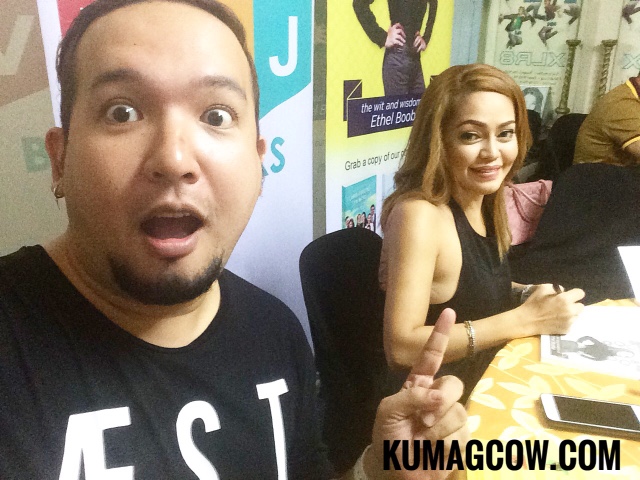 It's available at all leading bookstores nationwide! Get it at Powerbooks, National Bookstore and everywhere they sell books in the Philippines. I'm sure they have that on the shelf, otherwise, they'd be losers. Not funny at all!

Thank you Ethel for signing my copy! Wish I could spend time with you sometime you're one fun person!