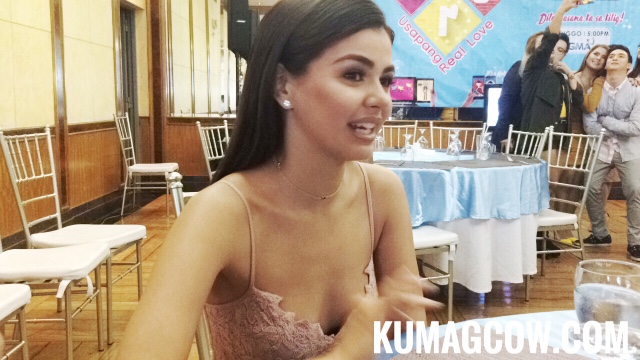 GMA's groundbreaking interactive show Usapang Real Love (Talks of Real Love) is making waves as it adds another installment with a cute light drama, romantic comedy with hunk Aljur Abrenica and Janine Gutierrez. Janine admits she's quite new to the genre and she sometimes couldn't deliver lines because she'd laugh before she could utter the words during the scene. I wouldn't blame her, the teasers actually tell a lot when they showed it to us that afternoon. Imagine having a crush, then finding out you would have to battle it out with him just so you could get your promotion. Would you choose love or career? We got Janine to answer that, lightly, not pertaining to you know.

We also talked to Aljur Abrenica, we also had a separate video where we asked him about his relationship with Kylie Padilla. I didn't know they got back together until he kinda cut me in one question and said he wasn't single. They got back together after two years, and said they didn't really had that much separation as they still kept in touch all those years. That's so nice to hear. 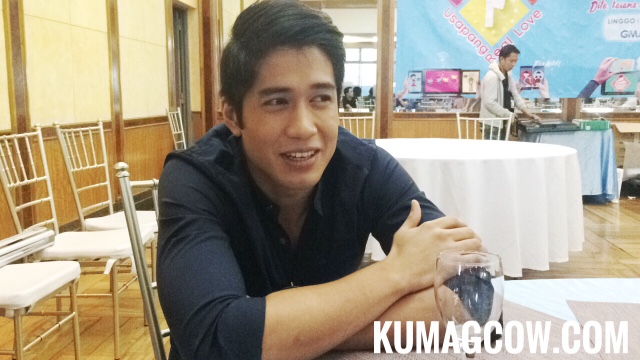 Janine also mentioned how near he is to the persona of Aljur's character. He's the type of guy that would always pick on the ladies if he likes them a lot. Here's our interview.


Here's his statement about getting back together with Kylie.


Meanwhile we also got to talk to the supporting cast. They've got a lot of conflict to contribute to the story and it all stems on their respective teams rather than the individual characters in the story. They are somewhat divided by their bosses, a little uncomfortable for them but they believe in their leaders so much they'd fight for them.

As for Mikoy Morales, he's also going to be releasing a new single very soon. The very talented actor is an accomplished song writer and singer, who has an album still out in the market. It's self produced mind you, so when it's going to be part of another GMA show, we don't have to wonder why he's there. We just listen.


Anyway, URL is showing on November 27, up until December 18 and shows every Sunday at 5PM. Make sure you catch the show!