Enrique Gil and Liza Soberano for My Ex and Whys 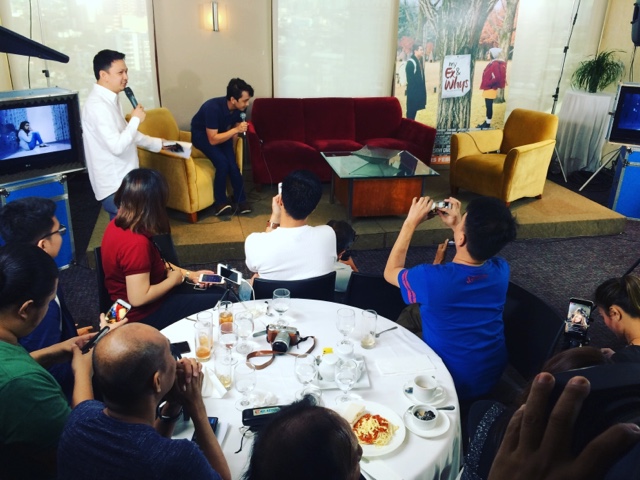 We're at the My Ex and Whys blogcon today with the cast, the director and the young writers of the film. Talking to the writer Jancy Nicolas first, he says the story was made for this generation and social media, even blogging is included in this fresh approach by Direk Cathy. They even made www.myexandwhys.ph as a microsite for everything about the film and got official book published as "The Book of Bakits". The infamous line by Liza Soberano was explained and he said "It was hard to imagine for Liza to say those lines for obvious reasons and perhaps the rawness could get away with it because we all go throught that, asking those questions are quite normal after a breakup."

P.S. Enrique and Liza will be at SM Manila and Fairview Terraces this weekend and they know how busy they will be!

Direk Cathy quirps "Liza was different back then, she was nervous, she was a black canvass and needed direction. Now she's matured, different, she's learned a lot in 2 years. Quen was already an actor prior to me directing him. I was in ASAP a few years ago, Enrique was there but he had his tounge twisted, but he was already good back then. Now they have a lot of experience, and their willingness to learn, the willingness to take emotion and new characters, it was just right to have them in this film. I like LizQuen because they are open, they are giving, and they don't tell off anyone even the artists." 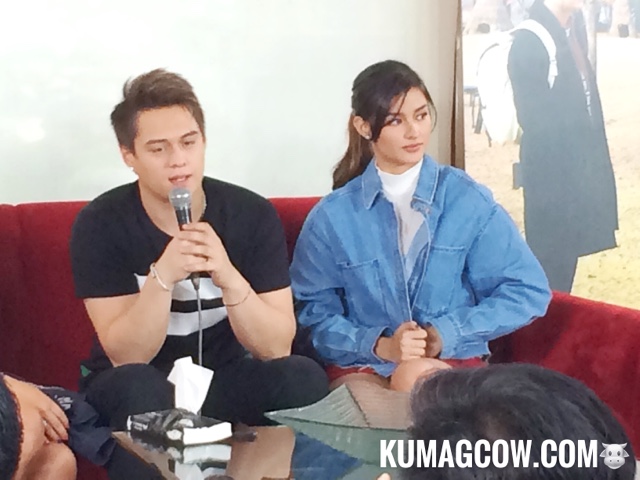 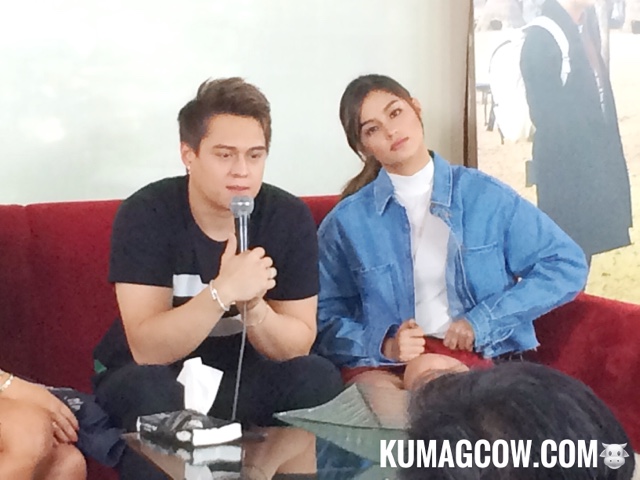 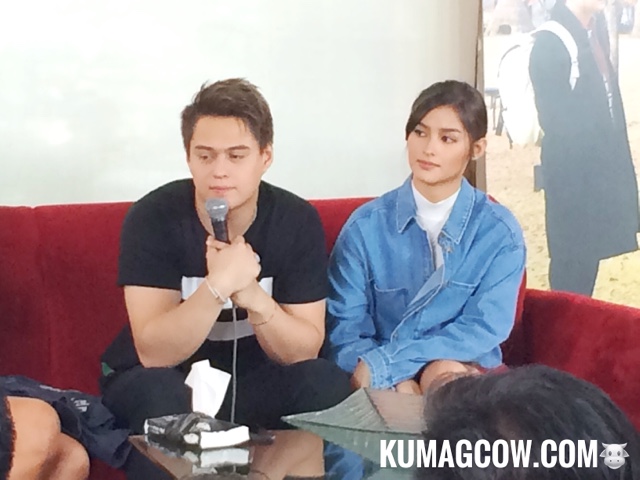 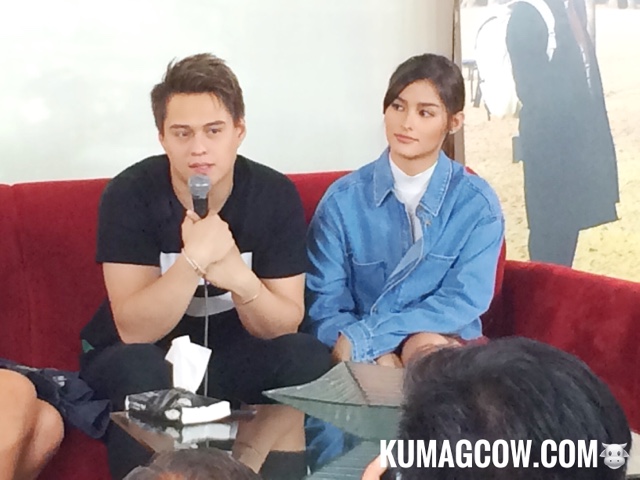 Enrique (even if he's under the weather) says "Direk Cathy is very deep, I felt we had fun in this project because she's inspired while we were doing this. We could feel how we could work with her easy because now it's more personal. You take in consideration how long we have worked as a team and I use it now, it hurts more, and time is spent well in this film. When something new happens in life, it gets better. I like Korea because of the lights, like Myeongdong, so I vould wear tons of clothes, layered and eat a lot. I think I also relate more with my character because he accepts his mistakes, he mans up, even if he gets tired you move on and be more selfless if you are going to love someone. 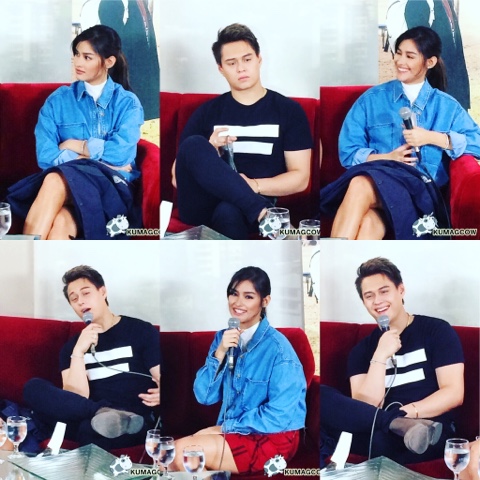 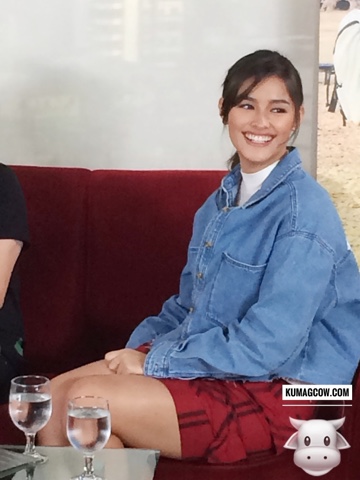 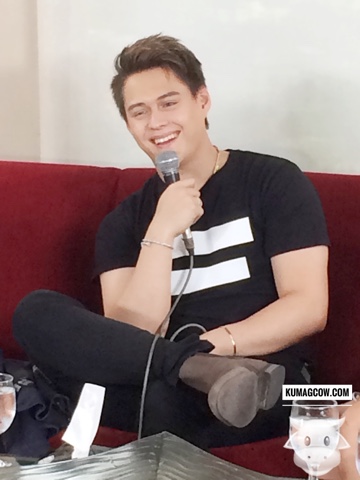 Liza added "Working with Direk Cathy now feels like she's glowing, she's like very happy now. She lets us explore the scenes. Working with Quen, I was nervous in Forevermore, but doing this we helped each other in scenes and it's nice to see how we've grown over the years. She did a blog to reach people who got hurt like her, they're very deep and vulnerable. I would like to blog about travel, and if I was Cali it's more personal and her relationships. Shooting in Korea, I enjoyed Nami Island. I discovered that it's like so sad, you feel like you are in a movie, so gloomy and everything. I relate with Cali because of her love for her family, I'm not like her but she's interesting. I don't think anybody should be afraid when you fall in love. I try to also prove myself to a lot of people, being beautiful I appreciate that but sometimes when peope tell me I don't dance well but I'm okay because I look pretty, I try to dispell that by doing my best in everything that I do. To be honest, looks are the premier thing but you can't love someone who's ill mannered or not brainy. It's more than that, you have to get to know them personally." 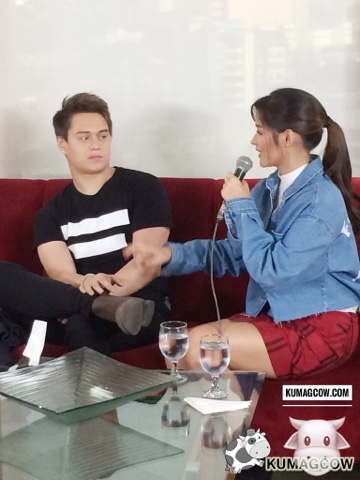 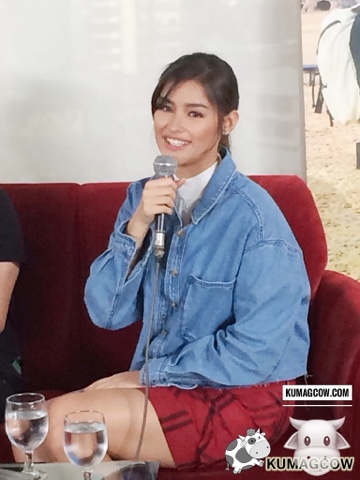 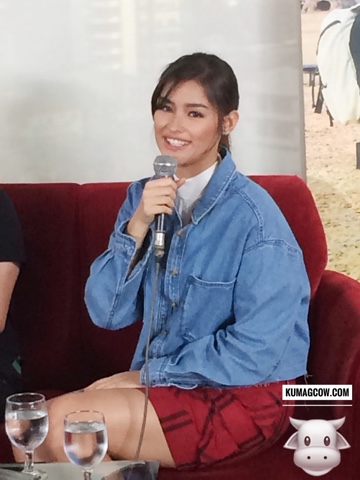 Make sure you watch My Ex and Whys this coming week because they might be visiting theaters for block screenings come February 15, 2017 so don't miss it! Thanks to Dominos Pizza for the pizza (it's Liza's sponsor) and Grips too for the hair products (Enrique's sponsor).

This is from Star Cinema!