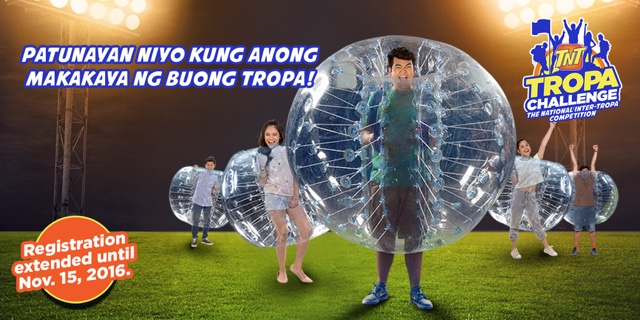 So last year TNT invited various groups they call "Tropas" and registration ended on November 15, 2016. Today at the Quezon City Memorial Circle, we're going to see tons of them vie for the Tropa Challenge Champions today after registering through http://tntph.com/tropachallenge last year. This isn't a joke because the prizes are crazy good, as TNT will be giving away almost 2 Million worth of prizes. In the quarterfinals alone, they will be given a couple thousand of pesos if they get to place today so it is as equally important to do good later in the games. 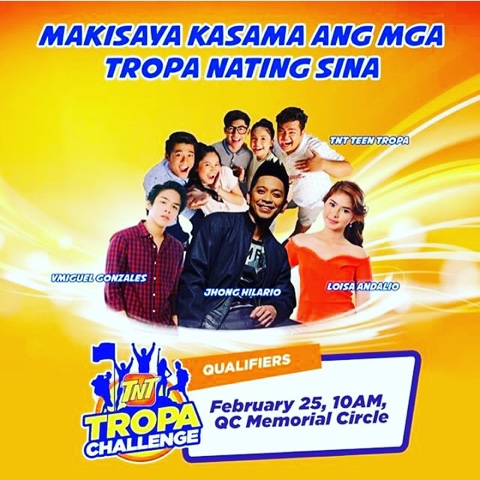 Aside from the cash prizes, they'll also get the chance to join stars such as VMiguel, Jhonh Hilario, Loisa Andalio and the newest TNT Teen Tropa!

If you are not doing anything today, make sure you head on to Quezon City Circle for the Qualifiers set to be held on this day at 10am onwards. It'll be a whole fay of fun and amazing prizes plus your favorite stars in one place! They also get to help the school where they come from so it's just a start!

I'll be there too later so see you! This will be good!