You Know Her: Therese Malvar 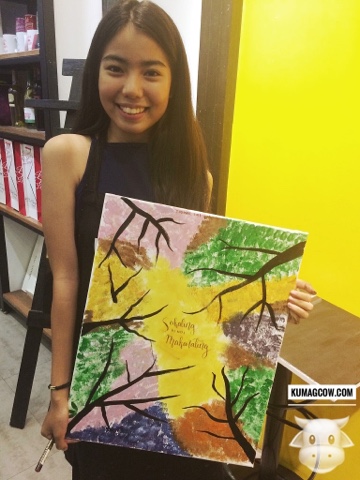 Okay so here's the thing, this event was a little different because I've never heard or seen this actress, she's known as Teri Malvar. Don't get me wrong, this is an innocent mistake because she's like someone I've never met before (in person) but when I heard the roles she's been in, I suddenly realized I was wrong... and apparently I have seen her before. She's a diamond in the rough and I think GMA Artist Center has been keeping her in the coffers because as young as she looks, she's actually MORE experienced in acting. Mind you, she's already a multi awarded actress, recognized even abroad, nope, no joke!

She's known for her projects "Ang huling cha-cha ni Anita" (her first indie film 2013), Oh, My Mama! (a GMA TV series during 2016) and "Hamog" wherein she recently won Best Actress at the Moscow International Film Festival (2015). She also did some notable roles in "Sud sa ginhawaan" (a short film) and "Sakaling hindi makarating" which also drew acclaim locally; making her one of the most awarded and critically acclaimed artists of her generation. 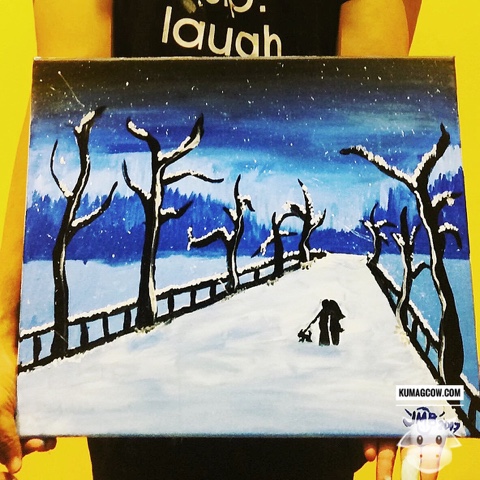 Not only that, she's a very good painter, hence this small activity that GMA Artist Center prepared for us so we could get to know her. Sip & Gogh was perfect as they had wine, cheese, fruits and crackers for us, and a couple of sodas, juices for the young ones. It was a great bonding time because in the end, we had our masterpieces done OUR way. 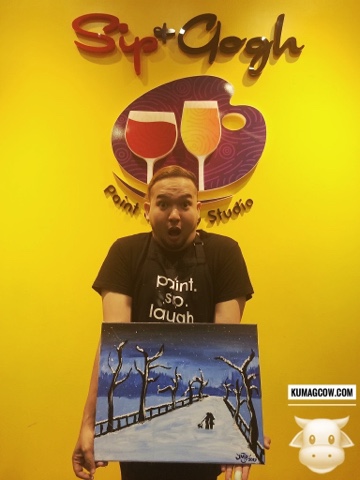 Teri Malvar who's now known as Therese Malvar will continue to make indie films and projects on TV through GMA her home station. For some of you, you might not know her now but with these recent recognition and a couple of plans of GMA Artist Center for her in the pipeline, you won't have to use Google anymore because you'll say you know her, Therese Malvar.

I mentioned that she's also in "Sakaling Hindi Makarating", if you can still catch it in theaters please watch it. I like the story and might spill if I told you about it here. So better rush to theaters and their Facebook page here if you want to know more about it. Thank you Teri, thank you to GMA Artist Center and her sponsors for having us, til next time!