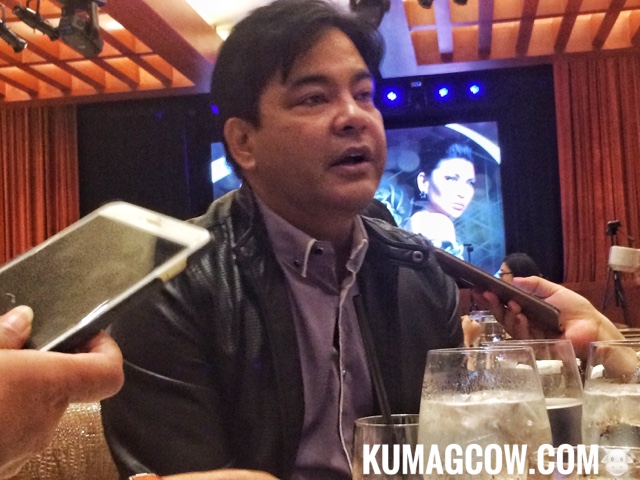 This February 14 and 15, it's going to be a great time to go out on dates and enjoy Filipino artists in their talented form. So what do we have? Of course Asia's Nightingale Lani Misalucha and the Concert King Martin Nievera. It may sound cliche but I think this season means it's automatic to go to their concerts because they're really good. This will happen in Solaire's Grand Ballroom and perhaps a repeat soon in Cebu Waterfront (I heard!). The Music Director is Louie Ocampo, so you know this is going to be a nice night.

Martin Nievera says "l think I'm sweet, you can ask all the ladies I've been with. By the way, Pops, Ariel, Dayanara and I will be on the same stage after 22 years on February 5 and I'm excited to see her. You'll hear great songs, mashups but not out of this world changes. I kinda hate when people do that. I'll sing for you guys in a bit and hope you'll see a glimpse of what to expect in the concert. Lani has guested in my show, so have I in hers. The songs we've chosen here are things that I wanted to sing with her. You'll hear love songs for the broken hearted, for pretending to be lovers. There are only a few tickets left for the 15th so if you haven't bought one yet, you should! Everyone that comes to our show usually have a mask but we want to take that out with our music, it's time for realness and it's going to be in the lyrics of our songs. You can come as you are. I don't want to unmask my girlfriend because I want her free from the judging eyes of people, I also want to keep it private. She's there, she's always behind me and that to me is great. 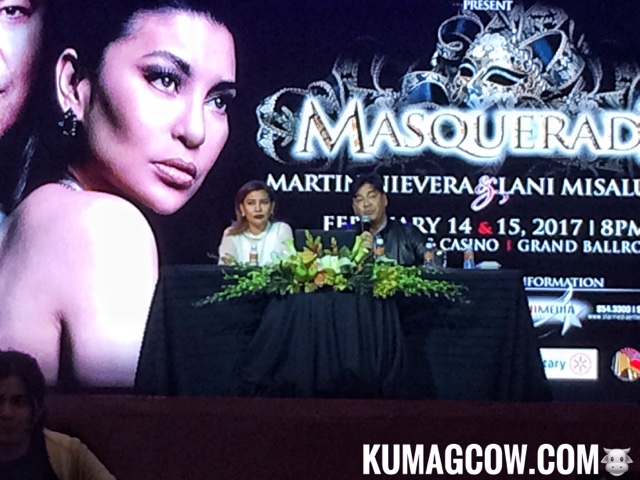 Lani Misalucha adds "When in the US we feel like domestic helpers because we do things ourselves. It's pretty hard to do that while traveling and it took me a lot of hours to get here from Las Vegas (she does shows there). We want people to be confortable and have them enjoy that evening. Martin is a gentleman, he would open the door for you, give you his jacket, that's how sexy he is. We always ask ourselves what do people want since they spend a lot, dressing up for the show. We are so happy about the music industry now that we've sold out our first day. But the most heartwarming is to know that this happens this late in our career. To be in a venue like Solaire and people go, we must be doing something right for people to sponsor and produce us. It's very humbling. We are primarily singers, I'm glad we exist in social media. The mileage we get from there is huge, we don't have regrets and we don't alienate ourselves in any platform so we don't miss the bus. I hope people would want to see us more in this concert which we plan to tour elsewhere in the world."

They would like to thank PLDT, Solaire, Belo, Zim, Pest Off, Waterfront Hotel for taking part in their concert. Tickets available in SM Tickets and Star Media. Just Google it!