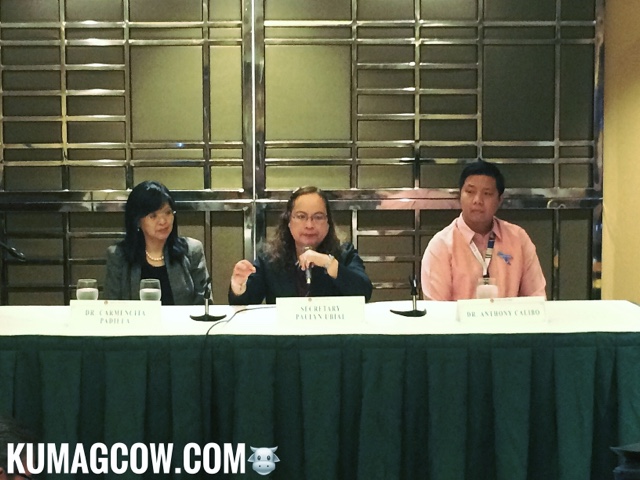 Have you had your share of experience with rare diseases? I'm sure you've had several of it heard from the news, and most of it had no cure, no extensive study and a very bleak mortality rate at that. It actually affects a percentage of the population, although low, it still would be a matter of concern because it's lives we're talking about here. Moreover, most of the kids affected die before the age of 5 which is really scary.

Dr. Carmencita Padilla says "With the infrastructure we have the numbers are more, but it's complicated and difficult with rare cases and we cannot afford to let a patient die but we have the numbers. The IRR is just being made but we're actually prioritizing the improvment of detection, improvement of laboratories, equipping pediatricians and initially we're looking at supporting medicines and supplies the mega hospitals across the countries so we have multiple specialties across the country. A portion of the president's 100 Billion fund for health, but if you factor that in we need about 200 Billion for indigent patients so this is just a drop in the bucket. We are connected with other countries and yesterday we have formalized the Asian Metabolic industry, the Philippines is one of the leaders and learning from the newborn screening method that we do, they are trying to have this in their respective countries and we are connected with them now. This infrastructure is existent and we just need to connect, we lack specialists and that needs focus training so we could address these patients. We just need to enhance it on the field, like the nutritionists and dieticians, when you look at a hospital's team the DOH nominates them. Disabilities from environmental factors are different, these are recessive diseases happen 1 in 4 times, if a person has it, it can happen to babies and the genetics clinic in PGH and connecting it to the network can get more genetic counsellors in the country. The goal is to have big hospitals to have one so they can refer people to the right doctors as a first step, one per million as the WHO suggests."

DOH Secretary Paulyn Ubial adds "Let's get genetic counsellors for our provincial and regional hospitals. The biggest challenge is really the human resource, and since 1992 we don't have capital outlay, only in 2007 did we get one and we need 7,500 more beds to at least have that infrastructure in place and shows a lack of specialization per population. We need to have force multipliers to have counselling to screen and detect with general practitioners to address these lack of people. There are gaps, we need to identify them with genetic counsellors and see if this could at least address when they happen. We have to adjust." 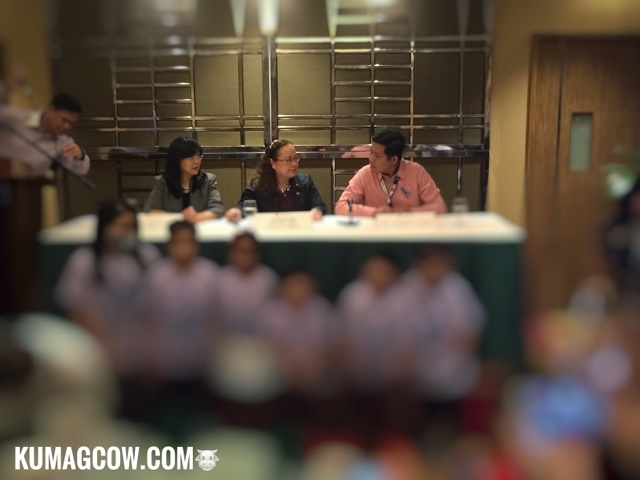 It was so sweet to see some of the kids afflicted with rare diseases to actually perform for us that afternoon, I had to hold back taking photos as I want them to have their privacy. This should be something that the governments around the world should look into, provide the needed infrastructure and manpower so these kids won't have to suffer. Please make sure you support the RARE DISEASE ACT and call your congressmen to pass this.
They should listen.
KUMAGCOW
Fresh Blogs Fast!