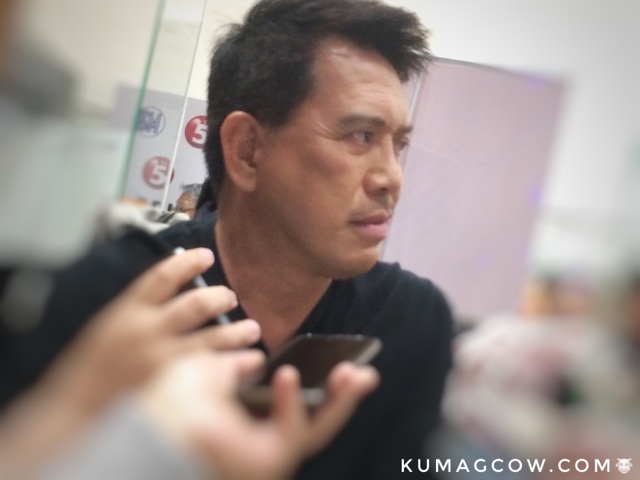 We just got off the press conference and private screening of Brillante Mendoza Presents: KADAUGAN, an installment for the show that the world famous Filipino director is doing for Kapatid Network TV5. The series has been done to showcase different customs, traditions, festivals around the Philippines and mirror Filipino lives, as real as it should. During the short interview witb the acclaimed Director, he mentioned a couple of the plans that they want to do during President Rodrigo Duterte's State of the Nation address which is going to happen on July 24, this Tuesday at the Batasang Pambansa Complex in Quezon City.

He was asked about what he thinks of doing the SONA this year and said "Maybe they believe in me and I do this pro bono, I do this for free because this is for the President and this is for the country. Other people would want to do this I'm sure, I can do this every year because I enjoy it. I have help from Malacanang and they don't limit me at all. I want to capture the President as he is, raw and not hiding anything that he says. I'll do more close ups, shots with his hands, his gestures, he is a working president and I see him mostly outside."

This installement of Brillante Mendoza Presents will star Dionne Monsanto and Daniel Marsh. According to the Director "Major networks are busy with ratings, I believe in original stories and content and will also do this in Cebuano with subtitles in Tagalog. This will star Dionne Monsanto and Daniel Marsh (although Irish is very fluent in Cebuano). Kadaugan means to win, the term stemmed from Magellan's fall against Lapu Lapu. All these episodes are from real life festivals, I had difficulty communicating with the staff sometimes as most of them are really from that place. I also did it in 3 days. After this, I will have a presscon for AMO with Derek Ramsey, which will stretch 12 episodes. I will also have Directors cut, some to be shown on free TV and cable and I feel encouraged because I see something different on TV. I work on limited budget, but produce movies, a hard task but we do it. This is an effort as we used to be number 3 in the world in producing films, we're a bit late I know but we are doing our share. I intentionally hired artists and production that are from Cebu because this is where they are from, to show their passion. Tere is a Cebuana who wanted to get married, but didn't know the foreigner fiance didn't really have plans to do that. It will touch a little on family ties, on Cebuano hospitality. Their script is all in Tagalog but the actors all translate it in Cebuano. While there are some limitations, the Cebuano crew is experienced. They will also give others the ability to see how Filipinos see foreigners and vice versa. I hope you get to enjoy this. The story is intertwined with the festival and isn't forced. The festival is like the same journey as Tere and is doing a battle for love, much like Lapulapu versus Magellan. We are very thankful for SM for helping through it's different channels and programs, we've been doing this for 7 years and continually educating people about alternative viewing, the same line as our advocacy."

The show will premier this July 30 and will feature the wonderful festival of "Kadaugan sa Mactan". AMO on the other hand will begin in August and is something to look forward to with the acclaimed director's work. A film made for TV is just priceless!