5 Reasons Why You Should Watch KINKY BOOTS 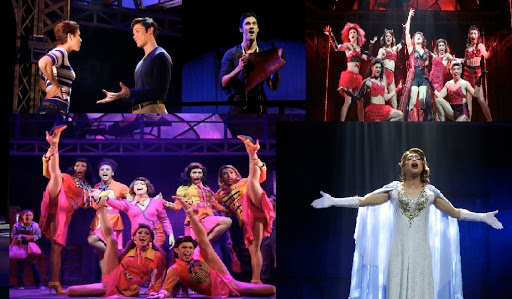 What? You haven't seen it? Are you crazy? Oh man, you must have been living under a rock.

Have you heard of Kinky Boots? It's that successful Broadway musical with music and lyrics done by Cyndi Lauper and based on a book by Harvey Fierstein. Those names along could have already convinced me to watch it, but man, this show was given a Tony Award for Best Musical, Best Choreography and Best Original Score - and yes an Olivier award too.

I watched it last Saturday and if you haven't scored tickets yet, you better do. I'm here to tell you 5 reasons why you should watch the Manila staging of KINKY BOOTS. Are you ready?

1.  The stellar CAST - If you haven't seen the cast yet it includes singer, songwriter Nyoy Volante, and the good looking guy Laurence Mossman who was also part of the cast of Fun Home (wherein Lea Salonga was also in). Yanah Laurel (lets not call her Franco Laurel's baby sister) did a super great job doing a love strucked assistant of Charlie Price (heck she's so good I waited for her character to blossom, and she did get there). Tricia Canilao (albeit a veteran doing Cosette of Les Miserables and lead of Miss Saigon, was good, but could hopefully improve more her portrayal of Nicola i.e. accent delivery "(I'm really sorry I had to say that, but fwiw it was negligible)" ) plays Nicola (Price's fiance) who will have issues with his man who wants to achieve his dreams. It's so good you would want to know more of the characters, especially Jamie Wilson who played Don in the musical. We laughed with him in the beginning, we hated him in the middle, but he was so good at the end of the show. 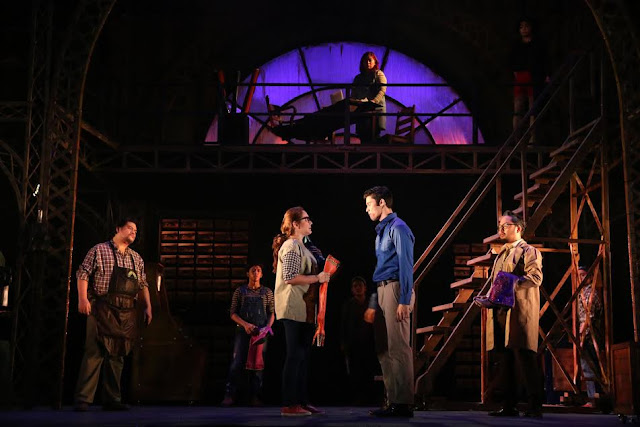 2. The LOVE angles - If you think this was only a musical with trans women dancing around, that's the wrong notion. Each had a story, a reason why they were there and why they are doing it. They saved people with their talent, you'll know about it when you watch the show. You'll see love, racism, and how it has also affected their lives. I love how they put that into the story and how it will teach the audience about it. Then ask yourself, will I go to my passion? Or be a slave of marriage? What are your priorities?

3. Exceptional CHOREOGRAPHY - You won't be able to hide your feelings, you really can't help but see yourself tapping your feet along the beat, then stand up and dance because it's okay... the rest of the audience will be doing that too. Kudos to the Angels who not only danced to the music, they completely obliterated it! If it was a dance off, they'd win that in a heartbeat. You'll be seeing splits and drop dead moves you've never seen before on theater. It would look like they've been doing it for ages, and that takes a lot. For that alone, you should definitely see this musical.

4.  Super Good RUNS - Not that I don't believe that Nyoy Volante is capable, I know he is. But KINKY BOOTS had him do it with complete dance numbers that would probably put any professional singer lose their breath. It required them to do it that long, like a piece in a concert, a medley at that. I was literally tired for him after that number, but again you've got to watch it on the second part of the show.

5.  The KINKY BOOTS - You will know how these Kinky Boots saved a lot of lives. It will also open a lot of skeletons in the closet, discuss how what you think you should do for yourself or for other people. It will teach you how to be selfless, to find yourself and eventually how you can connect that thought with the dream of making the perfect pair of shoes by making it sexy. Nyoy Volante must have felt this was a dream, he was giving it his all and I could feel it from the audience. You will too.

To give you a taste of what to expect in the first part of the musical, Nyoy Volante gave the people over at SHOWTIME a taste of LOLA. You'll love her for sure in Kinky Boots!

Oh and for the ladies or those who haven't decided yet, Laurence Mossman is more than eye candy. He's like a motor run on diesel, he gets better as the show progresses and I'm sure you'll love him too. Now it's not good that you're just hearing or reading these things on this blog, you've got to experience it for yourself. Wear the boots while you're at it and enjoy the show with friends, family, or your special someone. It's worth every cent!


You can buy tickets at Ticketworld here or at the Carlos P. Romulo Auditorium at the RCBC Tower. They've got small counters there selling tickets. You can thank me later if you loved the show. You should definitely enjoy it because I did!