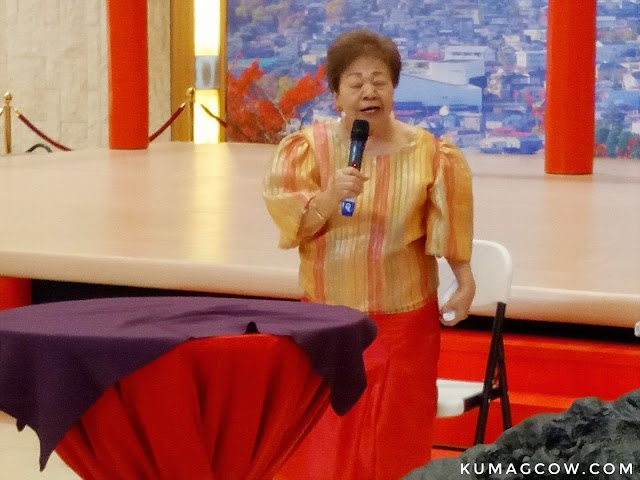 Just got off the SUISEKI event at the posh Shangri-la Plaza Mall in Shaw Boulevard this afternoon. For those who don't know, there is a large community dedicated to natural stones oftenly called SUISEKI (named after Empress Suiko) who got Chinese Scholar rocks displayed in a wooden base. These rocks are special, usually formed during a long period of time and must depict a special object or shape, like landscape, animals and sculptures. It's not modified at all. The lady above is Ms. Fely Gupit, founder of the Natural Stones Society of the Philippines. The jolly lady welcomed us all and told us the story of Suiseki culture in the Philippines and according to organizations, the country is only on it's infancy because we only started in the early 2000's, but knows how huge our natural resources are. That's our edge over other countries who do this too. 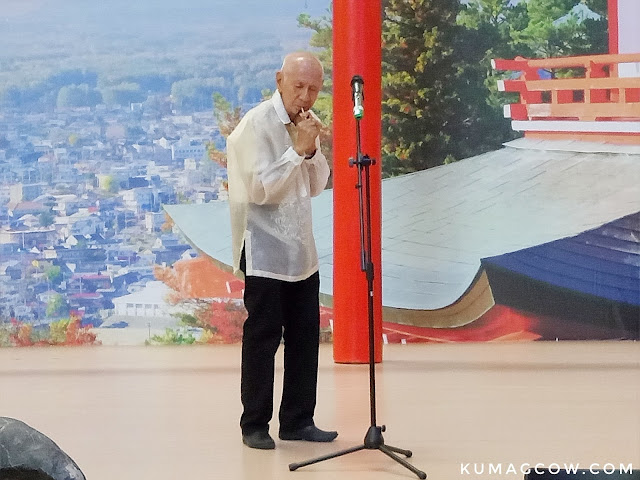 During the occasion, we were also treated with passionate bamboo flute music courtesy of that viral grandpa who played in his spare time at LRT Stations in Manila. There was a guy and young kid who performed with him who were equally talented.

People who must have been on the sidelines have been looking at it funny but if you look at them up close, you would know why people have been appreciating these rocks for hundreds of years because just like fashion, it's in the details. 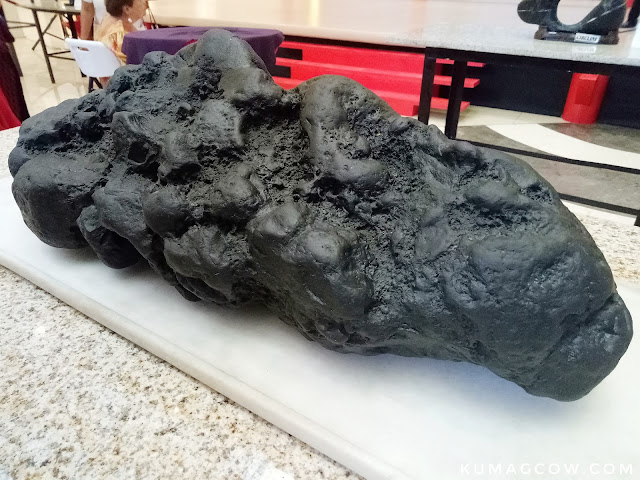 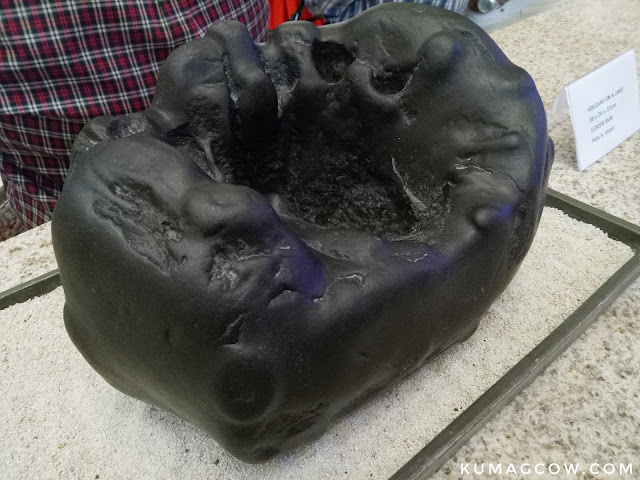 These are volcanic rocks, formed like small hills and mountains while the other looked like a sinkhole. 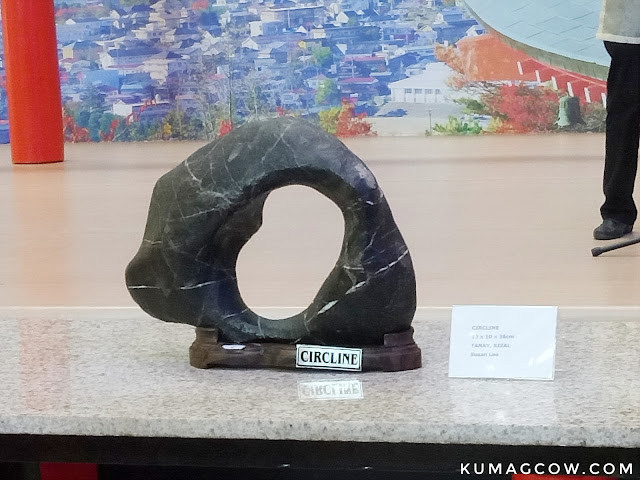 This is called Circline, very stunning to see as it looked like a real sculpture but it's only made by the ravages of wind, water, and natural soil erosion. 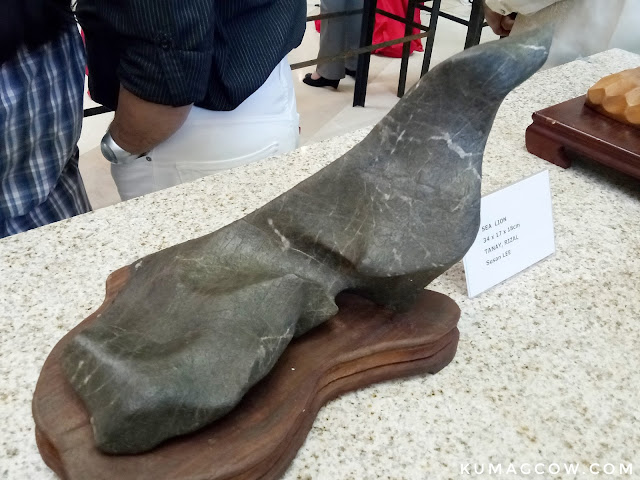 This one is called a "Seal", as it mimics the actual sea animal. I'm sure you can all see the resemblance no? 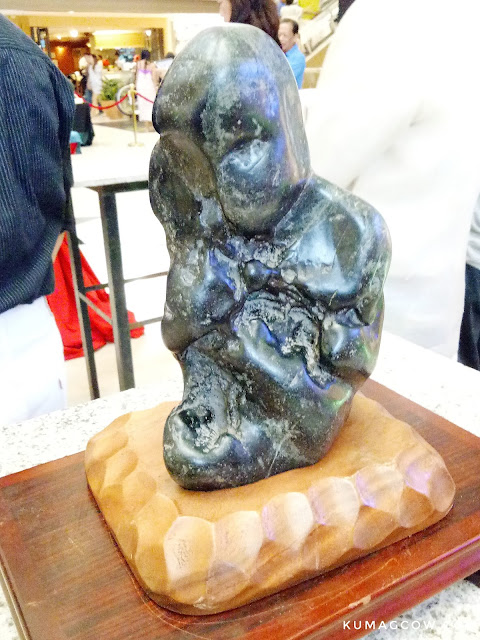 This one looks like a sculpture that looks like it was inspired by "Madonna and Child". The organization called Natural Stones Society of the Philippines has been doing these exhibits in different places and museums to bring awareness of the art, which can be a good hobby for Titos and Titas of Manila. 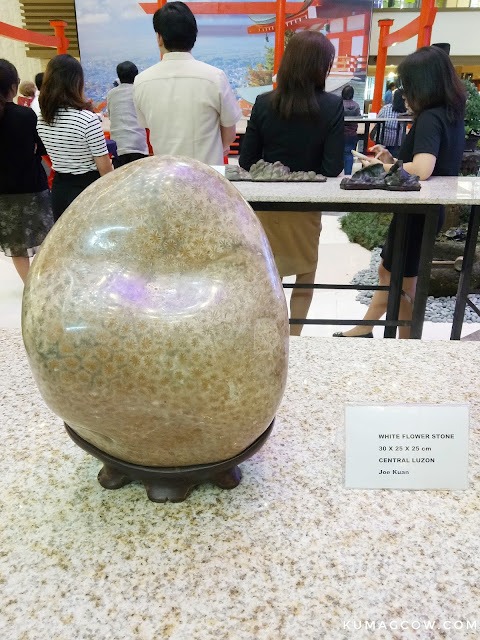 This is one of the most fascinating pieces I've seen on display because if you look at it, it's got tons of flower patterns that are intricately arranged on the stone's face. If my hunch is correct, this is a former coral and I'm sure the Philippines has got a ton of these since we are an archipelago. 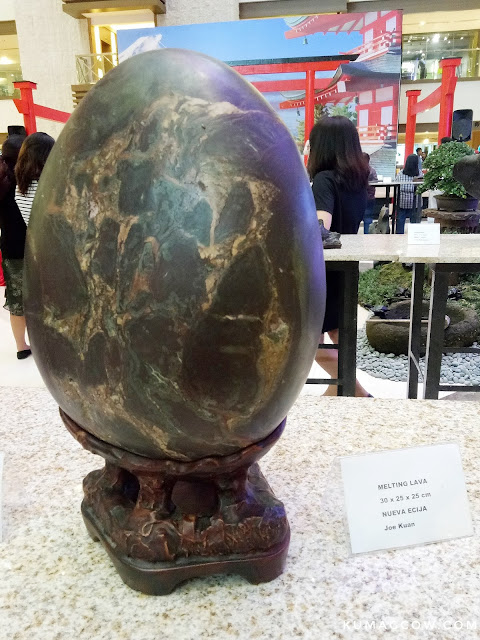 Some pieces hail from Nueva Ecija and with the multitude of caves there, I bet some of these pieces have history involved. It looks like there's a ton of stories involved in picking up stones like these. 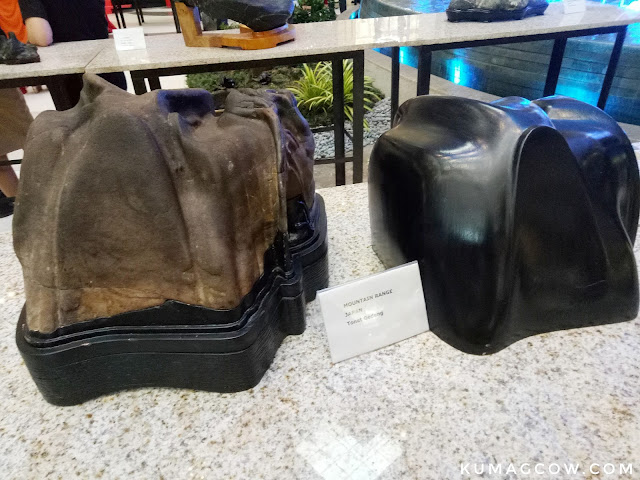 This is entitled "Mountains" which I figure is more because it looks like the ULURU mountain in Australia or just like certain mountains in the Philippines. I think I get why scholars have gotten interest in these things and get inspiration when they study. 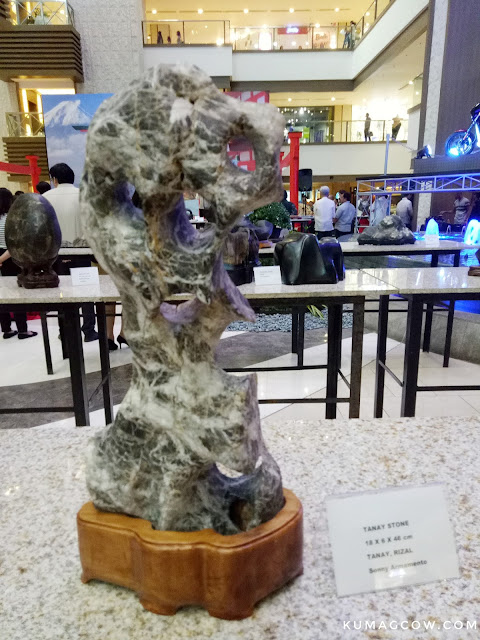 Tanay Rizal is also a source of these interesting stones. Mind you I've seen several things like these that cost thousands of pesos, no joke! 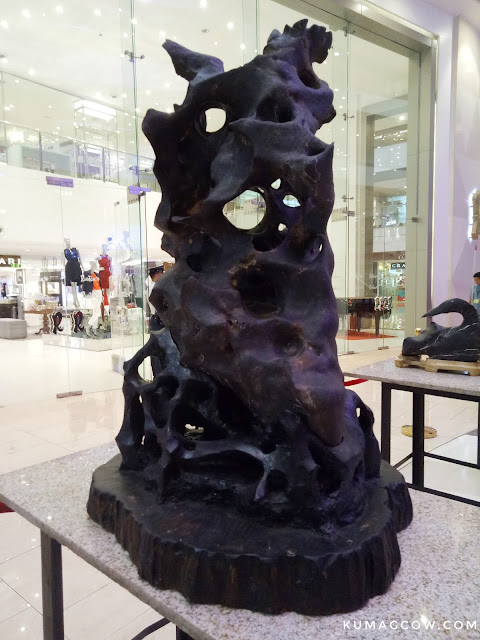 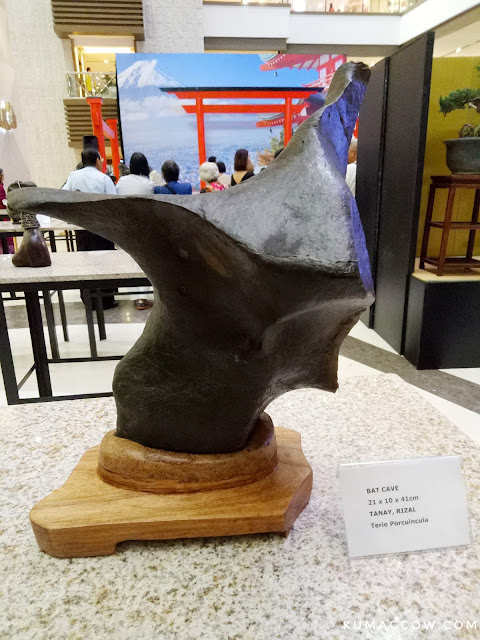 Bat Cave, as the name suggests this looks like a bat in flight. Several stones on display actually look like other animals, like turtles, birds, mammals, and you don't even have to imagine. 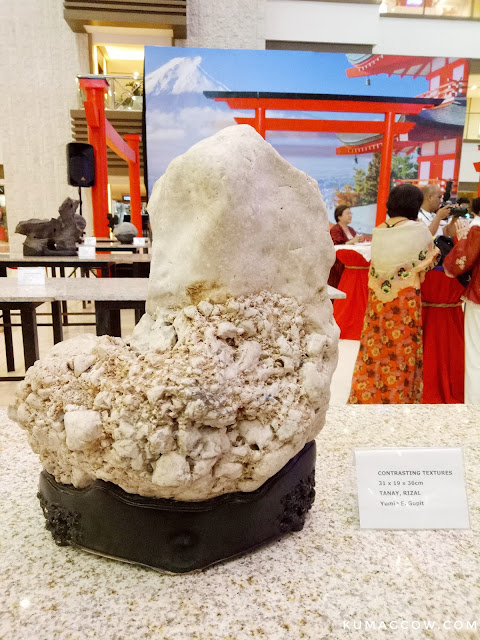 This one is textured, one which we often call "Batong Buhay" in local lingo. This is interesting because people would just brush this off, put it on a pedestal and it looks like a million bucks. 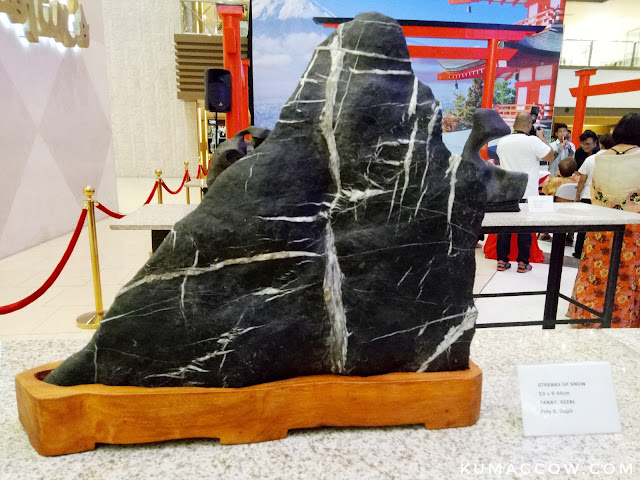 For those who are interested to actually make this a serious hobby, Titos/Titas of Manila are encouraged to contact Ms. Felicidad Gupit, founder of the Natural Stones Society of the Philippines. If you would like to join the club, just call 5717818. After three days they will have a new set of stones on display so I hope you could get to see it before July 26. This is part of Shangri-la Plaza's month long celebration of everything Japanese. There are small shops, a lot of displays, kimonos and retail stores that show their wares so buy them all if you're in the mood for shopping. They have events every week so if you're in the mood for fun and luxurious retail therapy, Shangri-la Plaza has them all! Visit http://www.shangrila-plaza.com/ for more details!