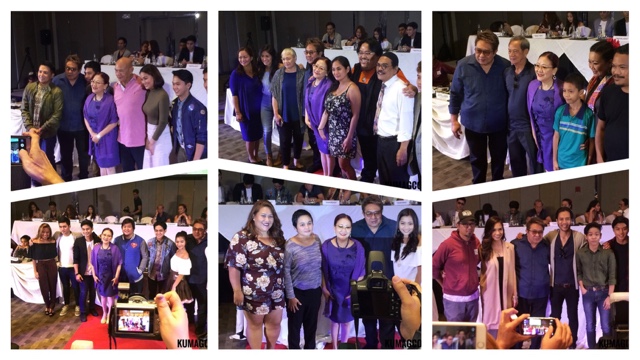 After planting a seed last year, it looks like ToFarm 2017 is already bearing fruit. Several entries shown first on this festival have already won several accolades and nods of critics locally and around the world. Dr. Milagros O. How has spearheaded one of the most successful film showcases and dedicated it to shown the plight of farmers, agriculture and their families, made it even more powerful to tell their stories in 6 more quality movies to be released in the festival this year.

It includes Victor Acedillo Jr.’s "Kamunggai" (Malunggay), Topel Lee’s "Baklad", Byron Bryant’s "Sinandomeng", Joseph Abello’s "What Home Feels Like", Jason Paul Laxamana’s "Instalado" and Tara Illenberger’s "High Tide". We'll be featuring some of the artists and their characters later on this week so be sure to stay tuned.

For the opening salvo, they will also be featuring the work of Gerry De Leon called "Banaue: Stairway to the Sky!" starring no less than Superstar Ms. Nora Aunor, Christopher De Leon, Johnny Delgado and Ronaldo Valdez. The veteran actors will also grace the event on the 11th of this month at Novotel in Quezon City. They will also witness the re-introduction of the films together with the stars and directors of the 6 film entries this year.

Now this is exciting news! I can wait to see it on theaters, good thing there's still space for quality films during this run (without anyone resigning from their board LOL). You mat visit https://www.tofarm.org/join-tofarm/8 for more details about the film and information about the festival!

It's pretty apt for their theme this year which calls for "Planting Seeds of Change".