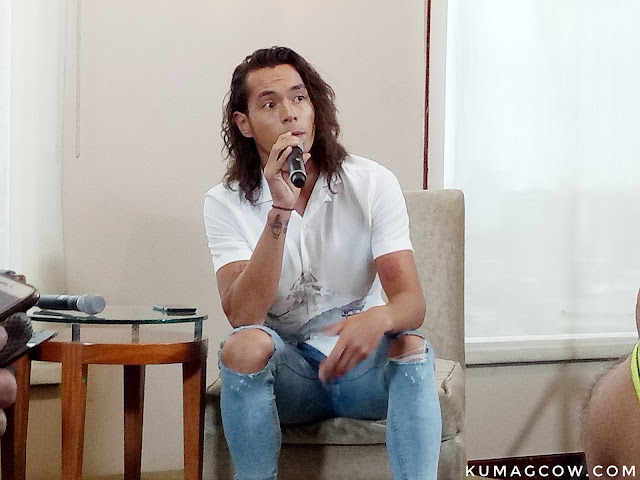 He's been honing his craft for a couple of years now. Been in and out of the country to take upon himself schooling and all the hodge podge of acting; which he deems important from day 1. This time though he takes the role and movie production of a Cinemalaya entry called "Requited" together with indie veteran Anna Luna. Directed by Nerissa Picadizo, this romantic drama film tackles the relationship of ex's Matt and Sandy in their journey to bike from the city of Manila to the province of Pampanga to the hills of killer volcano Mount Pinatubo. Matt suffers from Parkinson's disease, and you'll see how this journey would spell how they rekindle their romance or end in his tragic death. It was his dying wish to accomplish this with her, which she unselfishly obliged. 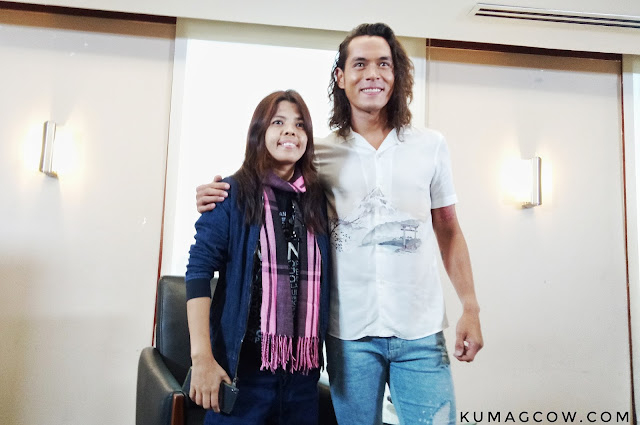 Jake Cuenca says "I guess if there is a lot common between me and the character it would be the moving on process. I get into the role early on but I laugh because she's (Anna Luna) so funny in person. I guess it was a challenge to do this as I got into an accident and broke my hand, we waited for 75% to heal and removed the cast. It was hard and we had torrential rain in between takes but the place is just majestically beautiful so we had to shoot there. It's the love for being out there, the speed, human power, nature and the appreciation of the scenery that you will see in the film. It was fulfilling, I'm not thinking about returns but how it would be seen in the film. I want to do it this way and I'm attached to it. I can't even be a diva because if it's dark we have to pack up, it is gratifying to see the process of editing and color grading. I am not even looking at the numbers, but I see this commercially released. It is so easy to understand but the ending is unpredictable. We can think about the numbers later. The grant is only 750,000 so just imagine how crunched we were on post production. If not for Direk I don't know how this would happen. I hope I could become a Director soon, I'll have to study for that too."

Jake and Anna has been together in Ivanna Chubbuck classes and she really auditioned for this role (one among thousands). She's lauded by Jake because they only required themselves to act as natural as possible, and accomplished it easy. Aside from this project, Jake Cuenca will also be part of Ang Panday which will be sent as an entry to the Metro Manila Film Festival 2017 and directed by Coco Martin. The Gala Night will happen on August 8 9PM at the CCP Main Theater and will be shown from August 4-13 in various Ayala Cinemas nationwide.