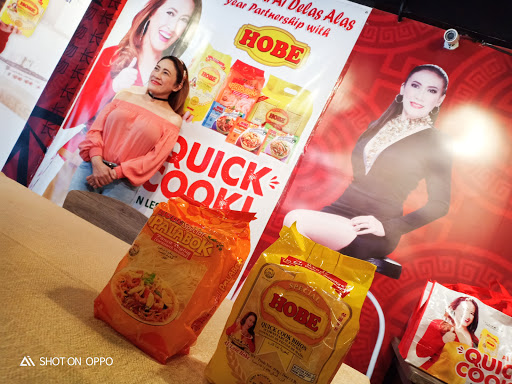 It's her 4th year with the brand and still going strong, Aiai Delas Alas remains on top of her game. Aside from her regular shows, several businesses, management duties with top artists, she still manages to continue relationships with brands that trust her, one of which is HOBE Noodles.

HOBE Noodle sales has indeed gone up in the past few years (x3 in sales according to them!), and as previously said by the brand's CEO, they chose Aiai to be their endorser because the ordinary Mom's at home relate to her, trust her the most when it comes to their choices. Aiai says “I think I am their favorite, it’s been 4 years but they still believe in me. The reason why my husband is also happy is because I cook for him, he tells his friends about it and he is proud of me. I will be in exhibits and cooking demos in world trade center. I would want to do a TVC in the provinces. The products are also being sold outside the country, I hope they do another presscon about that.”

“I wish to have webisodes for them because it has been a regular thing for brands to do that. I only made a mistake in cooking when I was a noob, but I have studied hard so that doesn’t happen again. I also experiment, I also add organic ingredients because that’s how I eat these days, I keep it healthy in the kitchen.”
”Aside from HOBE I have a cinemalaya entry called School Service, another movie with EX Battallion, the Clash and another endorsement next week. I also believe in organizations, mine included, who have direct contact with the poorest of the poor, we do a lot during Christmas and that to me can’t equate to things. I do this with other celebrities but we don’t tell people about it much, I remember even asking government help when someone asked me for blood donations, I want something that would directly help and if it is politics or not I would still gladly help. We also give HOBE and food packs when Christmas season starts and I’m glad I got a lot of help with that.” 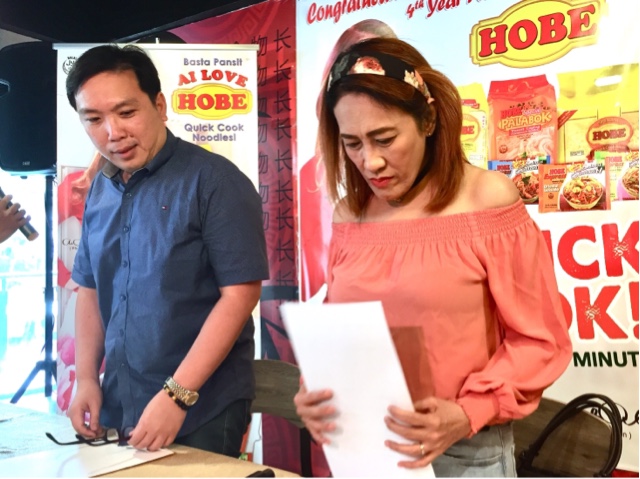 She adds “For those who want to know, Jay Roa and EX B are planning to get some songs together. People were so elated about seeing him and the boys together during the concert so I would like that to happen soon!”

HOBE Noodles CEO Bobby Co says “Yes we are raising her talent fee and aside from that, renewing her contract. She has been instrumental in making the brand as big as it is and we’re glad to have her on board for another.”

Congratulations Ms. Aiai Delas Alas, you continue to shine because you are so good to people.