When Madame Rebecca Shangkuan Chuaunsu went to China to trace her roots, she stumbled upon the story of a Chinese professor who told them about his greatest love and heartbreak. It takes them to the oldest Chinatown in the world, our very own BINONDO in Manila, Philippines.
I've been i n BINONDO quite a few times over the years and I like how it shows the Tsinoy culture, the delectable food choices, the nice olden buildings and its people. When I heard it was being done as a musical, I've had a pretty good idea how it would look like. In my mind it would look and feel that way too, but I watched this show - it had me crying towards the end of the story, I expected less, they have indeed given me more.
Albeit some creative freedom to make this for the stage, I didn't mind at all. They introduced us to the love story of Lily Dela Rosa and Ah Tiong. Lily is a lounge singer whilst Ah Tiong is a scholar who did his phD in the US, spent his vacation in BINONDO for two weeks finding himself falling in love with Lily before he went back to Beijing. The story revolves around an era where Mao meets Marcos, victims of situations they did not have any control with, what they were sure only of what was they love each other. I don't want to spoil the whole story for you so I'll concentrate on the actors performances because there are a lot of them that should be lauded.
The ensemble cast who played many roles, all were essential, although took some attention, provided entertaining comedy in some serious and tough times. The hits and misses we're just in the costumes as if we are going to talk about period clothing. The 70's should have stayed 70's, and the Chinese should have stayed Chinese, and not like French clowns which reminds me of some of the pieces here. This is a big production, upscale audiences could see the runs on panty hose, some sloppy adhesives on the microphone which would take away a lot of the actors look. I was worried about that. It demands so much talent and passion, they gave that solidly though, highly commendable. 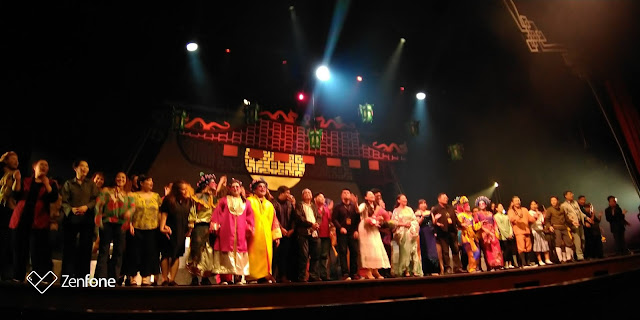 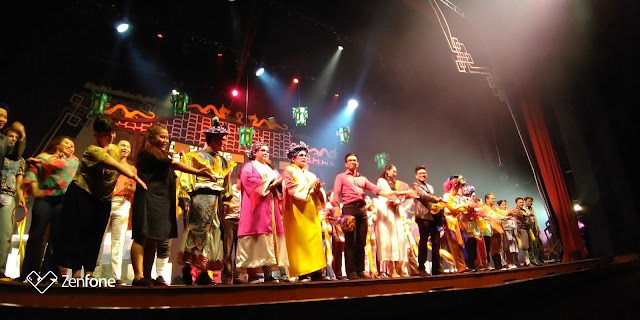 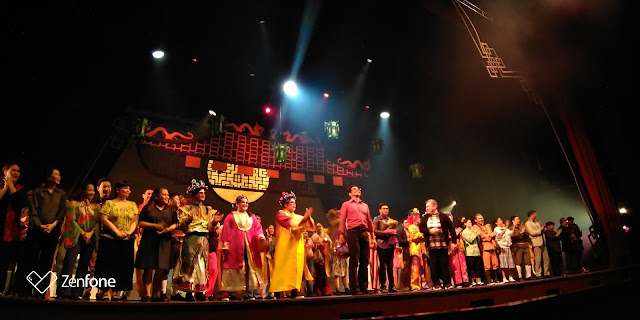 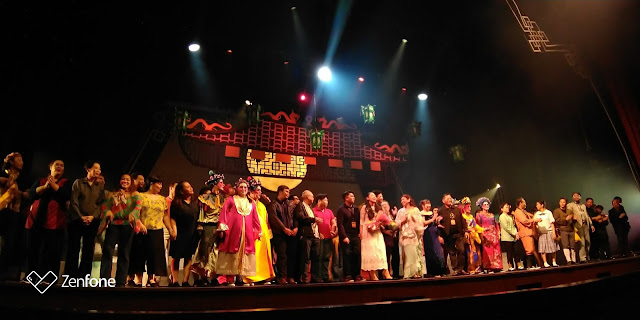 BINONDO would be so good for Tsinoys and people who would like to see and feel love, have their hearts broken, hope, disappointment, and all the feelings in between. Congratulations to Rebecca Chuaunsu Film Production for a job well done on this original material, this was just awesome, sophisticated, full fo feelings and playful.
You may watch the show in it's last 5 runs. Binondo, A Tsinoy Musical happens this July 6 Fri- 8pm (carla / david / floyd), July 7 Sat- 3pm (carla / david / noel),  July 7 Sat- 8pm (shiela / arman / floyd), July 8 Sun- 3pm (shiela / arman / noel), July 8 Sun- 8pm (carla / david / floyd). It's worth to watch, I enjoyed it so much I may invite a few people on Friday to watch it with me.
It's sensational and beautiful, some flaws but a good story and interpretation. Watch it at The THEATER at Solaire in Pasay City.
KUMAGCOW
Fresh Blogs Fast!
Posted by John Bueno at 5:26 PM