A Decade of UNIQLO in the Philippines 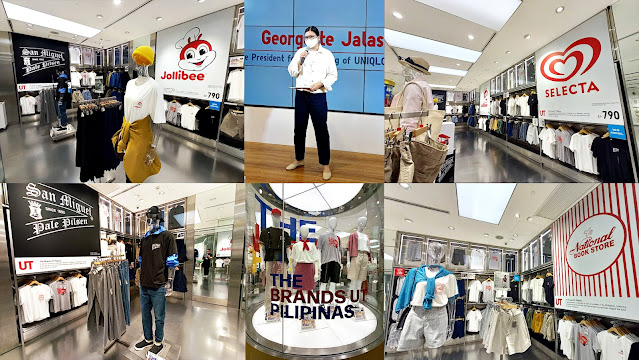 Had so much fun yesterday at the UNIQLO Flagship store in Glorietta 5 in Makati City. Press, Vloggers, Bloggers and Influencers were treated to first dibs on how they celebrate 10 successful years in the Philippines. While we were there, I was one of the few people who got to join games as they asked hints of the new collection they're releasing to commemorate the occasion. 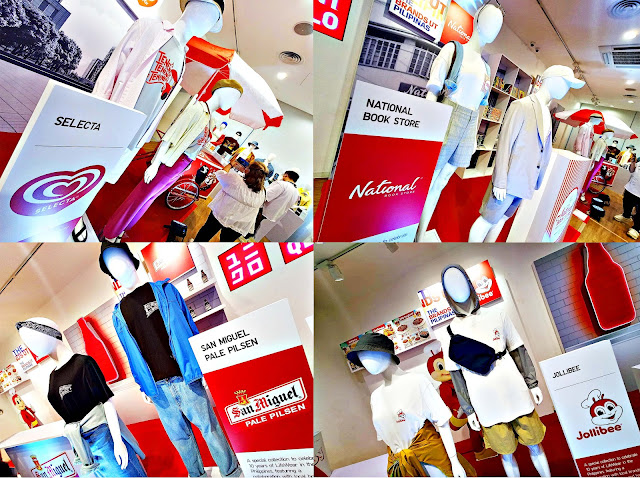 Their thrust is having a UT collection that's ICONIC. They collaborated with brands that have been in the lives of Filipinos, because of course, they are LIFEWEAR. They then announced that the THE BRANDS UT PILIPINAS include JOLLIBEE, SAN MIGUEL BEER, NATIONAL BOOKSTORE and SELECTA. Much of them had the official logos of these brands, Jollibee had the bee logo in the front left side, San Miguel Beer had the San Miguel Pale Pilsen label on the black shirts. The one for National Bookstore had pockets with the classic red and white stripes design of the old National Bookstore logo. Then Selecta was a bit more colorful putting the actual Selecta trike with words TENENENN a couple times, a thing that these machines play when they're out on the streets and getting kids sweet treats these days! Which one takes your fancy?

They are also doing a lot of promos using the Uniqlo app so make sure you download that as well. They have showed me a few CSR projects they do with re-used fabric from cuts made on alterations of jeans in the store. They sell them to local women who sew and buy the product back as bags, they were awesome looking! So really, there's no waste happening with this clothing brand.

Thank you to the good people from UNIQLO whom we were able to spend our afternoon with. I like the new UT shirts you came out with as you celebrate 10 years in the country, that's no small feat! Congratulations!