Had a lot of fun over at NANKA and their "Dirty Kitchen" bar at Roces Corner Mother Ignacia in Quezon City. We were there to witness normalcy, listen to music from talented artists from JUST MUSIC which is under Cornerstone. It's a bit special because the artists under this subsidiary are singer songwriters. As the evening progressed, we saw Patrick Quiroz, Kenji, NKD and TJ Monterde perform live for an audience prior to our interviews.

The vibe I was getting was, they're pretty glad to have been able to perform again. As you may understand, entertainment was hit quite hard during the pandemic. As restrictions ease, they were able to let a few people in the venue (mostly solid fans) so they could perform a few covers and some of the things they wrote as they released new singles. A discovery for me was Patrick Quiros since I often only see him acting on TV. He did a stint in Singaling and won it, and during this time I saw him singing those hurtful songs romantic people usually bury themselves into. If you would like a glimpse of it, go check out my TikTok account @kumagcow as I've uploaded some of it there. 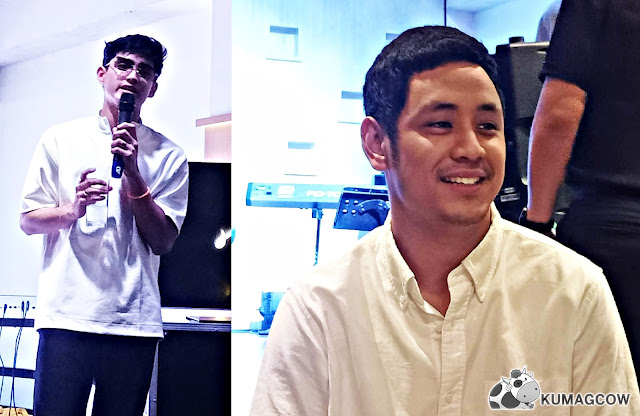 Kenji talked to us about how his song "LIHAM" came about. From my perspective, the lyrics of it were very personal and a bit too hurtful for comfort. It turns out much of his songs are actually from personal experience... which explains a lot why people feel this way when they hear him sing. Here's part of our conversation on video, enjoy!

TJ Monterde on the other hand was giddy, as it's been a while since he was able to perform in front of his fans. He felt this was something he needed to do as it's been a decade or so that they've been supporting him in all of his events, hits, and achievements. He also wants to make this evening extra special because his wife KZ Tandingan was in the audience, making those love songs pretty useful. Some of his performances that evening are also on my TikTok account so follow if you want to :) Meanwhile, here's our interview with TJ after the show.

TJ also talked about his latest single "WALONG BILYON", which stemmed from the millions of stars in the galaxy, you found the one to love and will love you back. It's how he described the love he's got for his wife, as he recognizes how lucky he is to be with her everyday.


This is just the start for JUST MUSIC and I'm sure Cornerstone Entertainment will get more artists on their stable. Patrick Quiroz, Kenji, NKD and TJ Monterde were all amazing!