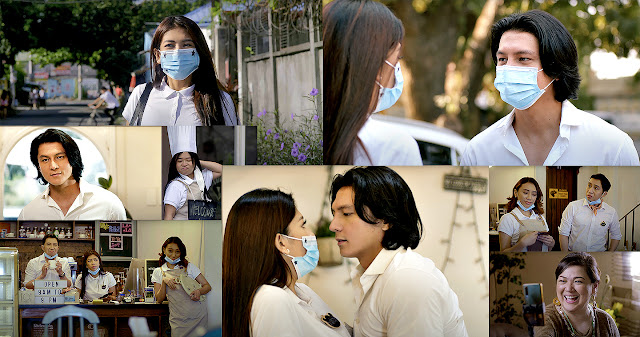 Netizens are begginning to feel the excitement over Puregold Channel's newest series called "Ang Babae sa Likod ng Face Mask" starring viral sensation Herlene Budol and good looking guy Joseph Marco. They play the role of lovers, about to delve into romance and they're already building intereset in social channels, with released videos already getting 1.1 Million views in less than 24 hours, a feat that wouldn't be beat proor to the series premiere.

Both Joseph Marco's and Herlene Budol's fans are showing their support for these actors, telling how they feel giddy over their new pairing. Herlene plays Malta who works hard for the money, trying to make ends meet and support her mother Madam Baby played by Mickey Ferriols. Marco on the other hand plays Sieg who just came out of a relationship, but while hurting meets this mysterious gal with a face mask comes and becomes interested with her. Will this spark romance on the show?

You can watch the episodes of "Ang Babae sa Likod ng Face Mask" on the Puregold Channel on YouTube every Saturday at  7PM. The first one will be on June 11th so make sure you don't miss it! You can also follow Puregold's social media channels for updates about the show, who knows, they might show some behind the scenes clip while you're there. Can't wait to see this soon!