It was a little over 3pm when we got to the Bambbi Fuentes Hair and Make Up Salon in Timog Avenue, Quezon City. We got there to get to know a few people behind the film "Sugat sa Dugo" (with international title Wounded Blood) that won the Best Actress Award for Ms. Janice De Belen at the International Film Festival Manhattan 2021. 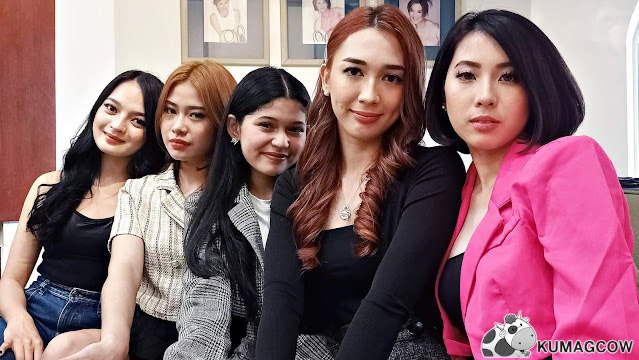 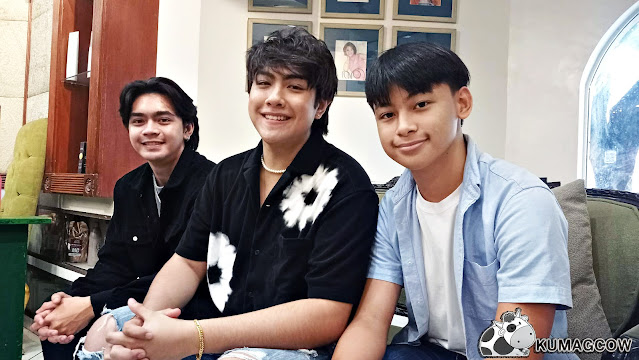 These new breed of lads and lasses are under famed Make Up Artist Bambbi Fuentes and Businesswoman Tine Areola's very own Dragon Artists Management Group. They've scoured the nation and auditioned a lot of talents to choose who to take in, and from what I've seen, they all look promising.

Albeit new to movies, these ladies have been doing shows, pageants, showcasing their talent in different Emcel K Abuso is more of a jack of all trades and often join beauty pageants in different provinces around the country. Mira Aquino on the other hand is a very spirited singer and composer. She got us a bit stunned when she suddenly sang the soundtrack for the movie. I've observed Shira Tweg to be a little shy, but perky. She also sings and dances, I guess the requirement for them is being a triple threat. Christa Jocson has done several shows on TV, but takes this experience of doing the movie a bit educating. After all, they are learning the ropes of the business by playing different roles. Mosh Gerodias was a ball of energy, saying her role in the movie is pretty close to home.. as she likes being the life of the party. Here's our interview with them a few days ago.

There's no shortage of talent with the boys from Dragon Artists Management. Leonne Adriano might be young but he's done several indie films already following the footsteps of his Grandmother, the legendary Rosanna Roces. Khai Flores on the other hand comes fresh from his stint in Kadenang Ginto and a few movies in the pipeline. The guy has good looks, very confident, and quite smart. He also plays Janice De Belen's son in "Sugat Sa Dugo". RJ Ariar on the other hand has found a new home with Dragon Artists Management. He used to be in a boy group but felt he needed to spread his wings elsewhere. He ultimately wanted growth and with the several projects he's gotten under Ms. Bambbi and Ms. Tine, he's learning more especially with the movie they made. These guys are barely scratching the surface of what they are capable of and their management knows that. Here's our conversation with them about the movie.

Seeing fresh new faces, possibly the artists that would eventually become the big stars of the future made us feel a little assured that there's a huge source of talent in the country that will continue to grow. I hope you were able to get to know these guys and gals during the small conversations we had about the movie. "Sugat Sa Dugo" will be shown in the Philippines soon. The acclaimed short film has been made into a full length one and they're raring to show this to the general public. The goal is, to let you know about the cause they discussed in the film as it's about HIV, family, and love. Here's hoping they get to follow through with making it as touching as the first so Filipinos could learn more about why they made this film. For those who don't know, this is written by Bambbi Fuentes (based on a friends account), Produced by her and Ms. Tine Areola under Dragon Entertainment Productions.