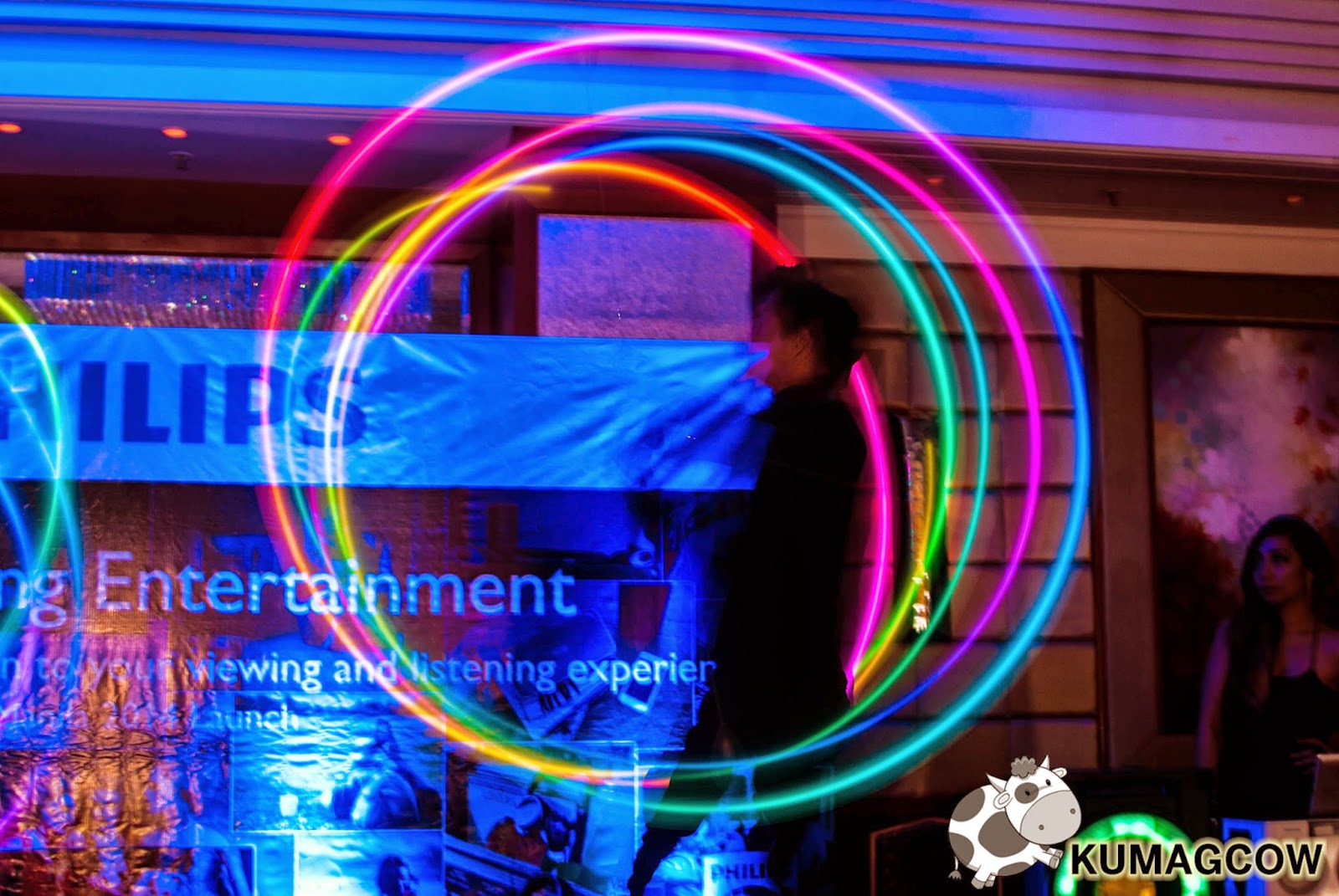 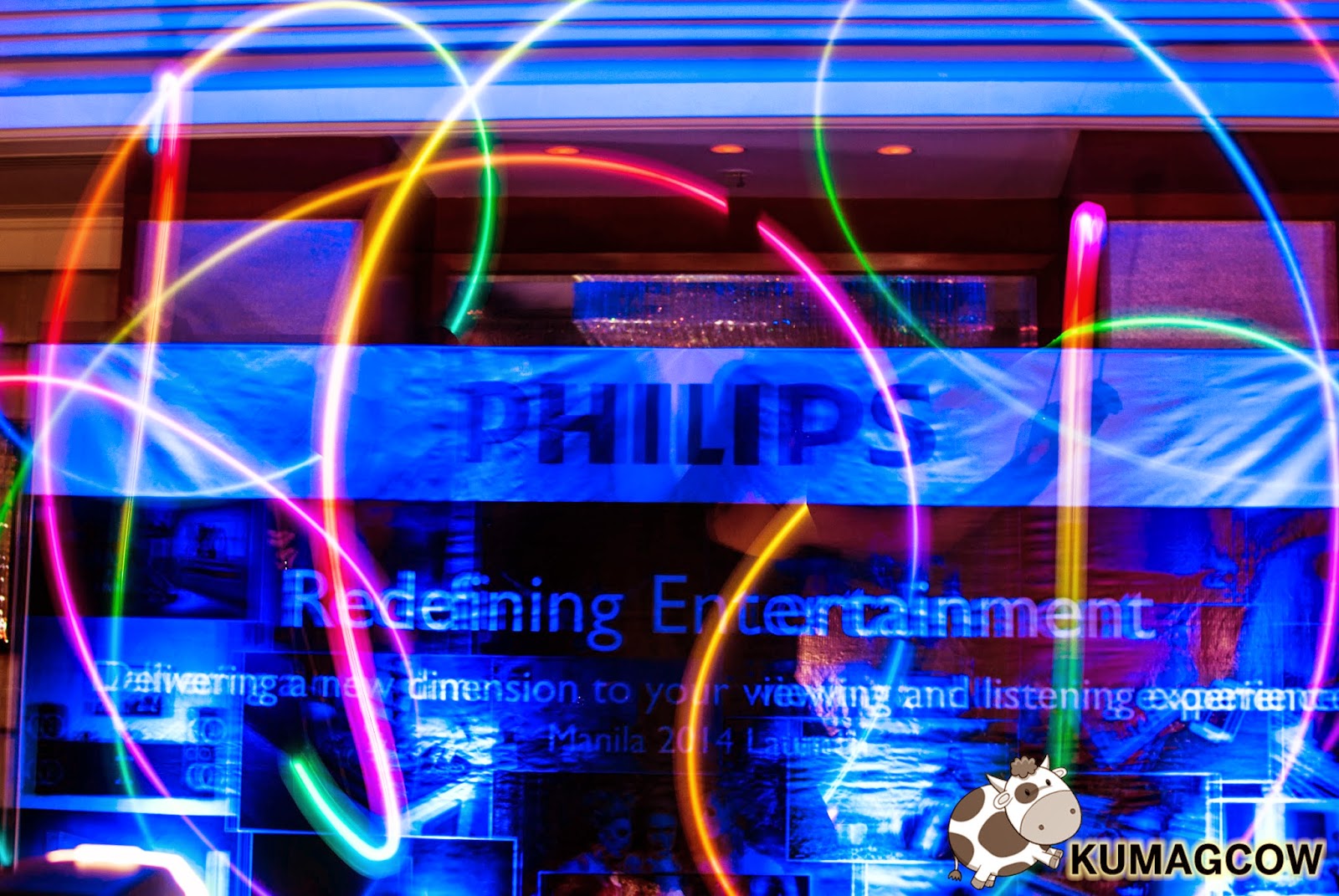 We started with a feast for the eyes that afternoon and yes I did really enjoy that part. What we were here for though is a similar thing.. a taste of the Philips brand of exquisite visual and sound quality. Have you heard of the Philips Golden Ears Academy?

Mr. Jason Chang, General Manager for WOOX in Asia Pacific says that they are proud to introduce these new Audio and Video devices to the Philippine market. WOOX is a Philips owned subsidiary that focuses on audio and video products. Now that they are bringing these gorgeous pieces of hardware in the country, ordinary users and audiophiles will surely enjoy their well researched and developed new line of UHD LED TV's, Wireless Speakers, Soundbar Speakers, Blu-ray Home Theaters and Surround on demand speakers.

Ivan Lui the Regional Product Manager (APMEA) for TP Vision introduced and discussed to us the Ultra High Definition TV's and how the new Ambilight feature enlarges the TV viewing experience by 10 percent. If you can also see above, the TV actually seems like it's floating no? This is because they've got experts from Europe designing these all for them. Aside from that, they've won countless awards for innovation and design in various bodies like CES, Reddot etc.!

Right here is Thomas Peeters, the Sound and Acoustics Architect from WOOX Innovations Hong Kong. He's involved in sound engineering, project management and the development of new product concepts. He also took part on Philips Research and the European Space Agency. His undeniable expertise in music and audio engineering has brought him to the offices of Philips to take charge in the development of headphone sound, acoustics and comfort. That afternoon, he delved much on the process of certifications done in the Philips Golden Ears Academy. The program was designed and developed for sound engineers in Philips. We were shown several exercises to actually depict every track whether it's bright, dark and show the minute differences of every frequency. It was a little mind blowing to see what they had to go through in order to achieve the perfect sound quality that only Philips can introduce. Taking these exams would make them connoisseurs of sound and will make them certified in four levels of difficulty namely Basic, Bronze, Silver, Golden Ears. I think there's even a Platinum one but the frequency change was too minute to even hear from where I was so I'm sure everyone's going to have a hard time passing that. If you want to see it for yourself, take the exam at https://www.goldenears.philips.com/en/signup.html

The unit on top just below the TV is the new Philips 5.1 3D Bli-ray Home Theater. The sound quality and all in one feature shows a sleek, masculine but convenient look in every angle. The things they do to research and develop that perfect standard for sound is even impressive.

The sound bars were really interesting. Don't let the small and sleek lines fool you because as far as sound goes, it packs a wallop. You can even remove the two side speakers and put them around you. The surround in demand thingy is something unusual for me though because I didn't even think about putting one at home. It made total sense though. The Fidelio line especially, it was sound perfection. You can also check out the Philips Soundbar HTL6140 which we experienced that afternoon.

I was also amazed on their capability to have these things networked. They've got proprietary frequency connections on their devices that makes setup an ease. All you need to do is plug it into power and have wireless connectivity on them do the work. It's also got the audio really good even if it's in that format. I know some people who don't actually believe you can get wireless sound this good.

We also saw their brand new Philips M1X DJ Sound System. It's like a party in a box. They have launched this late last year as they partnered with World #1 DJ Arvin Van Buuren. You can mix, play and share everything in one device. You can attach your Apple Device on the lightning cable and get the party started anytime, anywhere. Pair it up with heart thumping HIFI systems like the NTRX500 or NTRX700 and you can turn this all into a freakin concert! Play the tunes and it'll mix it up for you without any effort. Press the button and it can even highlight the best part on your chorus.

Unbelievable that they can do this without any professional DJ in place. Other than that, take your DJ dreams into reality by getting the A5-PRO professional DJ headphones that's distortion free even at high volumes. Isn't that a dream? Check their channels below for pricing and more information.