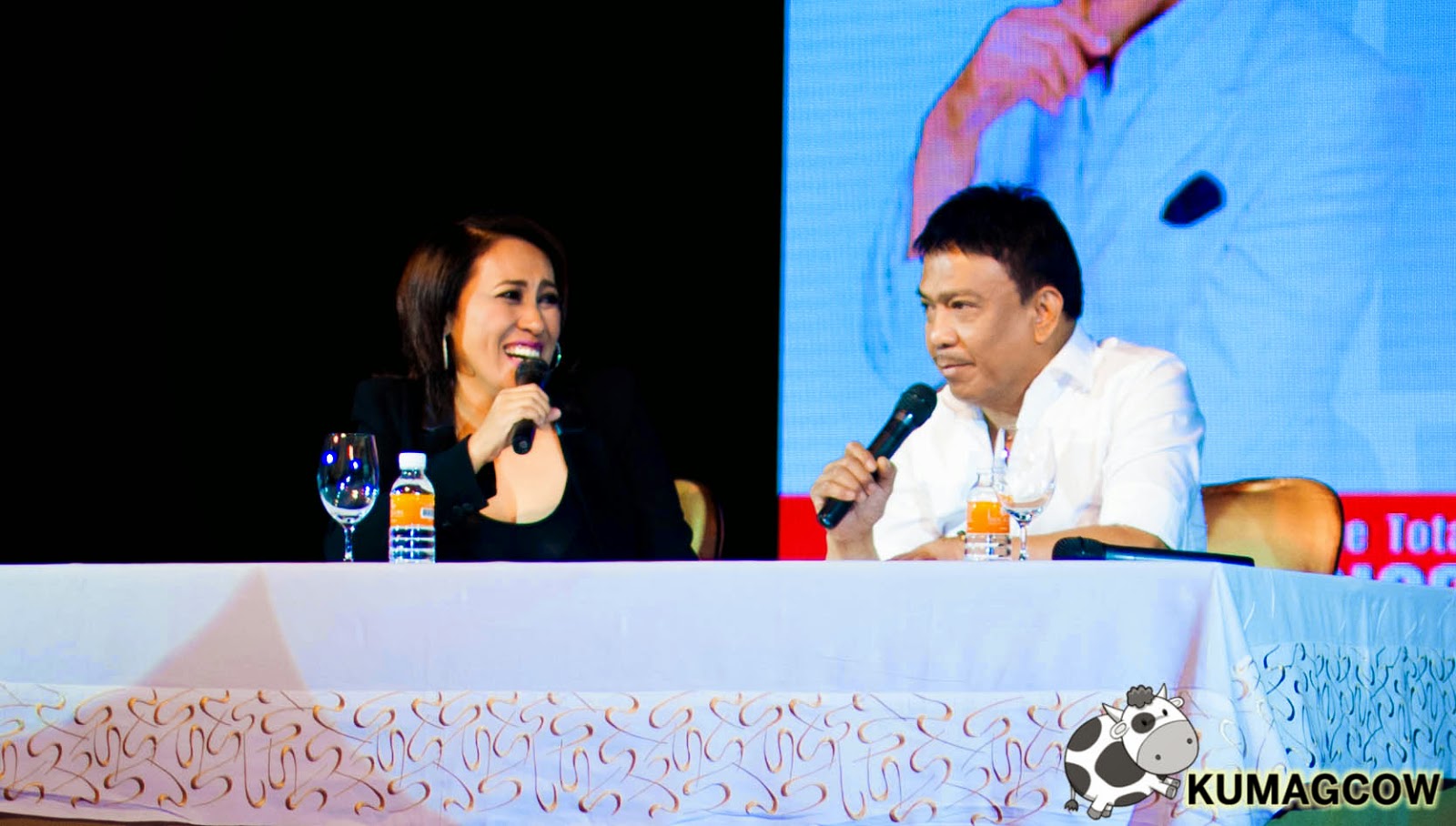 It was a naughty and nice afternoon to get to talk with the Comedy Concert Queen Aiai Delas Alas and the Total Entertainer Rico J. Puno as they bring to the Philippines their best concert series yet as seen in the US and Europe called MACHO GWAPITA. This is going to be seen on July 26, 2014 at Solaire Resort's Grand Ballroom.

A word of warning, this show isn't going to be for kids. They are not going to hold back on the green jokes which folks from Las Vegas also found so amusing when they did the shows there. If the US leg was successful, what's stopping it from being more fun if it's in the Philippines right?

Rico J also mentioned some stories while they were doing the shows in Vegas, Aiai also remembered a drunk guy in the audience who was heckling and saying expletives in the beginning and almost forced them to kick him out of the venue... later on, he was laughing so hard and even enjoyed the show. Aside from the usual song numbers, you'll get the very best antics that only an Aiai can bring. I heard she'll pour in several of her skits as seen on her concerts and add in several new material that she wouldn't dare spill because she wants you to watch the show.

Oh by the way, the gorgeous recording artist Rita De Guzman will also be part of the show. She'll be singing a few songs and probably her original "Bilang Ikaw". She was quite applauded that afternoon by the media and if she's opening the show on July 26th, that's even more reason to watch the show. :)

Oh by the way, Aiai was a little distraught about the Nora Aunor "National Artist" incident. She also said that if credit was due her, it should be given. She didn't hide her disappointment about President Noy. She also told us about Kris, but I'd rather leave the details on the tabloids and newspaper reporters who were there. Anyway, we're here to enjoy... and that's exactly what you're going to see when you get tickets to the show. Remember, Macho Gwapita with Aiai and Rico J will show on July 26, 2014 and will start at 8PM. A hilarious fun filled comedy and music night awaits you! Oh and yes, you'll help the foundation too! :)