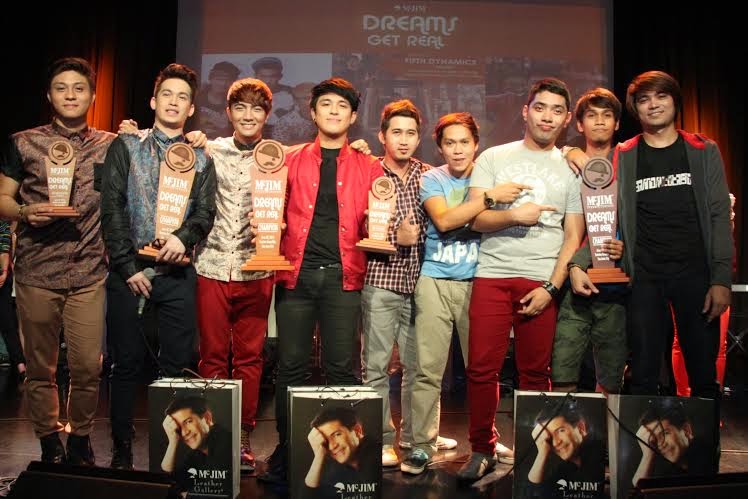 Who would have known that in the end of grueling eliminations and auditions that three (3) talented performers would end up as Grand Champions of McJim Classic Leather's "Dreams Get Real: The Search for the Next OPM Star!". The finals ended with an epic twist at the Teatrino Promenade in Greenhills. Now, the band Fifth Dynamics, trio JBK and Neo Domingo will fully enjoy their win and get OPM back on track as their singles have been heavily appreciated by the public. It was a decision they had to make because now, McJim will be supporting them all as they embark on achieving their dreams as OPM artists. They all have received cash prizes, gift packs from the brand and a recording + management contract plus a chance to film and release their own music videos. Isn't that awesome?


This Filipino company only knows how much talent there is in the country and they are just barely scratching the surface. Chris Cahilig their adviser adds that he's so proud to see how they've already been able to encompass performing in small clubs and now they're being seen and heard even on tv and radio. They will soon have more and the guys were so thankful for the feat. This has opened so many doors and opportunities for them. They promised even better material and compositions too. I've heard they also have gotten great nods from Jim Paredes who has listened to some of their singles during this competition.

Kalye Pop artists 1:43 has gotten thousands of fans and just like them, these guys would probably get more airplay and seen in TV stations. As we speak, 1:43 has been able to also get tapped by networks so their songs can be used in their home grown programs and shows too. You probably heard of "Hayop Sa Ganda" (Animalistic Beauty) which has been played countless times in stations here and other provinces. Some even topping the charts, pretty cool no?!


I can't wait to see these artists be appreciated with the material that they have and I say, I hope everyone would be able to appreciate what new kind of OPM music is out there. The public surely deserves the best!

For more information about their product:

http://www.mcjimleather.com
Posted by John Bueno at 1:27 AM