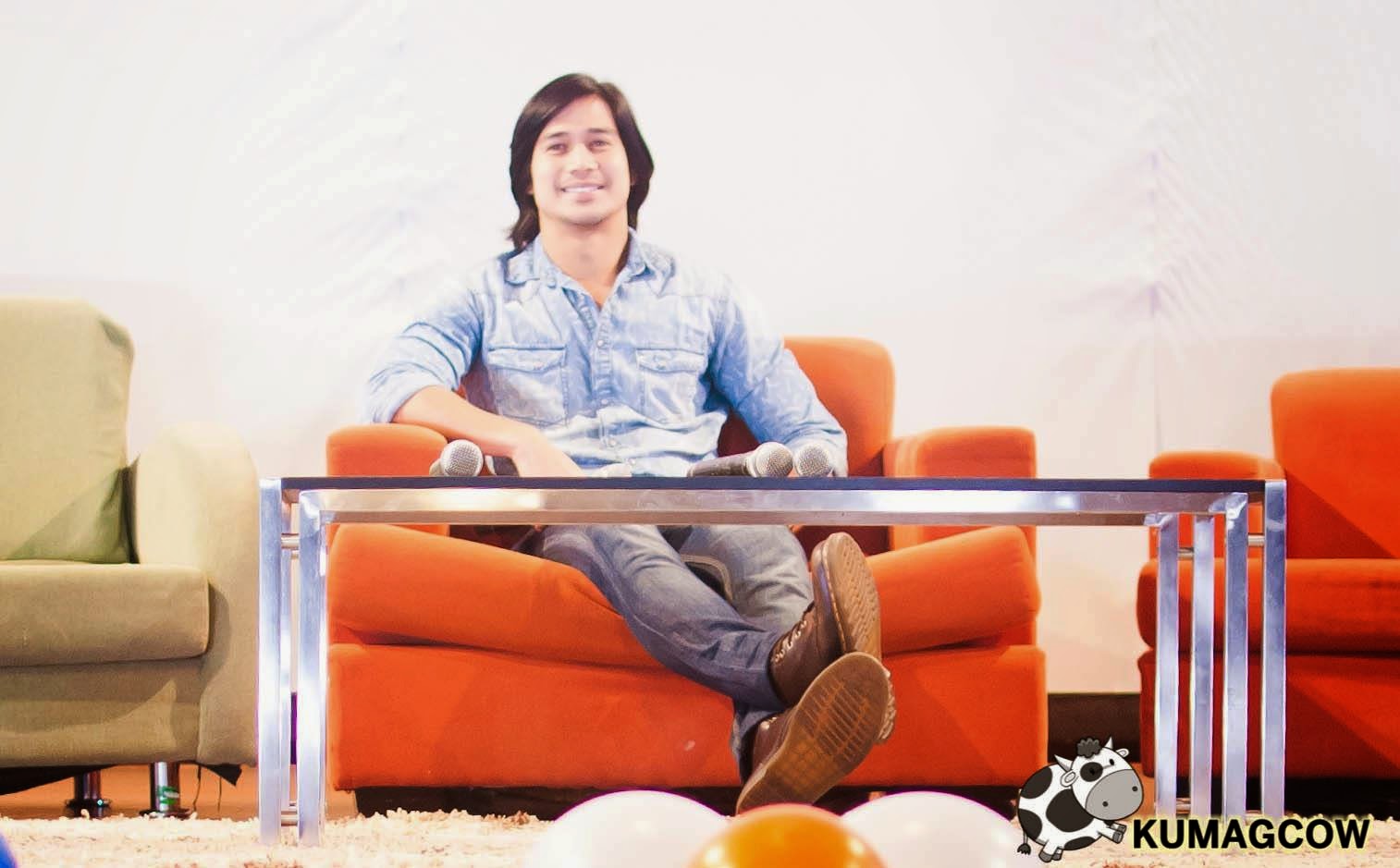 We met a very happy Piolo Pascual during the grand press conference of his new project called Hawak Kamay. You must have already seen it since it's been shown since Monday and I bet you already are hooked to the story. He's a struggling singer and performer that is met by a need for him to foster a couple of kids during this time. He signed up as their guardian initially as a requirement to adopt them which his sister and her husband made arrangements for but when they both died on a car accident, they were left with him... without a choice.

The kids were played by child superstars Zaijian Jaranilla who plays Raymond aka "Emong", Xyriel Manabat who plays Sandara or "Dara", Andrea Brillantes who plays the role of Lorry, and the cute Yesha Camile who plays Bituin or "Ningning" in the story. When asked about the experience, they only said good things about him and Zaijan mentions how generous Piolo Pascual is, even giving him a watch on their first few taping days.

Axel Torres, Sofia Andres, Ryan Bang and Victor Neri are also part of the cast. Axel just came out of the PBB house and it's a great deal for him to have projects this big left and right. He's thankful of the care and breaks that ABSCBN is giving him. Ryan Bang was hilarious in the event, we couldn't stop laughing at his antics even if he didn't do it on purpose. Victor Neri has been gone for quite a while and this seems to be his come back vehicle, not bad that it's a great series. I hear he's going to have some more now that he's back in the grind.

Iza Calzado and Nikki Gil were so gorgeous during the press conference. Iza plays the role of an Attorney sought to fix the adoption papers and custody of the kids. She was a little skeptical with Piolo's ability to take care of them but I think there seems to be some sort of romantic angle brewing there somewhere. The conflict is, Nikki Gil plays Piolo's long time girlfriend who decided to go and work on a cruise ship because they didn't know how to make ends meet. It was a little painful for both of them, but will this be something that would be complicated once the Attorney gets involved with Piolo in the show?

Oh and if you're asking why things are so complicated, if I'm not mistaken... they have about 7 Directors working on this project but the one on paper is only 3 namely Jerry Lopez Sineneng, Mae Czarina Cruz-Alviar, Rechie del Carmen. They'll conquer ratings for sure. Though it is going to be hard to also beat the other program from GMA which is Nino, Piolo doesn't  mind at all and he doesn't even think about it because all he wants to do is make sure he does a good job with this show.

Now that you've watched the first few episodes, what do you think about Hawak Kamay and the cast?

For more information about the series: