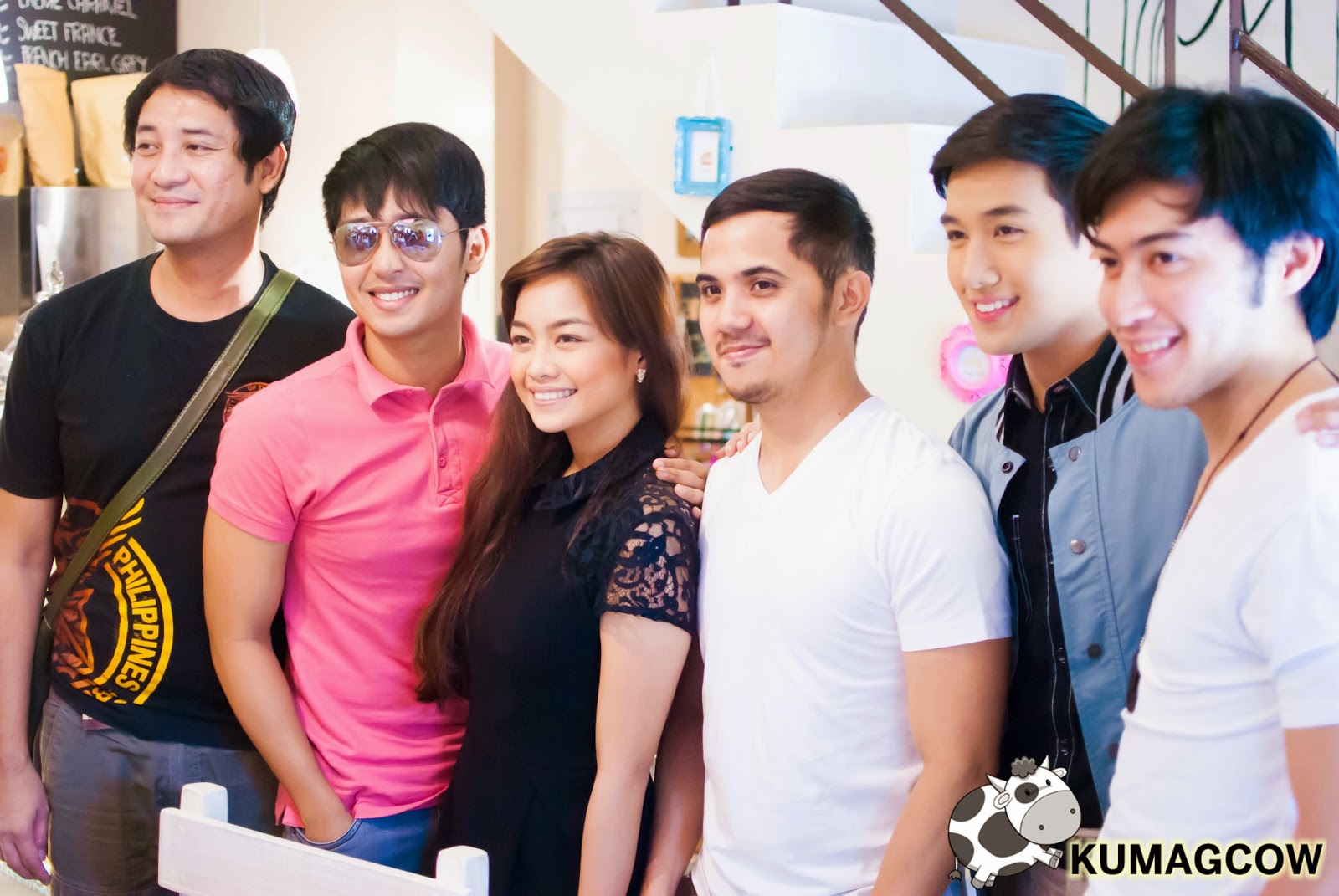 Do you still remember the first time you loved someone? I do. Mine was requited, I was young, she was famous, I was crazy about her, but she didn't even know I loved her. Well, I was reminded of that a few days ago when I met the people behind the film "1st ko si 3rd" (My 1st is 3rd) - an official entry to the 2014 Cinemalaya Philippine Independent Film Festival. It's a movie that I'd surely like to watch.

This is the first title role of Ms. Nova Villa, and it's about time I say! She plays the role of Cory, a married woman who just retired from work. Like I mentioned, she is happily married, spent years working and attending to her family, but she always had one thing at the back of her mind... her first love. His name is Third, played by former Senator Freddie Webb. There were times that I remember their old shows,  back when Ms. Nova and Sir Freddie were paired in different programs in the 80's... though in this project, the young Director Real Florido wanted to present something like an "interrupted love" and hope he gets to show what a woman in that age would do if she gets to meet him again. Would it be complicated to do that if they had no closure and married to different partners?  Would you do the same if you were in their shoes? Trust me, some of you would probably deny it but in the back of your mind, you would love to do it in a heartbeat.

"This is the point where there are lots of uncertainties in life, after all these years of working she wonders what she wants to do in life... what's waiting for her? It just so happens that it was the same time that she met Third again. It brings another life crisis, of finding self worth, of finding her identity again. All the memories came crashing back to her. She sees and in some way scrutinized herself. She then took time to make herself beautiful, because they wanted to see each other again... to seize the opportunity to have that first date that never happened." says the film's Director Real Florido.


"It's a common story, just like us. It's not a usual love story though. This one's not so dark. It's the first time Ms. Nova Villa is on a leading role. After almost two decades this is the first time that she and Freddie Webb is back on screen, but it's a first together in a movie." says Ms. Katrina Golfo who hosted us that afternoon.

Jon Versoza, the Production Manager also told us about how their chemistry worked. Ms. Nova and Sir Freddie actually talked about it on the first day to make their roles believable, they needed to play as real husband and wife even off cam. That formula worked for them during the 80's and you'll see more of this on this film.


RJ Agustin says it was a little hard to actually play one of the characters and produce the film. You kinda go into a trance thinking of how you'll give superior performance up to the standards of the director and think of how much a day of production costs (we laughed a little about that). He says though that in these kind of films, you don't really think much of the ROI... you kinda think about the love for the art... the love for the craft too. "It was hard to actually make this because it was doubly hard to keep their cool while filming" says RJ. They've had no small arguments doing it hence that statement. He's glad that this is a well thought out film.

Cinemalaya first timer Ken Chan plays the young Freddie Webb/Third on this film. He says he used to watch Cinemalaya in high school and back then it was all about gays, violence and darkness. He feels so blessed that he's now in the production where he's proud of the story, production and cast. He deemed this as an honor to work with veteran actors like Ms. Nova Villa, Mr. Freddie Webb and Mr. Dante Rivero (who plays Cory's husband). In a nutshell, he says it's a wonderful experience for him.

Denice Barbacena of Protege fame is also part of this film. She couldn't believe the time she heard that she's actually going to be a part of this project. She only used to watch entries in Cinemalaya and never thought to see the lead stars with her during the press conference. She really wanted to be a part of it and glad to also see her GMA compatriots in the cast. She even marveled looking at Mr. Freddie Web who freakingly looked good at his age.

1st ko si 3rd (My 1st is 3rd) stars Ms. Nova Villa, Dante Rivero, Freddie Webb, Ruby Ruiz, Lara Morena, RJ Agustin, Denise Barbacena, Coleen Borgonia and Ken Chan. I wish I could get to talk to Ms. Nova Villa and Freddie Webb next time. They all believe in this film and the production could only say good things with the artists. The dedication they put in this just speaks a lot. I'll see them on the gala night. You can quote me on that. You should too as they'll be showing from August 1-10 in CCP and selected Ayala Malls. 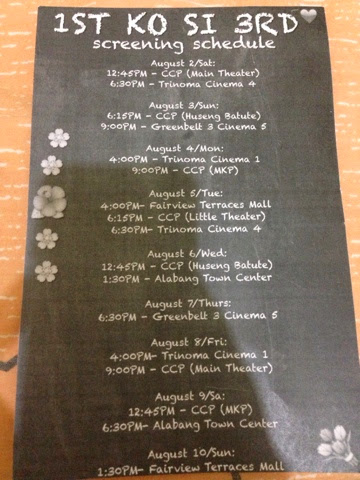