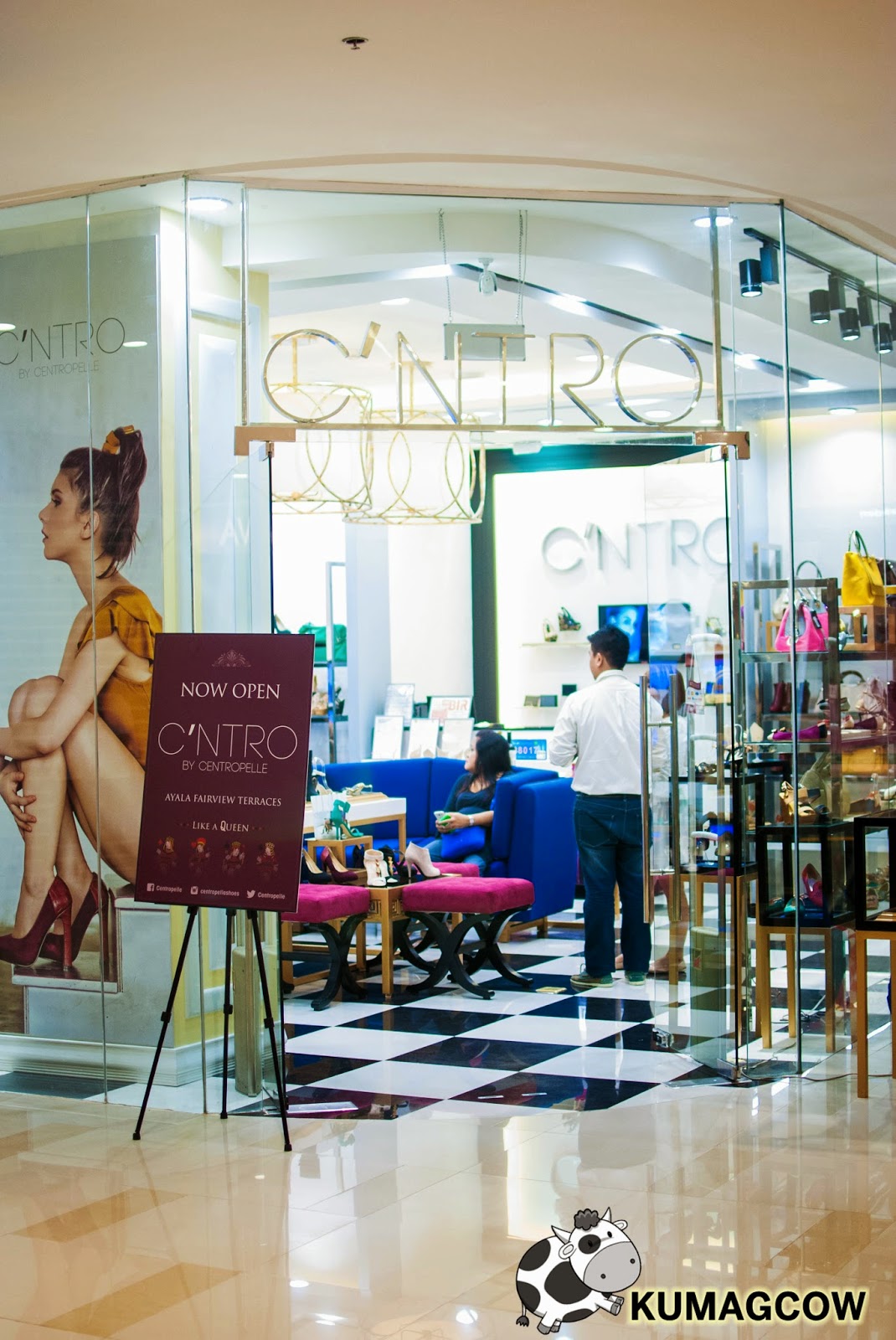 Guess who just opened its doors to the public last weekend at the posh Ayala Fairview Terraces, a mall owned and managed by the Ayala group. It's C'NTRO (formerly named Centropelle) the one who's been able to conquer the trendiest Filipino consumer since the good ol days. I still remember my Mom buying stuff off Cubao when I was a kid because it's a staple on her shoe rack. Whether you need it for a formal, casual or fun occasion, their unique styles and undeniable knack for comfort and love for the female form is just so evident. On this day, they are rebranding. A feat that will be completed in the last quarter of this year.


"Competition is tough and we wanted a more young, hip representation of our brand and we've shortened it a bit for name recall, plus it's easier to remember and associate us now with the market we serve. Our demographic would probably be professionals that would be from 20 - 30 but we do also have younger and older customers who still believe we've got the best shoes, bags and accessories to offer the Philippine market." says Ms. Nicole Lopez owner of Centropelle shoes. All along, I thought what I was looking at expensive items in the store (on those that I saw displayed) but upon checking price tags on the bags (saw on window), it's a lot cheaper than what I imagined it to be. Ms. Lopez also said, it doesn't matter if you have a lot of money or not but if you value what you worked hard for... you need something that give you a bang for the buck but never sacrifice quality.

They've got bags that would fit your daily needs. If you've got make up, things for work, gadgets, handkerchiefs where a big roomy bag would fit, I suggest you try on these models and see if it'll be perfect to mix and match with your current wardrobe. Mind you, mostly all the products seen inside the store are designed by Nicole Lopez herself and her team. If that isn't dedication, I don't know what is. Their direction has truly been able to capture the attention even of the most discriminating people in the crowd. The cuts and color palette they used are well done because you'll feel the ones they put out in the market has been well thought out. Definitely, they don't look cheap. That puts a lot of pressure on an old favorite brand like C'NTRO; to always come out with good statements, to stay relevant and never think about a day that they would ask if they are doing the right thing on the leather goods. So far, the ladies have said nothing but good things with what they've seen that afternoon. Some customers can't even contain their excitement and joined in to buy some of the pieces, less pricey than what they thought it would cost on malls and other brands.

The shoes look all so exquisite and sexy on women. I won't be surprised if they took home pairs that afternoon because they're not that pricey at all. This would be perfect for ladies in college or young women who prefer to dress up at the right occasion. I've seen that this can actually be part of the designer's aesthetics because she's also a stylist. I also saw that this could well be something that they'd wear themselves if given the opportunity because the material is soft on corners, straps are not going to limit movement and it looks so pretty on them all. Centropelle will cease to exist perhaps later on and will become C'NTRO by Centropelle. The gradual and normal depletion of stocks will be seen and later on, C'NTRO would have come full circle. This is their forte and their success in the past proves they've got a lot to do in order to expand even more.

C'NTRO will be seen more in the coming months. Don't be surprised if your Centropelle store gets converted into one. You'll also see more designs in the coming months if the Holiday collection gets released. According to Ms. Nicole, they will come out with even bigger and bolder designs once the ball starts rolling. I've seen quite a lot of things to get impressed inside the Ayala Fairview Terraces branch of C'NTRO and pretty soon you'll see improvements done on their kiosks inside malls and their boutiques. Congratulations C'NTRO! Can't wait to see you guys again soon!

http://www.centropelleshoes.com
Posted by John Bueno at 3:59 AM