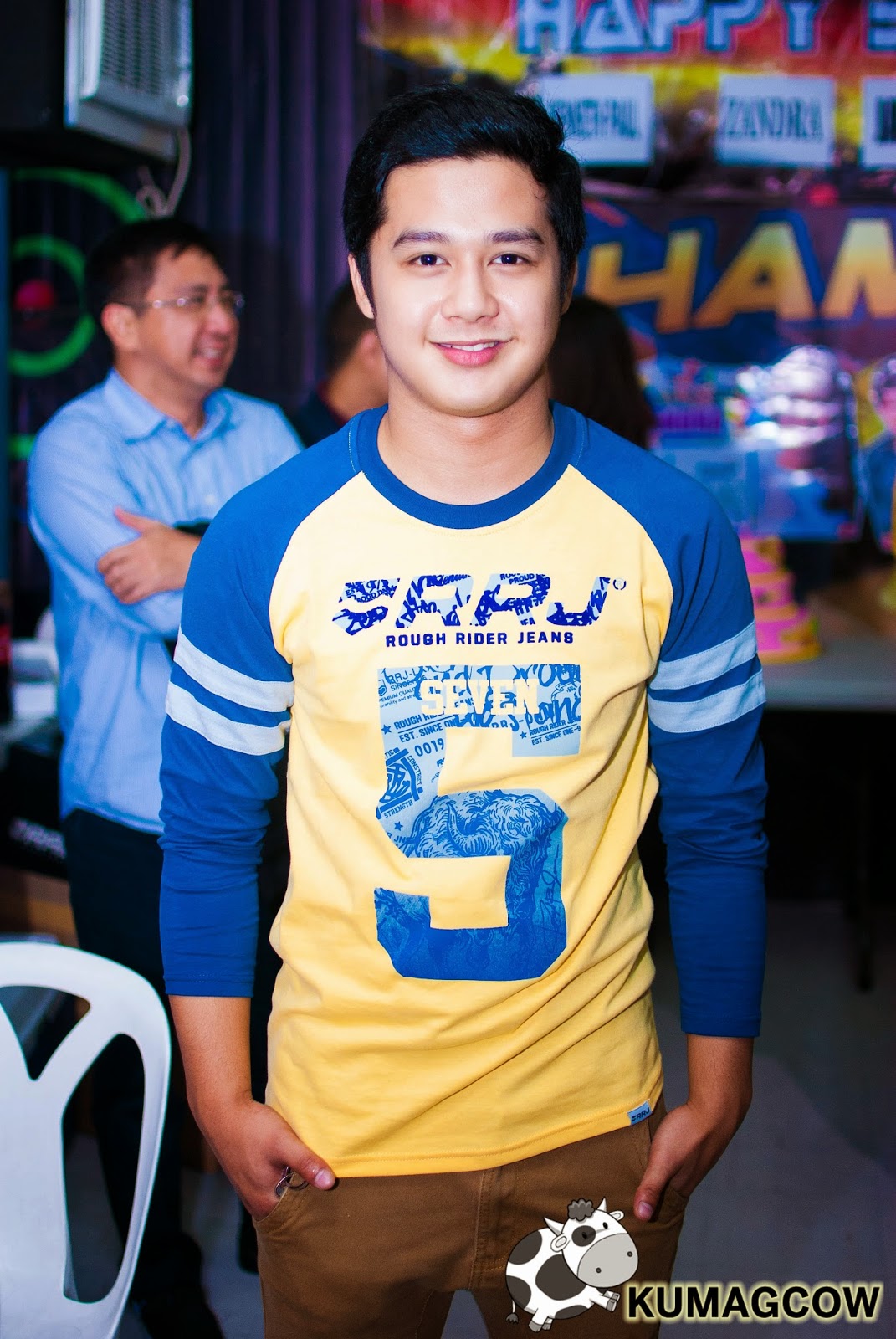 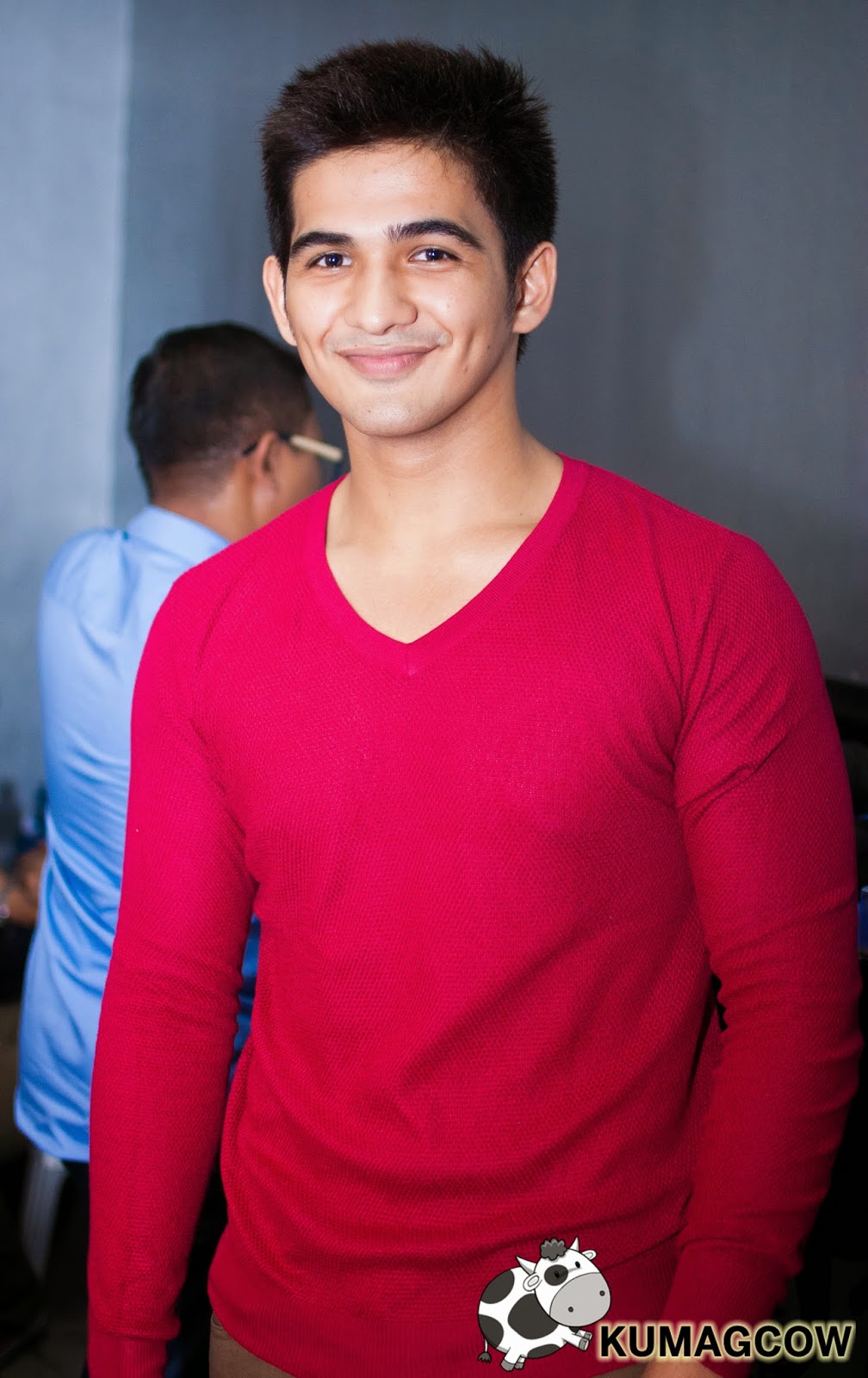 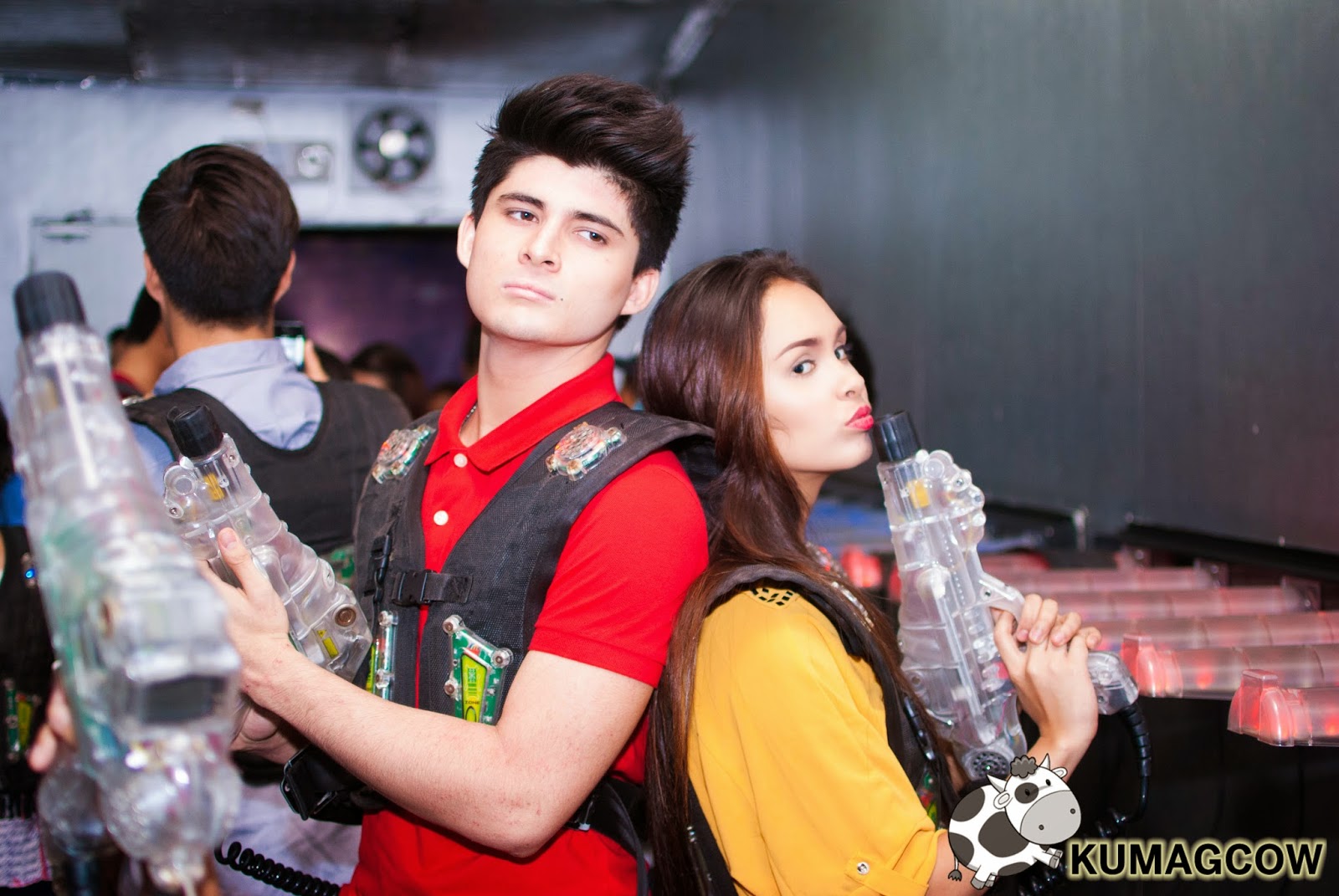 We spent the day with talented actors and their fans in the Lazer Max Tag Arena in Centris off Quezon Avenue. It was my first time to meet Rafa Siguion-Reyna, Phytos Ramirez and Zandra Summer but I've featured Kenneth Paul Cruz and James Wright in previous posts. The premise is, we're going to have fun in this joint... and that we did!

It was also a good time for these artists to connect with their fan clubs so they get to talk to their idols while we were there. It was intimate, especially when they sat down and ate with them during lunch. They got to know them more over pizza and pasta. The questions revolved around their projects and what other things they need to look out for with  Kenneth Paul, Zandra, James, Rafa and Phytos. They also had games designed for them to interact with each other. They also gave the fans prizes from GMA Artist Center, RRJ, Active White, Sundance and Toblerone. It was also a sweet sight when they all asked the them to sign some pillows as they'd want to keep the memories of this day.

Rafa went ahead and promoted his stint in "Hari ng Tondo" (King of Tondo) which is an entry to Cinemalaya. It's also directed by his Dad the famous Carlos Siguion Reyna. He has much respect for the craft and he saw how hard it is. He also lauds Direk Maryo J. Delos Reyes which he works with in Nino. He says the thing common with them is that they know what they want and they never settle with mediocre acting. "They will make you work for what's needed in the scenes and that's a good thing" he adds.

I think Phytos Ramirez is one of the less seen (but not under appreciated) actors in this station. Don't get me wrong, I think it's not just the projects but his looks. He's 19 and he is aware that this is much of an awkward stage of pressing for cutie teeny bopper roles or go for mature ones. My shot here doesn't do justice because I think he's way more good looking in person. His Grecian looks is just something I haven't seen in Philippine TV and I think that can be something of an advantage. He now wishes to be seen in more mature roles and he's really working hard at it by bulking up. I guess it comes with the territory of being a matinee idol, which I think he's gonna be a perfect fit at. We only can wish him well; and I hope to see him in tons of projects soon.

James Wright still has his self titled album out on stores nationwide. He's concentrating on performing and he's been touring a couple of cities to perform in. The one in Nuvali with Ogie Alcasid yesterday was fun it seems and he's also gone to Hong Kong coz he misses his family. I hope you get his album produced also by GMA Records. For more information about that, check my previous article here.


After Kenneth Paul Cruz's stint in Carmela (Marian Rivera's series), he's going to be in the Cinemalaya entry Mariquina (Marikina) together with Barbie Forteza, Mylene Dizon, Ricky Davao, Bing Pimentel, Dennis Padilla, Che Ramos, Mel Kimura, Erlinda Villalobos and Ruby Ruiz. It's Directed by Milo Sugueco. The movie talks about the city of Marikina, their history, the people who are in the shoe industry and how she (Mylene Dizon's character) begins to find her self in the process. Kenneth will be playing one of the pivotal roles in this film as the love interest of Barbie Forteza. He hopes everyone would be able to watch it during Cinemalaya preview dates as he's very proud of this project. I think he deserves it, rightfully do.

Zandra Summer who hailed from the Protege reality show was also there since her birthday falls in July like the rest of these guys. She's currently also in Dading playing one of the nurses in the show since Glaiza De Castro's character works in the hospital there. She didn't hold back and joined everyone in the Laser tag games, really a good gal. I hope she continue to get more projects from GMA because I think she's doing a good job in this support role. She's got character, and she looked pretty good when made up too. Good luck in your future shows Zandra and hope to talk more with you soon!


Overall, you guys have given your most precious fans a fun day that they would not forget. Thank you so much for being so nice too. Happy birthday!

Thanks GMA Artist Center for letting us tag along!