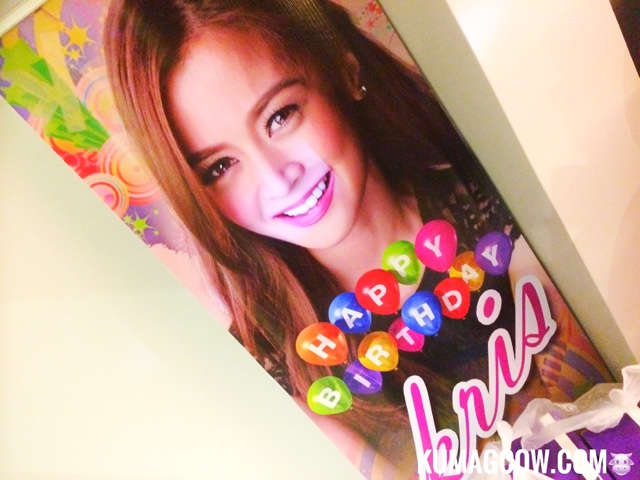 We're at the birthday celebration of Kapuso Drama Princess Kris Bernal today and  I'm so excited to see her. The last time I got to meet her was in a mall while she was getting clothes for her new upcoming show IMPOSTORA. Do you remeber that? That was the same show that Sunshine Cruz starred in a couple of years back, and this I think is some sort of a reboot but I'm glad GMA is giving her another show since she rightfully deserves it. She's also been in the latest issue of FHM where she did a fantastic spread which I've been hearing guys talk about it in the locker room. She's worked hard for her body and spent countless hours in the gym, even had some people call her names back then, but I still find her really amazing. She handled all that well and by the looks of it, she's reaping the fruits of her labor. 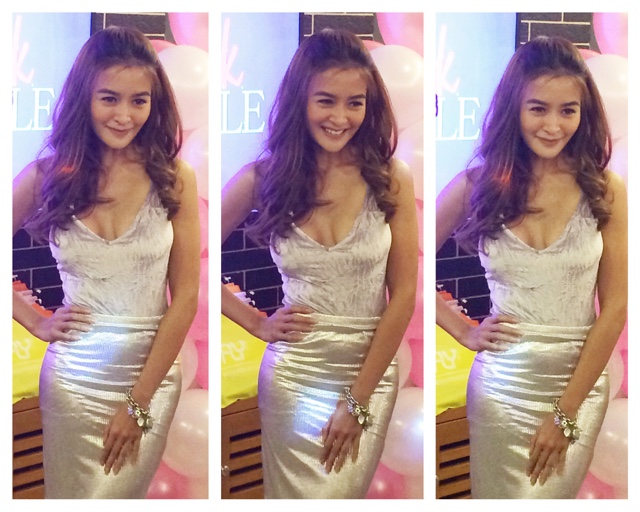 As for the show she says "The story is about two women, one that isn't good looking, the other one is, but have different attitudes. She gets bullied a lot, but she always wants what is good for her family. The other, is a little evil but they will evolve and will need the use prosthetics. I will be paired here with Rafael Roselle and Ryan Eigenmann. It's hard to actually do it since I have to do every scene twice. For FHM, I did decide this pretty late but I had pegs to be approved. I was thin but really it was my first time to do a sexy shoot, I did try to gain weight after that and I do get conscious but I just wanted everything nutritious. I even crave for burgers, pasta and sweets, I don't deprive myself. Some are really concerned, but I want them to know I do make an effort. I'm not under weight, I go to gym to bulk up a little. I'm only 5'1 and my I am in my ideal weight at 105. I went down from 22 to 18 inches during my FHM shoot so everything is still customized as far as clothes go. I wanted to do it because Kris is growing up, Kris is getting old so seeing myself in a swimsuit was in my head. I want people to know I can do daring roles, not just sweet stuff, I can't go all the way but I want it to be mixed, be versatile. I have done love scenes in the past, like with Aljur, even this one with Rafael (we are by the way doing IMPOSTORA on June 12). I do get reactions when I'm donned in sexy stuff but I wish I won't be judged, I eat a lot, I'm not bolemic but I didn't want to offend people and just block people (which she just learned just now). But now I think I just got used to it, I know how people would react sometimes when I post on IG. They didn't know how I eat so I do get feedback on social media, but I can decide for myself, I do what I want to because I want to control it. I'm not a teen anymore, I'm 28. I'm not after the top FHM post, I have other facets, I have a lot of bashers too but I won't get hurt because that's really not my goal, I just want to be confident and be myself." 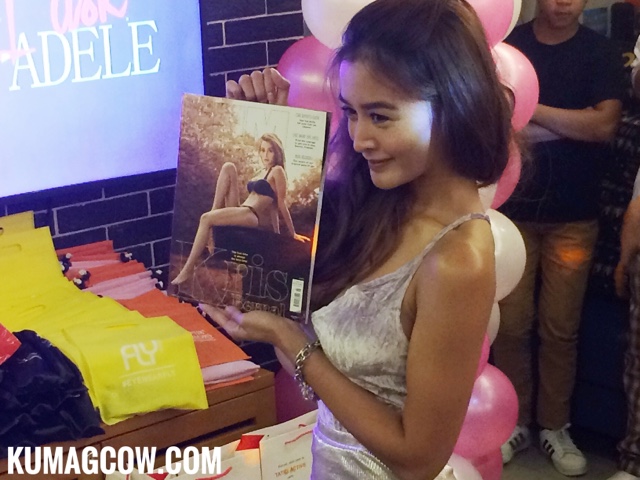 "Rafael is very professional, Ryan is always good and he even helps me during work. The prosthetics takes me 2 hours to put on and 2 hours more to take off. I aready celebrated my birthday with my family during Mothers Day, and spent yesterday with my friends. Anyway we always prep something every weekend because I make them my test subjects. I invested in burgers and steaks, a house maybe so when I get a family of my own I already have one like a dream house. As far as settling down, it's probably going to be far down the road, perhaps 5 years. I am a little choosy because I still do a lot of things to support my family. I am in a point in my life where I want the man I would love to be the last one. There's still a lot to do. I may not be the richest, but I am contented with what I have right now and I hope, perhaps soon I'll get awards too as a bonus. Something different like the one I did for Little Nanay, I want to do more also in IMPOSTORA. This is in the afternoon show, I hope I could do more."

About here burger shop "I hope I get to open three more of MEATKRIS this year. Hopefully in other foodparks like in small places, hopefully have steaks too." 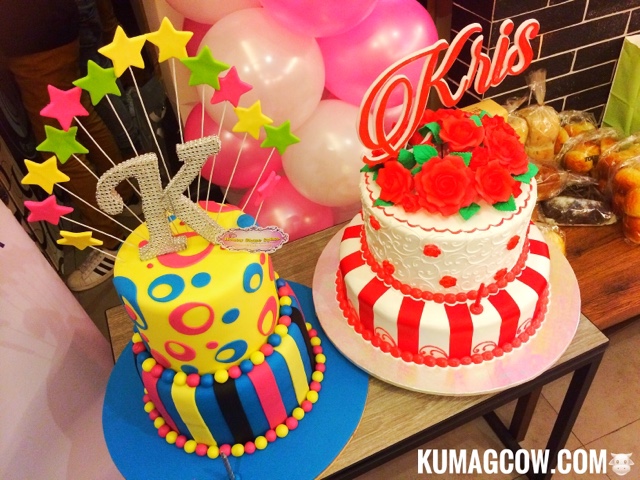 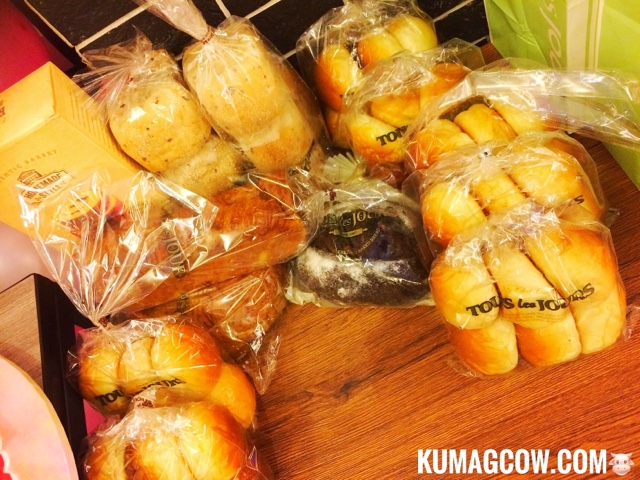 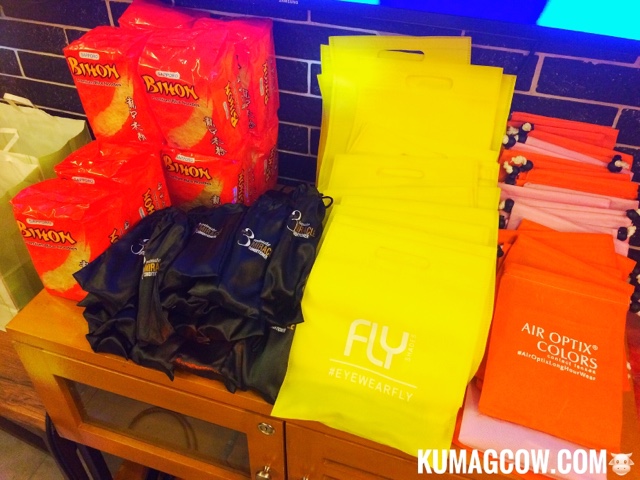 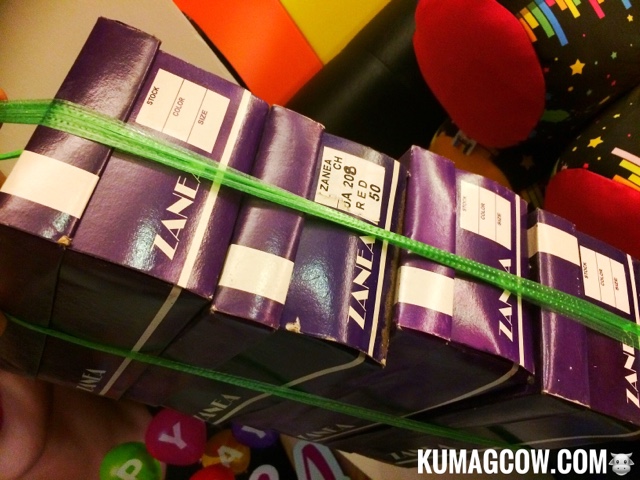 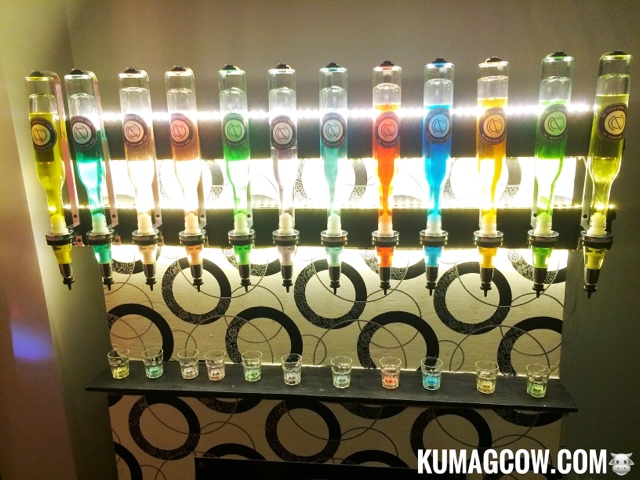 She also shared her blessings together with her sponsors Honey Glaze Cakes, Goldilocks Bakeshop (which I didn't know could make really pretty cakes), Tous les Jours (which had super good breads and pastries by the way!), Fly Eyewear, Air Optix Colors, Zanea Shoes, NC Perfume Bar, Pantene, Sapporo Premium Rice Noodles and of course GMA Artist Center. After our interview, she made sure she also had time for fans during her special day, as she knows they were all part of her success.