IMPOSSIBLE at the Araneta this Christmas 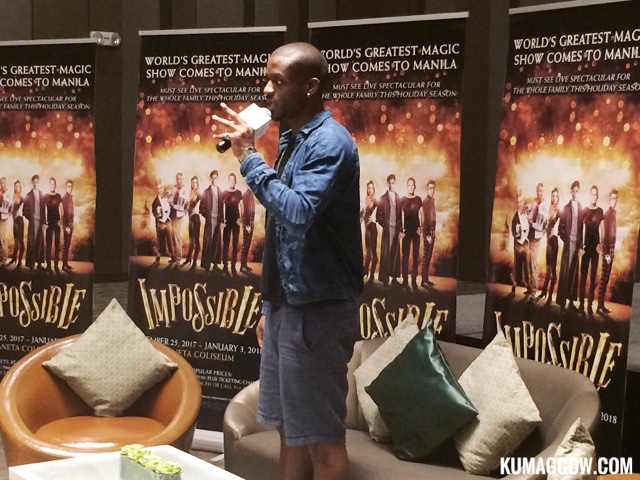 You've already seen Ben Hart on my earlier article about this show but today we're delighted to see another guy who's monicker explains it all, he's Magical Bones! He hails from the south of London, known for his antics about street magic and conjuring. The title bestowed upon this chap is The World's Best Hip-Hop Magician that stems from his capability to mix magic tricks, break dancing, sleight of hand and a whole lot more. So from December 25 to January 3, make sure you get tickets to the show with the biggest and most breathtaking performances, the greatest magic show on earth! 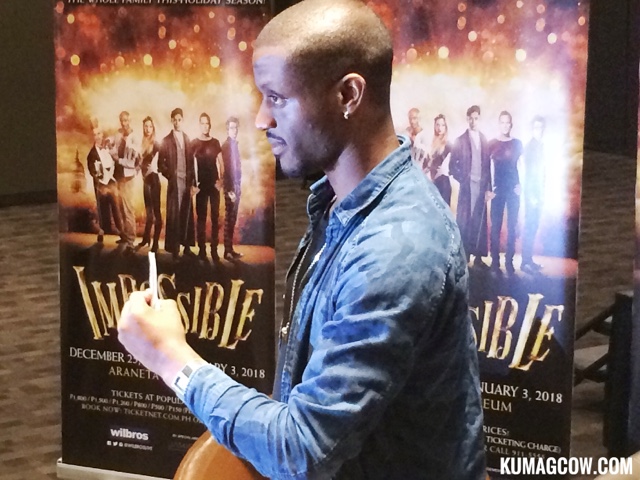 "As a magician, I like other street magicians like David Blaine and other UK based street performers. I think it's all about practice, sitting in front of a mirror and it takes a while perfectinga trick, you can always improve. You might take a long time doing it because it's a skill but the wonder and astonishment is real. We do have a lot of death defying tricks in the show, life threatening but you'll see that during Christmas. I did a couple shows with really big stars but we focus on doing our job. Everyone has a segment on the show and we all have the same amount of time in the show. Maybe when the internet came out, it may have had the kids enjoy figuring it out but what I do is different. Dancing and magic happened in London, during breaktime in the sets I just came up with it like a natural progression. It's just doing me, who I am, my taste, in different hiphop tracks. There's only a few, I may be the only one doing this so I'm the best. We have dancers in London that are Filipino, amazing but quite a few. It's fun doing what you do, you'll see Crunchy, my signature act. You'll see the best magicians too aside from me, and you've got variety, different ranges of magic throughout the show and each is unique, you won't see any other acts like it in the world. Maybe, maybe, you'll get to see us all in one act, that's a secret. We also will have our team's Christmas dinner here so I'm excited and really looking forward to that!"

Visit and get tickets at TicketNet or the Araneta ticket booths that's open office hours. Your kids would enjoy this as much as you!