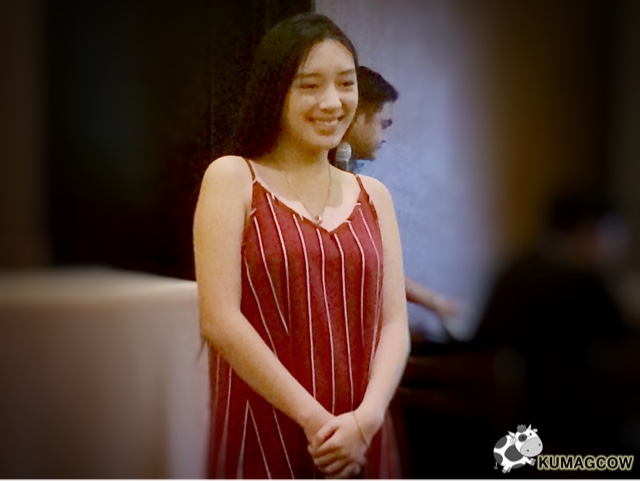 We ventured all the way to the east of Manila to take a glimpse of Jelai Espino, an up and coming artist from this side of town. She's on her grade 7, studying at San Beda College Taytay Rizal and her parents Butch and Bing Espino couldn't be more proud to see their daughter getting traction on her latest single "Huwag Mong Biruin" which was written and composed by Vehnee Saturno. She was able to undergo music lessons with the veteran and prolific composer and did several acting workshops including ones under Star Magic and Ogie Diaz. At 15 years old, most teens probably are just still playing but she's serious avout what she wants to happen with her career and she's not holding up! 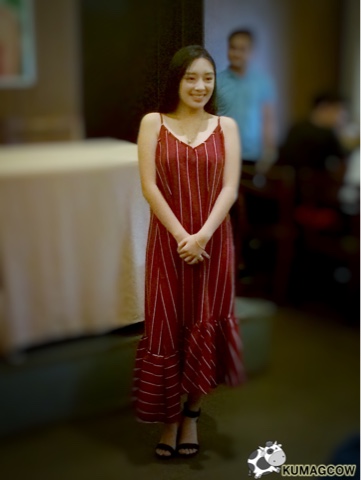 She was under the weather but she wanted to do this. She was overwhelmed about getting to do a single with Vehnee Saturno. Jelai says "Eversince we met she was always  kind, she gave me a lot of advise. She saw me in a different way, and Ms. Aiai kept me under her wing. I would like to try drama, but after doing a ton of workshops with Sir Ogie, Star Magic and Ms. Aiai. She also introduced me to Vehnee Saturno and they really tested me, had several meetings and that's how I ended up with the single. My genre is mostly childish, the kind of puppy love who wants attention, so it's like cute love song. I like Ms.Vilma and I would like to get to know her if possible. Her kind of acting is what I would like to emulate. But if I'd be in a love team I wish to also get to work with Daniel Padilla or James Reid. If needed, I could also adjust my schedules studying and a career in showbiz. I have done modeling stints and in a nutshell I've done several already in the past which made me have a little more confidence, even in commercials and brands that believe in me. I take care of myself, drink lots of water and take care of my skin. I also take lots of sleep if needed. I want to take up law, medicine if my schedules permit it. I know it takes a long time to succeed. I also sing, I do ballet but I want to do a lot in show business. I also love KPOP, and if ever I'll perform in the future I'll have something in that nature. Maybe if all else fails, I will still have a few things I could work on including a brand that my family also has in Glomar Herbal Philippines. I am ready to face the consequences because Ms. Ai already told me how to handle negative feedback and constructive criticism. In the workshops, I already learned how to deal with people, and in a way I don't honestly know what opportunities are in my way. But if it's going to work, I can sacrifice a lot of things just to get there. I want to also get to sing with Sarah Geronimo, if that happens I'll be happy." 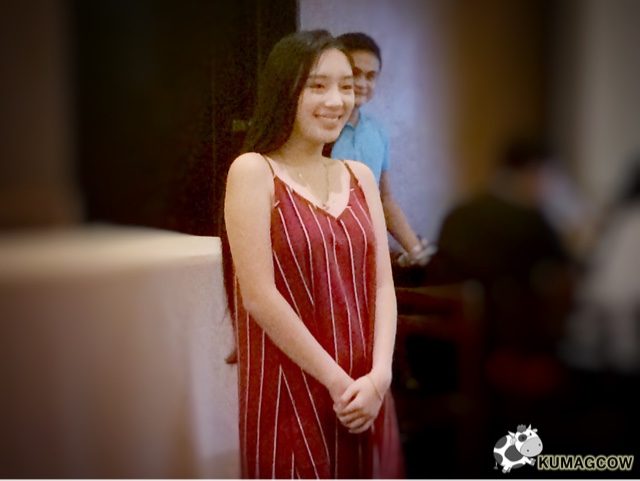 She's very promising, very cute in person. She wishes to have a movie very soon and if the stars align for her, I'm sure even her family will be happy. Her single is available for download at digital stores, Astroplus, Astrovision and via Mr. Vehnee Saturno. She's got a lot on her plate and she's got the time to work on this career. You may follow her journey on her social media accounts.

We wish her well!