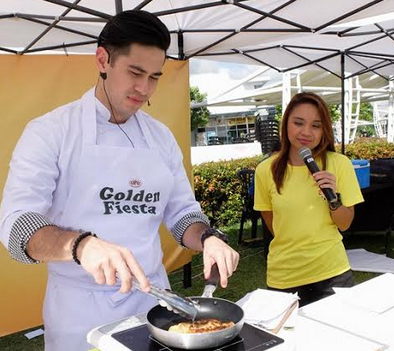 I think I've written about this activity which was slated a few days ago, good thing the weather cooperated so they got to have the Heart Healthy Camp which was initiated by the people from Golden Fiesta. Solenad 1 in Nuvali Laguna is a mixed use property so you've got a combination of BPO, regular office, school and residential areas, people who come from different walks of life who want to at least get breakfast, have an activity and Golden Fiesta Canola Oil is making it even better.

They've worn their exercise gear as early as 6AM and through the Heart Healthy Camp, they're doing different excercise routines and regimen in this strength and conditioning themed fitness camp. Families, groups, friends all came from different parts of the city and joined the fun trying different excercise and workout routines, and boy did they have fun! 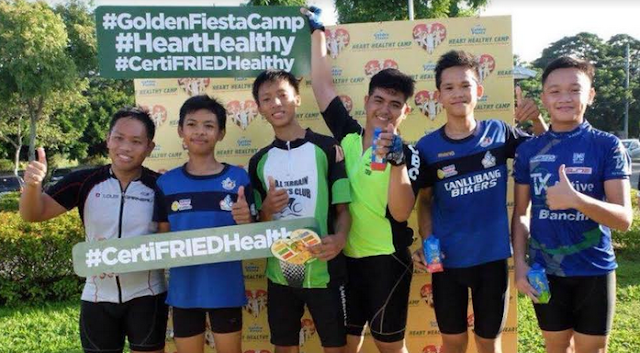 Mind you they were no joke because the workout activities included Plyometric Box Jumps, Low Hurdles, Agility Ladders, Fitness Band, Kettle Bells and Ropes. After whetting their appetite, Chef Jose Sarasola prepared hearty meals for them later on so they also get schooled also about using Canola for their everyday cooking and use it for Salads, Frying, Savory dishes and just about anything you would want to prepare in the kitchen. If you didn't know, Canola oil is rich in omega 3 and omega 6 fatty acids which could aid in making your heart healthy. If that won't be a reason to enjoy it after working out all day, then I don't know what will.

If you want to join their other Golden Fiesta Heart Healthy Camps, they'll have another one at the Track 30th in Bonifacio Global City come November 26 (Sunday). They'll also have another one at Eton Centris on December 3 (Sunday). If you want to join and check out updates from the event, like their Facebook page at https://www.facebook.com/GoldenFiestaPH because they plan to do more in the future!