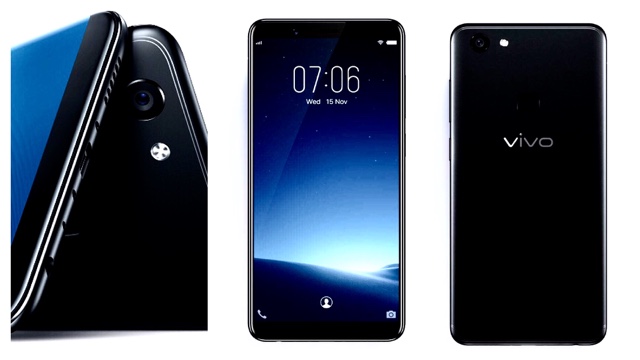 It's been a bit controversial but totally appreciated that phones like the VIVO V7+ came out with a Bezel less full screen display. You see this feature is more or less for the connossieur of video displays such as movie streaming fanatics, gaming gurus because to say the least, the experience of actually watching here and playing is totally different if you are too much constrained by other elements on the phone's screen.

The Vivo V7 will be out very soon, with it's 5.7 inch all screen display you get 12.5% more visual display area compared to same sized screens you really get more for the price of the same. Not only that, it's got fast fingerprint unlock technology, a monster 24MP front camera, and the ability to have uninterrupted game controls even if someone calls or messages you while you're playing your favorite mobile games as it's just going to appear as an alert or on a separate window. Vivo won't just settle with usual programs either because on November 18, they'll have their very own celebrity influencers and endorsers to entertain you like BoybandPHin SM Bacolod, Sassa Dagdag in SM Naga, Petra Mahalimuyak in SM Novaliches and Paul Salas in Star Mall Shaw.