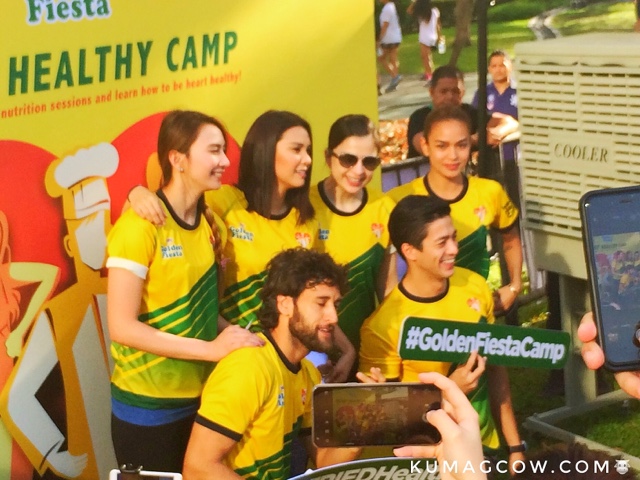 I don't normally go super early mornjng events but I felt a Sunday walk wouldn't be that bad with these guys and gals. Just recently, Golden FIesta held the Golden Fiesta Heart Health Camp at the 30th Park in Taguig so early dwellers from all around BGC and nearby places had the chance to work out with real deal fitness coaches and fitness driven celebrities. 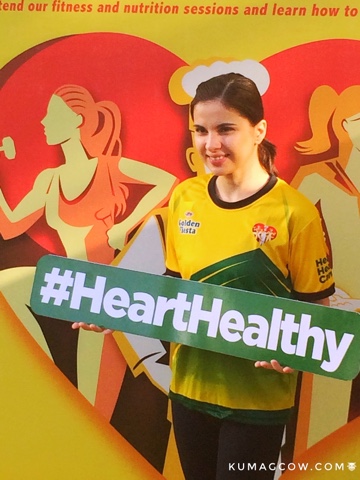 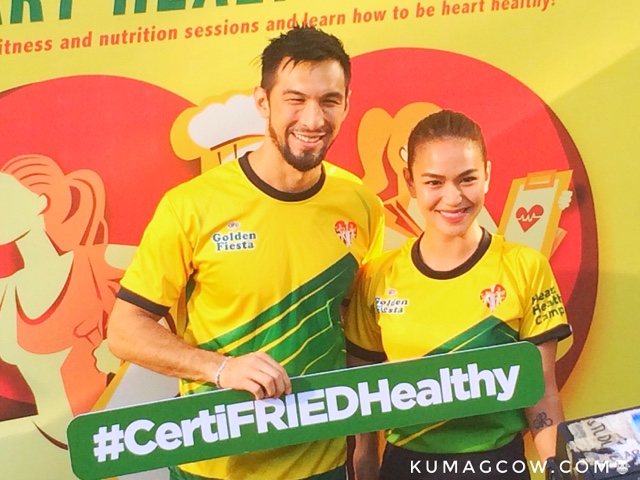 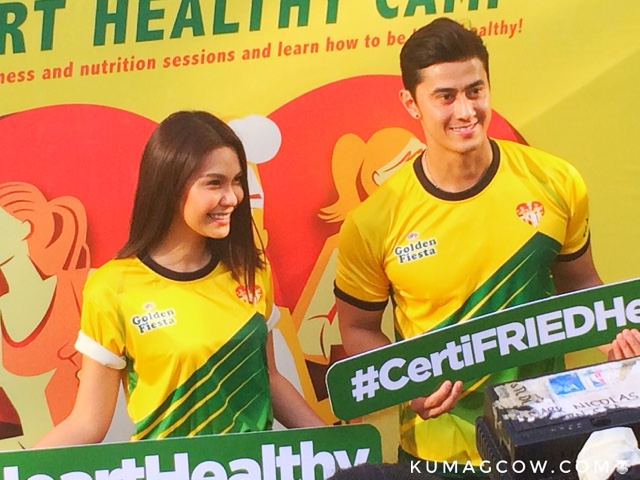 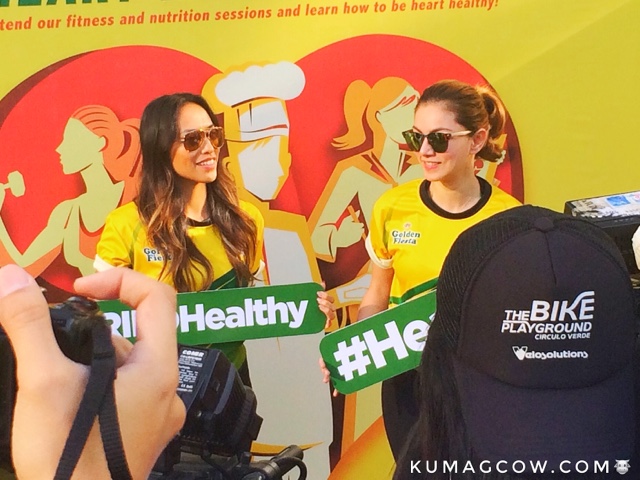 I saw Ana Roces, Anton Del Rosario, Jun Macasaet, Sam Ajdani paired up and were pitted against each other in activities in time trials to see who wins in the workout regimens that the coaches prepared for them that morning. 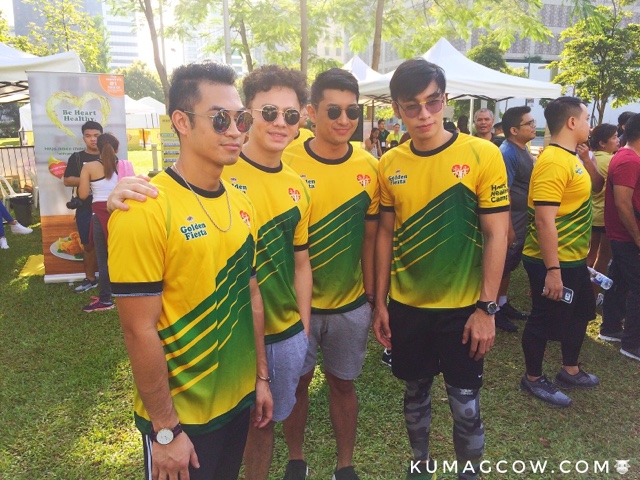 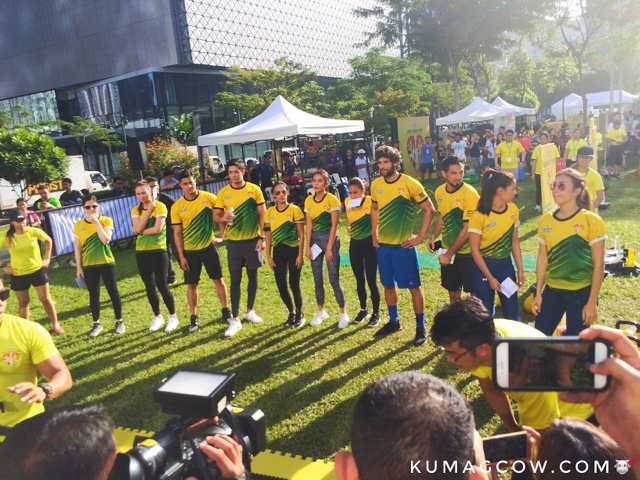 They were also joined by newly revived boyband 1:43 and whisked away by Solenn Heussaff and Nico Bolzico as they went head to head complete with trash talk in a funny energetic mood that morning. I would vote Nico for president after that morning's activities. 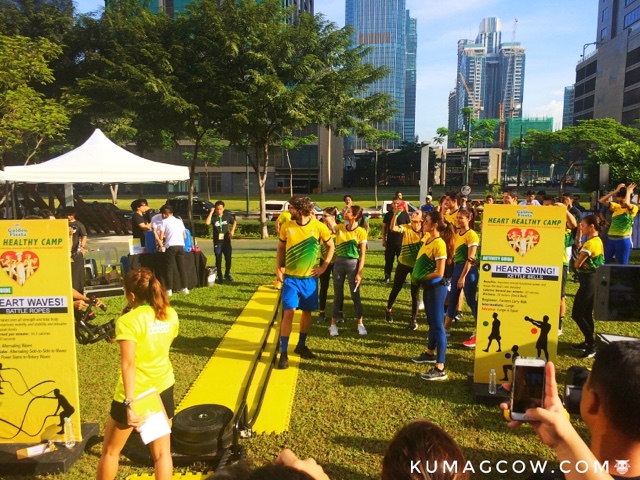 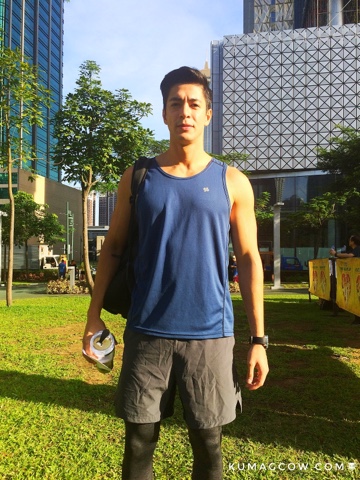 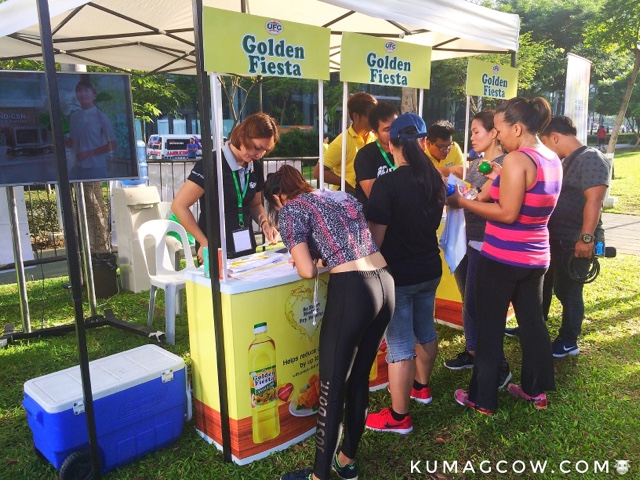 The event was open to the public and aside from getting their eyes full with the stars and models, they also got a treat from Golden Fiesta Canola Oil because they also had FREE body BMI assesment right there at the venue. They also had nutritionists as consultants so they could prepare healthy meals and tell them good news about the lovely benefits of phytoresol that reduces the bad cholesterols in the body. :)

Now isn't that nice? Well they're also doing this in other places in the metro so if you want to catch it please go to the Nutriasia or Golden Fiesta Facebook page because it's all there!