Vic Sotto and Dawn Zulueta for MEANT TO BEH 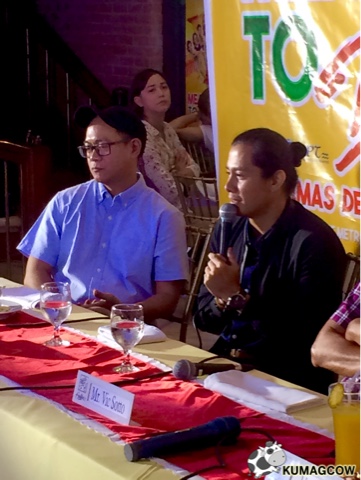 MZET and APT Entertainment will make your Christmas season even more FUN and romantic as they dish out this family film called MEANT TO BEH as part of Metro Manila Film Festival 2017. 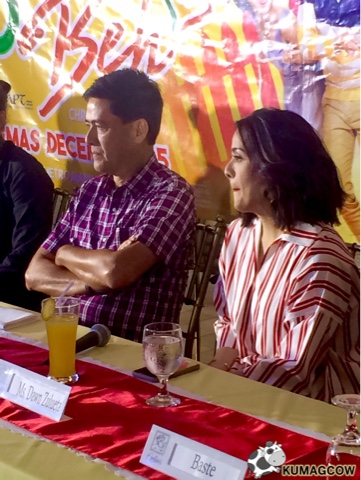 Dawn Zulueta was so happy to be oart of it and she says "As an actor I just mirrored it with real life and the delivery is just the difference. I hardly do any comedy but it's exciting to discover this. I believe respect holds the glue to a relationship, and love too. It's nice to learn from the young ones, your mindset is like when you want to get into their heads, it's like an intellectual excercise so I learn a lot of things from them and I can't say anything bad about the people in our cast, they're really good. Bossing is still the same but I've learned how he as an actor is so good in drama. I felt his sincerity, he's very effective. It's an exciting discovery and if he does another one soon, this is a nice preview of what he can do. I don't have any beauty secrets, I just make an effort, perhaps the outlook, I have different friends in different age groups. You have to have time to learn new things from young people. They are just waiting for this and when this project came along I was just thrilled to work with him after so many DECADES haha. I sure hope this earns a lot so we can have a part 2, and hope they get me again ha! You don't feel comedy is work when you are here, it's so energizing and I go home I reach another level of funny. Doing this is something else, a really good break for me." 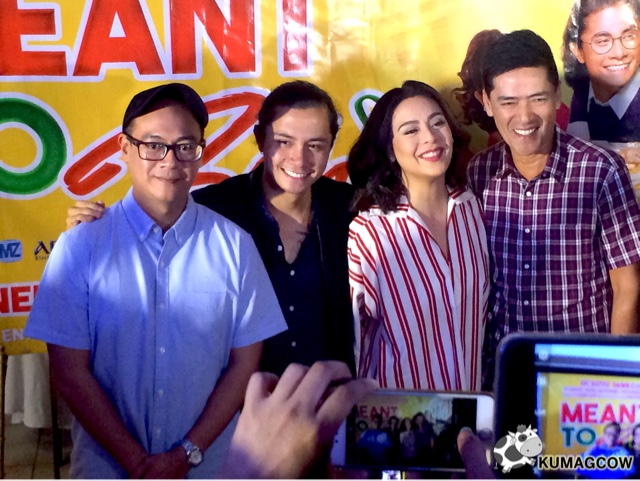 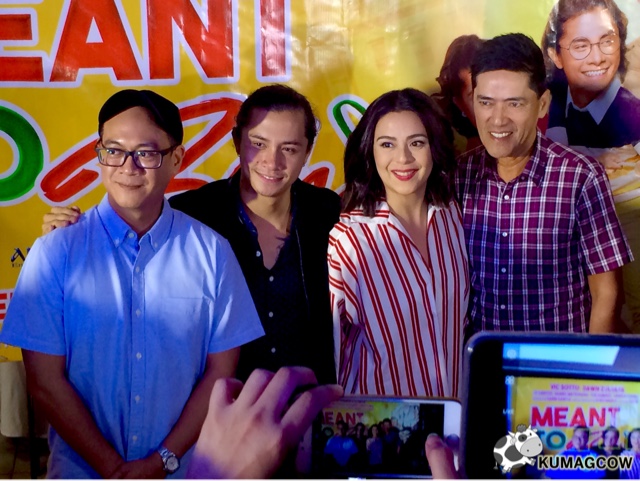 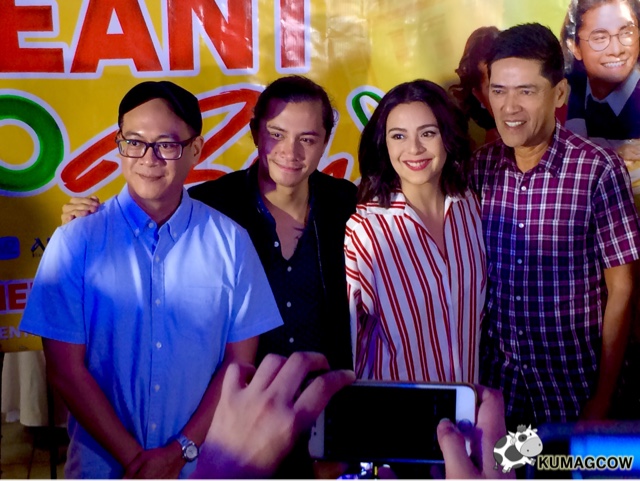 Bossing Vic Sotto says "Even if last year I missed a lot, it's so nice to finally been able to go back. The fantasy genre has always been a good niche for me but I wanted to so something realistic, it's a serious movie but we just present it in a light manner. The theme is heavy but since this is a family thing, we had to make it apt for Christmas, be family centric. After watching the movie, you'll feel a lot of things that would include values we would like to impart. In a manner you'll laugh, but still learn from it. Acceptance for what he or she is, nothing would come out of it if it's always one person adjusting to the other. Like Dawn's character and how she is totally different from me, I like that part. I like these young actors, these millenials because if they're good they take their jobs seriously. When we started initially, we didn't know how he would deliver but he did, BASTE will be the next BIG thing. We actually learn from them too, they set good examples to the youth. As an actor you want to do everything, not just drama or comedy, you have to perform well in whatever role you get. It may have been a different genre now but it's a serious funny theme, it's difficult but you'll find fun in the conversations with no effort, I just trusted the scene and script. It's still important to earn from it so that you can have another film to show next time. If I come across a very good script, who knows, TVJ may come back but it has to be a good script. When we were planning this, we already had Dawn in mind and this film is some sort of first for me. I now have had the chance to do "idawn zulueta mo ako" in person. If it's about advice, the new actors we had may well advise us because they are good. When we were casting we didn't have problems casting from other networks, it didn't really matter, it felt like actors were not forced into a boundary. Now you may have limitations but shouldn't be a big deal. We all come from one industry. Please watch us first but please watch other films in the festival too. I don't want to put competition on the festival, our goal is to make people happy during Christmas so let's work together, that's the message we are trying to project here too. They are neither kapamilya or kapuso, they are all Kabisotes." 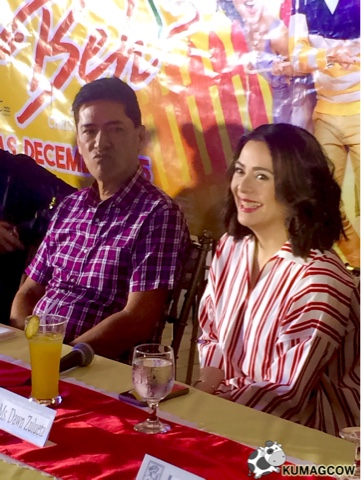 Director Chris Martinez adds "Friendship and love is the secret to a lasting relationship. Bossing is going to be a bit serious here, it's a best actor piece for him so you have to find out if he performs. It's really something different from the both of them."

JC Santos says "If you know yourself and you give your true self to your partner, that can get your relationship to last. I always try and see how they interact with each other, but I'm so glad they don't have star complex at all... they're all really humble. If you look at the Meant To Beh script, you just have to execute it and I'm very lucky to have worked with them."

Make sure you watch the movie this December 25, bring your family because it's intended for you.