It's Christmas and there are parties left and right. My last count is around 15 just this month and that doesn't even include the ones that I attended outside my family. That means I have a LOT to be thankful for and that includes YOU reading this stuff. Don't even think you're not important. Now I received 2 gifts this month that surprised me because honestly, I didn't know I would need it at an opportune time. At home, I do have a PLDT line that I use for my gadgets and other internet enabled devices. I need some of them online 24/7 for security and remote management because it's just not a good thing if I don't keep watch of people at home, including the guests we have who also use our home network.

I think the luck gods and goddesses heard me when I pleaded for solutions. You see, my connection is just enough for the devices that I have at home. When a guest requests for connections and other things that they may do for their internet needs, I give them access to a separate network but it still uses the bandwidth I have at home. I still need to function and the other devices to work but I received 2 gifts just the other week. A friend gave us a brand new Smart Bro Prepaid LTE Home Wifi device, then in a Christmas party I attended, I won another one from a raffle (Thank you LionheartTV and Smart!). So now I have two of these. You see, this device isn't just a thing that I'd be able to install at home. It's also a router which means I could use it for multiple devices if I needed to. So I took some of my devices from my existing network and used this instead. What does that mean? My guests would be able to use my network with ease, while I use this one to get me faster download and upload speeds because it's on Smart's LTE network. This thing is 700MHz LTE ready which means I'll be enjoying the connection even indoors. Now what do I do to set it up? NOTHING, because all you need to do is just plug it in and connect. Here's what it looks like inside the box.


This device looks for he best signal, so make sure you place it on a location where the signal turns BLUE. If it turns RED, then you're getting very minimal signal (when it blinks check if the SIM card is there!). As for the speed, it's completely lovely where I am. I could upload videos at my home usually an hour for a few minutes worth on Youtube, but when I used the Smart Bro Prepaid LTE Home Wifi, it took me even shorter minutes than the actual video (a mere 2-3 minutes for a 5 minute worth video). If that doesn't impress you and your friends, I don't know what will. Oh and the whole thing can be customized just by logging in on www.smartbrosettings.net on your browser. That's also where you will load it up, receive texts and modify the network name and WIFI password. It's easy to save that in a different one for more security.


The good news is that Smart Bro Prepaid also has a new promo called Home Boost 15. It's the value-packed add-on to Smart's existing Giga Surf 50 promo. It's the BEST DEAL especially for heavy data users like me. If you're into downloading apps, movies, music, video or are content creators, I suggest you get this on top of the Giga Surf 50 you always subscribe to. Now there's no more worries if you're watching iFlix on cold nights like today. What's even better is that this already comes with free 10GB of data valid for 7 days. You'll also save a lot too because apart from those promos, you'll only be spending around P15 for 1GB, have it monitored like a hawk on the device interface too. You'll be in control and avoid bill shock where that happens. 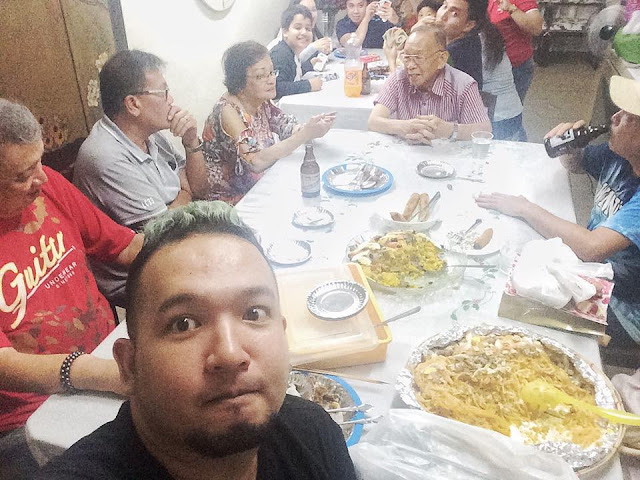 Now you don't have to hog on your own bandwidth and internet connection because once you get it fast like mine, you'll have MORE time to use for celebrations, reunions and talk with your family. It's these connections that count the most, because as far as I'm concerned THIS IS PRICELESS. Now go out and make memories out there, have a happy Christmas!

For those who would like to know more about the Smart Bro Prepaid LTE Home Wifi, visit www.smart.com.ph/homehelp or call 8881111 or dial *888 on your Smart mobile phones. This only costs Php 1995.00 (available via store.smart.com.ph), you can also go to Smart centers nationwide!

Now that you've got this on your list of gifts to families, let's all connect like never before this Christmas! How about that?!