I don't know what it is exactly that makes me so happy when I'm eating Japanese food. I feel it's such a labor intensive process. The way they prepare things that are so simple, they just make it look like a million bucks afterwards.

CHIBO Okonomiyaki which I first experienced in Mall of Asia (a franchise from Osaka, Japan) just opened their newest branch in The Podium at Ortigas Center. The mall has been spruced up recently so these new shops are all just starting. The difference though is the Okonomiyaki which CHIBO specializes in. The quality of produce they put in on every Japanese pancake must have been carefully chosen, made fresh, hot off the grill, amazingly full of that UMAMI flavor we all love! 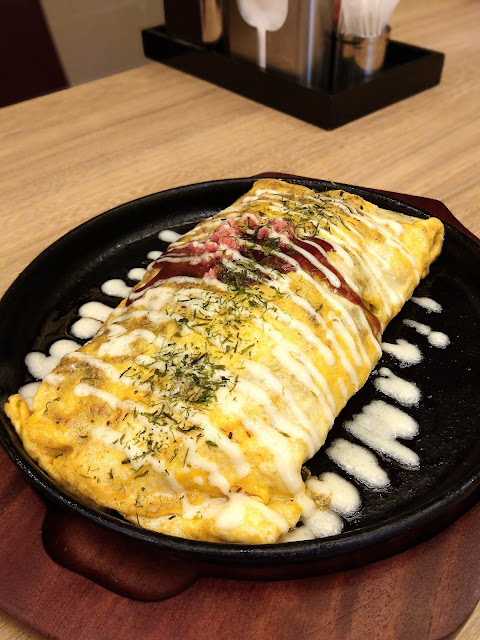 This is the Omusoba. As the word suggests it's like my favorite Japanese Omu Rice but instead of the run of the mill ketchup laden rice, they put in sauteed soba noodles in this one. Honestly, I've never had one before but surprisingly it was like pad thai in Japanese flavors. It was pretty good. 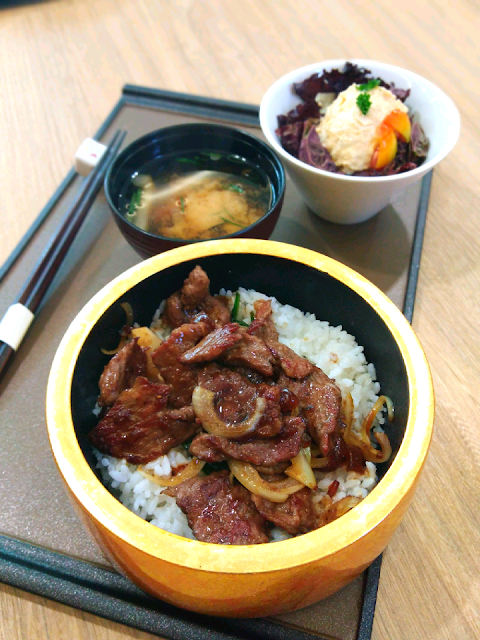 Their US Angus Steak Ju is my preferred bowl. They have these in executive sets - which I think was made so you don't have to worry much if you're in a hurry. You deserve a hefty serving of proteins, rice, miso soup and a hearty potato salad  enveloped in creamy japanese mayo (I think?). They do it well. 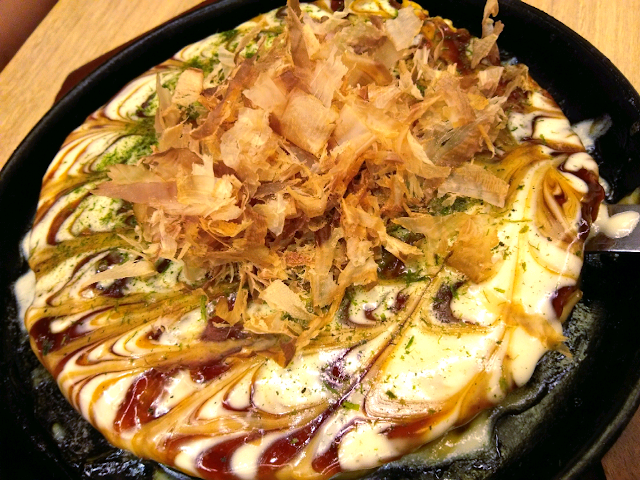 The Chibo Okonomiyaki is their best seller. I love how they painstakingly went out of their way to make this meal a masterpiece everytime they dish out an Okonomiyaki from their kitchen. I'm sure it wasn't easy to make it look this good, plus they got the cabbage to still feel crunchy, not overcooked, and the sauce just compliments all the subtle flavors this dish had. It reminds me of a more mushy Takoyaki, a bigger one at that. 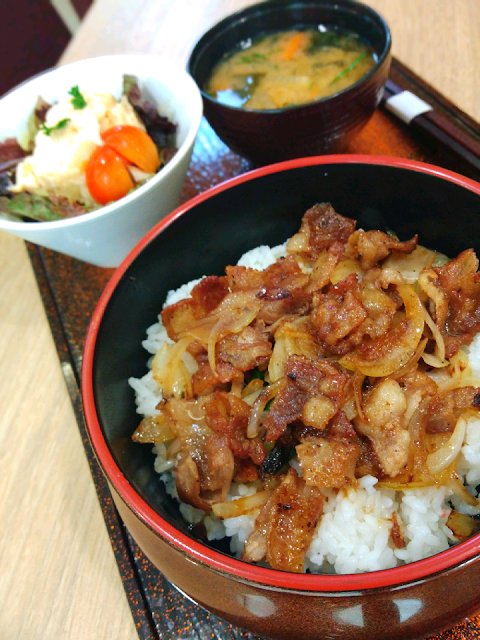 They also have the Pork Ju, which is soft and full of flavor. I would prefer a more fatty one but this would be great for those who watch their weight, you won't feel guilty as it's got pretty lean strips. Everything is just an umami bomb waiting to happen. 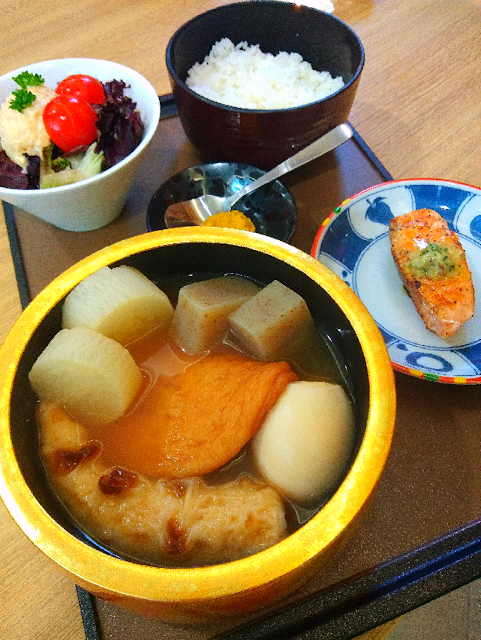 This is their Oden Meal, which is pretty much a mix of good fish konyaku (like a fish cake), daikon (radish) in a light clear broth. It is also served with grilled salmon on the side. I was a little allergic to seafood but didn't want to fail and try it (I brought antihistamine). The broth was all on the sweet side, not too overly fishy and just right. This would be a good treat for those seafood lovers. In hindsight, I like it a lot! 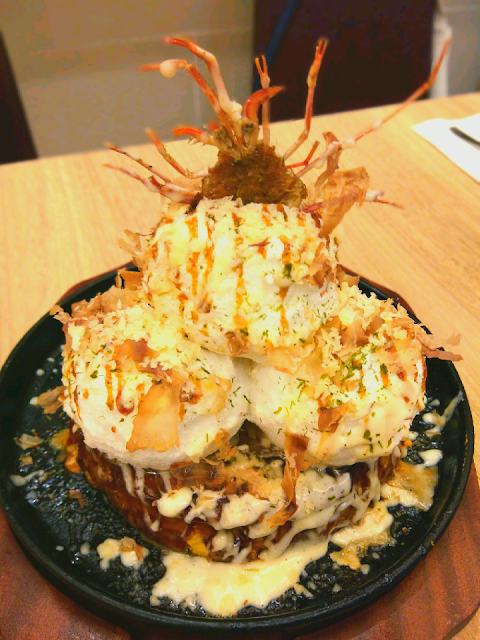 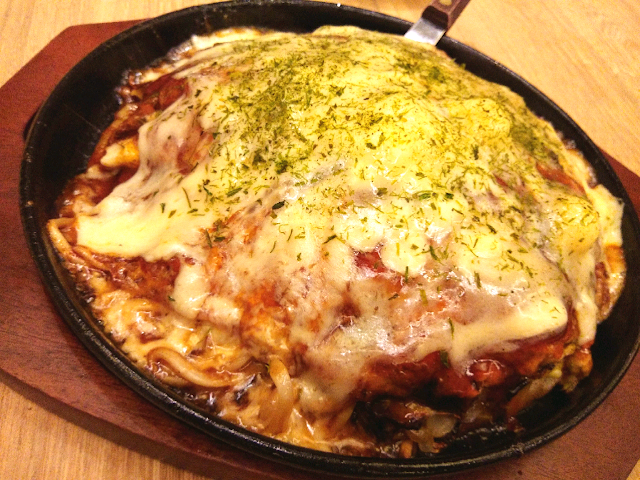 The Shirayukihime and Cheese Okonomiyaki are both show stoppers. If you want to impress guests, your family or just want really good extreme flavors, you should try this out. My personal favorite is the Cheesy Okonomiyaki, it's got that salty, sweet and umami flavor ok point. It was filling and exactly what I would want in a good, flavorful, twisted Okonomiyaki. It's addicting to say the least and if you've tried the original one, you'll even love the other flavors they have on the menu.

Chibo Okonomiyaki is located at the 5th Floor of the new Podium which is accessible now via ADB and Julia Vargas in the Ortigas business district. For executive luncheons, quick bites, this would be a nice change rather than just going for fast food.

Trust me on the Cheese Okonomiyaki. I'm going back for that this weekend.