Andrea and Khalil Shares Scary Stories for The Ghosting 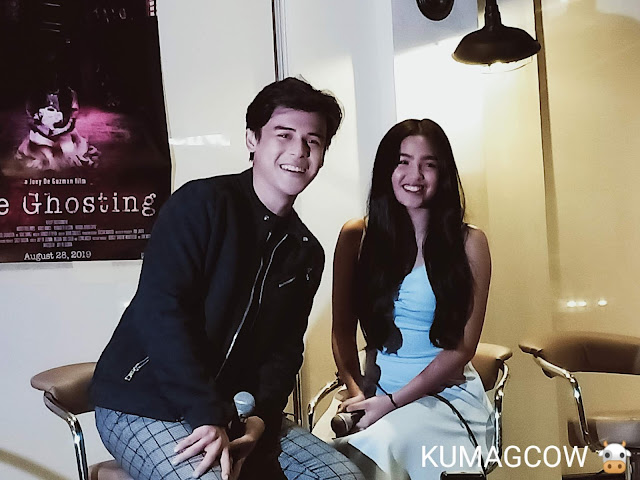 Andrea Brillantes and Khalil Ramos will be frightening you in a few days (August 28). They’ll be starring in The Ghosting under Reality Entertainment.

Andrea shares “I am Grace, a college student and got approached by a girl I didn’t know. Then they warned me about it, too late. I have personal experiences in Taytay and I don’t know if my Yaya was fooling me, but I have seen and felt it in an abandoned house in Rizal. Even in ABSCBN they will go with you on elevators. I feel they are just around us. This is in house, no outside shots, so we were confined and I had to resort watching films that have the same feel. It was different than my previous projects. You will get it when you watch the movie. Most of the crew told us the place is really haunted, but we didn’t get to see one so we were a little disappointed. I have both treated horror and drama difficult because it’s emotions, this one is physical. I got thinner because of this movie. I also like gore, crying stuff, I am happy doing it. I hope people see how I work hard acting in both my TV dramas and this project.”

Khalil says “Ken is lonely, he was he one who helped Grace after getting curses. I investigated it, and it wasn’t an urban legend. He is also weird, he has the sixth sense I guess. The peg was to be a horror flick like The Shining etc but you will understand why the title of the film is that way when you see it. The title was already like this prior to that issue with other celebrities. For me to see is to believe but last night I have had felt something, heard it, someone sweeping the floor at 3am. Things like that made me really scared sometimes. This is my first horror movie, I like how they shot this. Coming into the project I was really excited because it became collaborative. We worked together to do the scenes well, it was different in horror films because you have to breathe differently while rolling. I am in the process of making a horror film, I have plans but I don’t want to watch it. Of course, in the future. As an actor I have a lot of challenges because you have to have played on skills, to be scared organically, I had to think of the actual kid scary, apply real life experiences to it even if I am working with actors, I think it is effective.”

Both have promising careers, and it looks like they have to balance passion. Khalil adds “I have been troubled to write songs and it is difficult to juggle things and write a two to three minute compelling song. I will be doing a lot of these things for the rest of my life.”

Again, The Ghosting will be showing on August 28. If you’re a fan of Andrea and Khalil, you must watch it, if you’re a fan of the genre, you need to watch it too. Will it be frightening as they say? You have to find out. No, you cannot have that little girl behind you watch it with you. 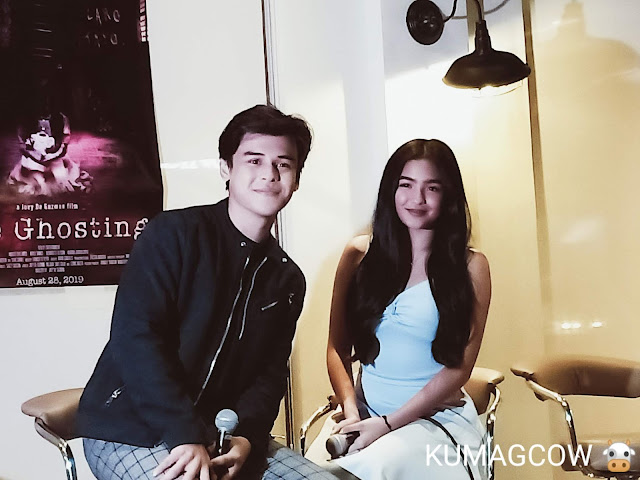