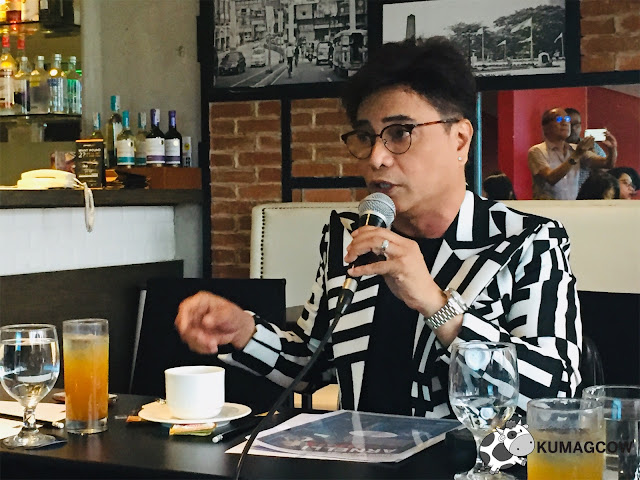 Arnell Ignacio has been a staple on afternoon shows, comedy stints as he’s one of the most entertaining guys in this country. He’s bringing to the table a little more than laughs as he gets to invite you into his new home called “Arnelli In Da Haus!”, a one of a kind magazine show that talks about government service. Aside from the usual human interest interviews, he’s going to also do moderation between government offices and regular joes in his segment “Imbyerdegador” and also give guides to government services with “Step Brother” and “PaPromo” which will delve into new government services. They will also include government success stories via “Happy 2 Serb”, also “Like Mo Siya” to feature awesome government employees and his editorial commentary via “Dear Mamser” where he’ll be giving more personal takes on government matters.

Arnell says “We have made this to inform people, so they would know how they would be helped by the government. Unfortunately Government people are not made for the camera but they are very nervous. People assume they can do it, they are not superhumans who can explain things so we are taking the time to do that and be understood in layman’s terms. It’s non political, our goal is to solve things, to be with the people in immediate need for help, to provide help so they could get the service they need by understanding the procedures, to lessen unnecessary stuff that lengthen time doing it. I love my job in the government, it is mixed, it is too hard to swim in the beurocracy and ill fated processes in the government. Let us ask the right questions, we want to address these because we think it’s just a misunderstanding sometimes. The solutions of the government are too sophisticated in a simple problem of an ordinary person, it’s a huge difference. I am very passionate about these things, I will talk about it quite lengthy.”

His fun and witty ways to talk about very serious matters in government service might prove to be a good formula to split the gap between private companies, people and government service. “Arnelli In The Haus” will show on IBC 13 starting this Thursday August 22 at 8:30PM.