Come Out For Love: The 2014 Metro Manila Pride March 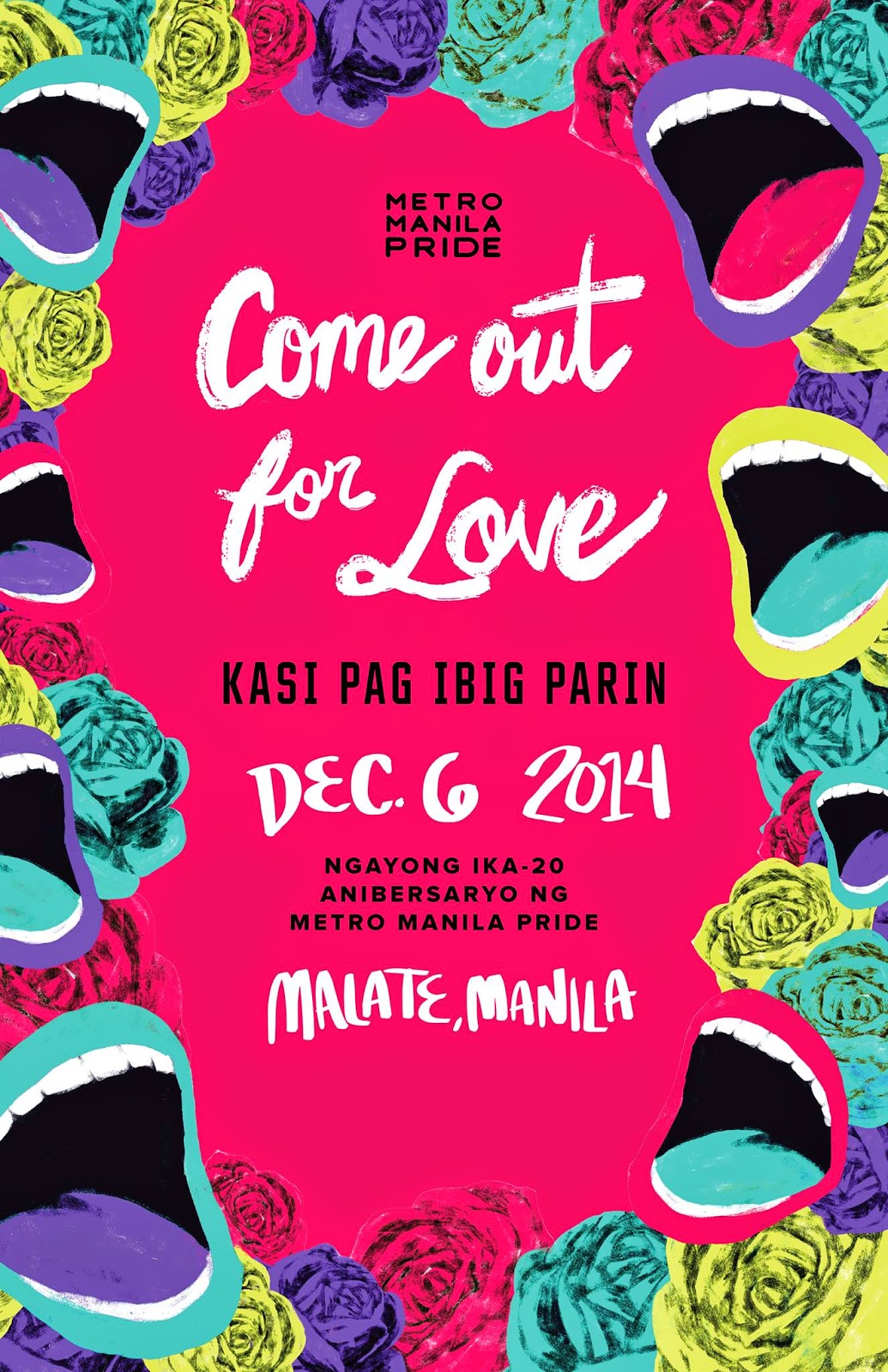 We all have LGBT friends. Yesterday when I was in an event, I heard from a man seating in front of me reading aloud a text message he received anonymously, apparently containing some really ridiculous notions about the PINK Film Festival Trinoma, Quezon City and how it will turn the place into Sodom and Gomorrah if they don't stop it from showing films that contain things discussing LGBT on it. They've been fighting for years now, even straight people are supporting them, because ultimately they are seeing them as people, without prejudice to what color, shape or form they are.

Unfortunately, there are still ignorant ones who ridiculously think spreading hate is the solution. We all want to fight for equality in the workplace, at home, and community - and that goes the same with the LGBT sector, they don't want special treatment, they just want what you and I are getting. Yesterday, whilst some government officials were undergoing HIV tests - it kind of struck a cord on me to think how many people are still getting that stigma, either from what they learn from backward thinking folks, or merely not understanding the whole problem at hand. There are a lot of things that contributed to HIV but most of it is because of unprotected thingy.

Tonight, while I was going home from watching Chicago, I met a friend while heading to my place. He's part of the LGBT community and is part of the organizers of this year's pride march. Their theme this year is "Come Out For Love: The 2014 Metro Manila Pride March" and they're in need of support from everyone, LGBT or not, crooked or straight, to head onto Malate in Manila at 2PM. Please register at their event page here and invite yourself, your peers to support the cause. Their build up will start at 2PM and the march will start at 4PM today December 6 (TYPHOON OR NOT, RAIN OR SHINE, THEY HAVE A RAINBOW). All they need is your presence and support. A worthy cause I might add. Think of your friends, all those who have been part of the LGBT community and have done a great deal of good for you. This might be a nice way to give back.

http://metromanilapride.com/
Posted by John Bueno at 3:25 AM