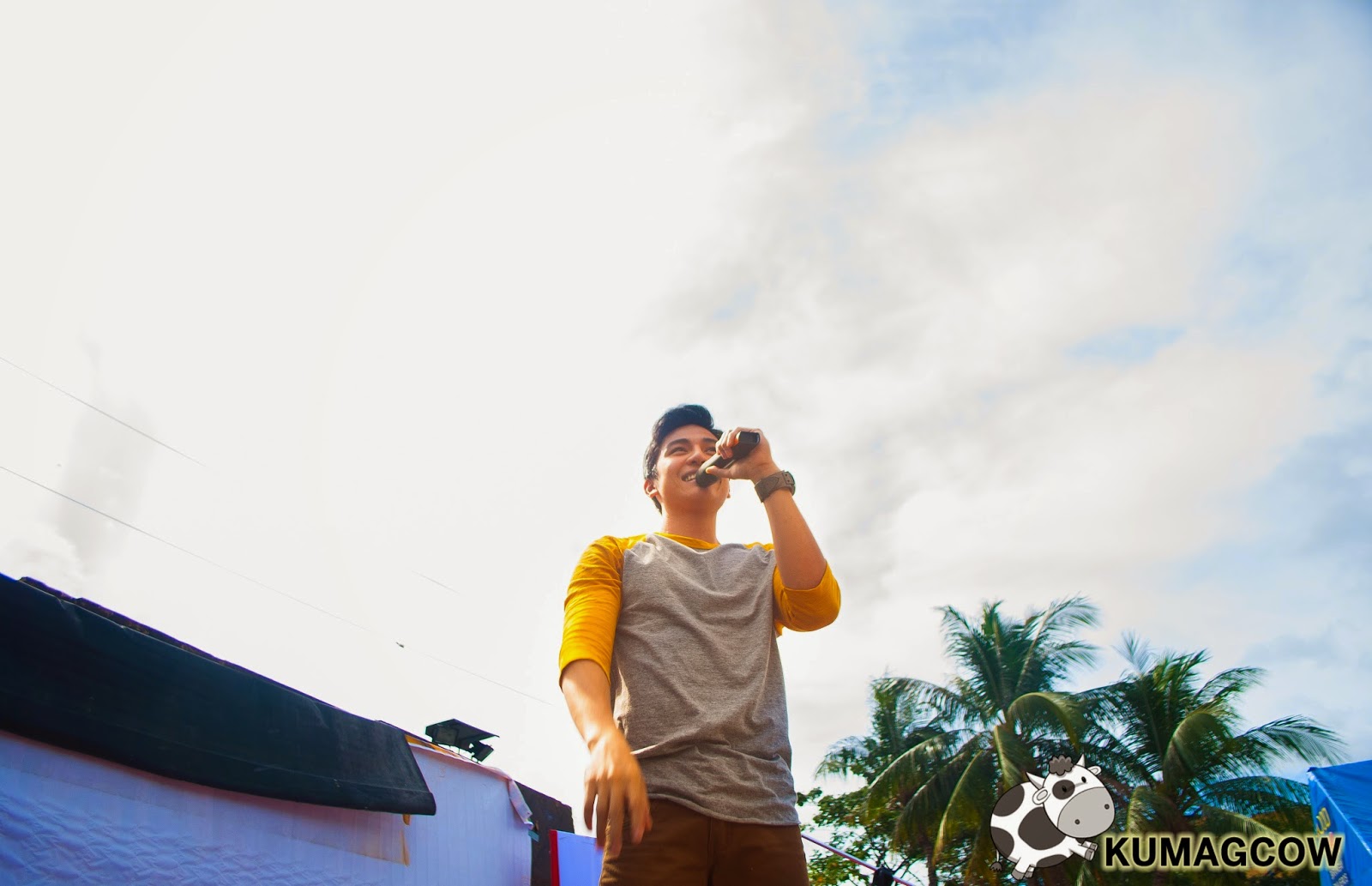 It was a great sunny day when we visited City of Malabon University in the north of Manila. Everybody else said it was going to rain and the people were very frightened about the Super Typhoon Ruby which ended up dissipating when it made landfall in Southern Luzon. It's a good thing that it did because a lot of people got the chance to meet their favorite stars from GMA and we were there to cover that. 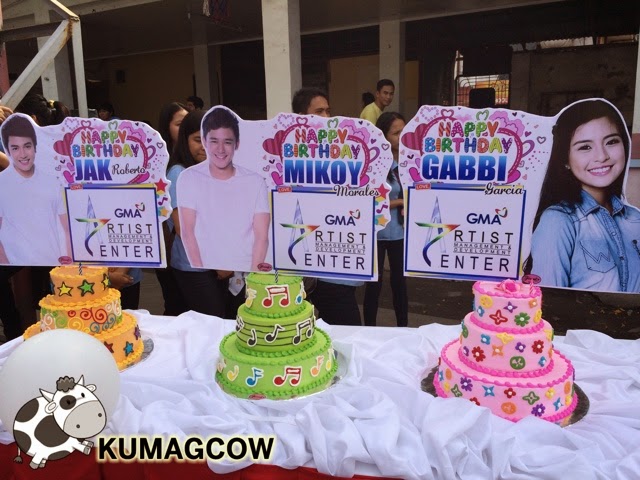 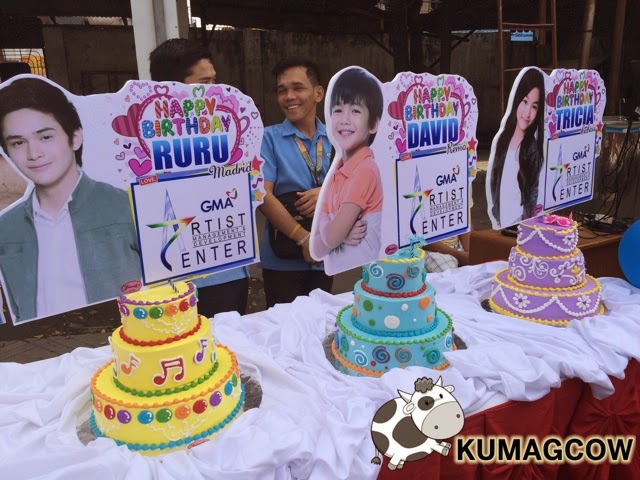 Cakes were laid out on the table so when the students of City of Malabon University saw that, they immediately came rushing to the stage and awaited who would perform.

They even came in prepared, holding out their umbrellas to battle with the scorching hot sun because we were in the middle of the school's quadrangle. Their professors, Principal, even the city Mayor was in the venue.

Fist up was Jak Roberto. This guy as you can see got mobbed by the ladies. I can sense a young Christian Vasquez type of guy about him. He's a great actor, he's got really great looks but I think he's more good looking in person rather than photos. Now just imagine how they all went crazy when he approached some of the students in the crowd. Seriously, he could be one of GMA's greatest leading men very soon. Oh and if you haven't been able to see him perform, he's a regular in Kuya Germ's Walang Tulugan (No Sleep). He's one of the most impressive looking bodies too in this year's Cosmo Bash which surprised a ton of onlookers because they probably didn't expect a demigod in his persona.

Jak Roberto also took time and played several games with the students and even participated in booths of their school fair. Kisses and hugs were sent their way. Jak was so game to also sing, he's very talented and can play a mean guitar number. I can even tell the bloggers I were with was very fond of him especially Ely and MJ haha.

We sat down with Jak and asked about his ideal girl, he says "Of course I would want someone that has good personality because I love making conversations. That's how I am. If ever I had a lady to be a love team, I want my supporters to choose. But if I had the right to choose, it would be Yassi Pressman. I'd like to do a Wattpad episode soon too. I play basketball these days with my other GMA co-actors and I just had dinner with my family for my birthday. This is my first time to celebrate with Artist Center and I love it. Thank you by the way to the people who supported the independent film being shown in schools nationwide and I hope to be able to reach an even wider audience soon. I don't choose roles, if they see it fit with me I'm okay. I'd want to concentrate on drama. I am shocked at the response of the students in CMU. I haven't asked for anything but I want to be the person that's dedicated and more focused in opportunities. I want to be in my perfect form. I want more projects, more teleseryes and I want to be great this year. I want to emulate Paulo Avelino or Coco Martin. We don't have plans for Christmas but I'm probably going to spend it in Bulacan. Thank you to my sponsors who helped us entertain people here in Malabon."

http://gmanetwork.com/artistcenter
Posted by John Bueno at 3:19 AM