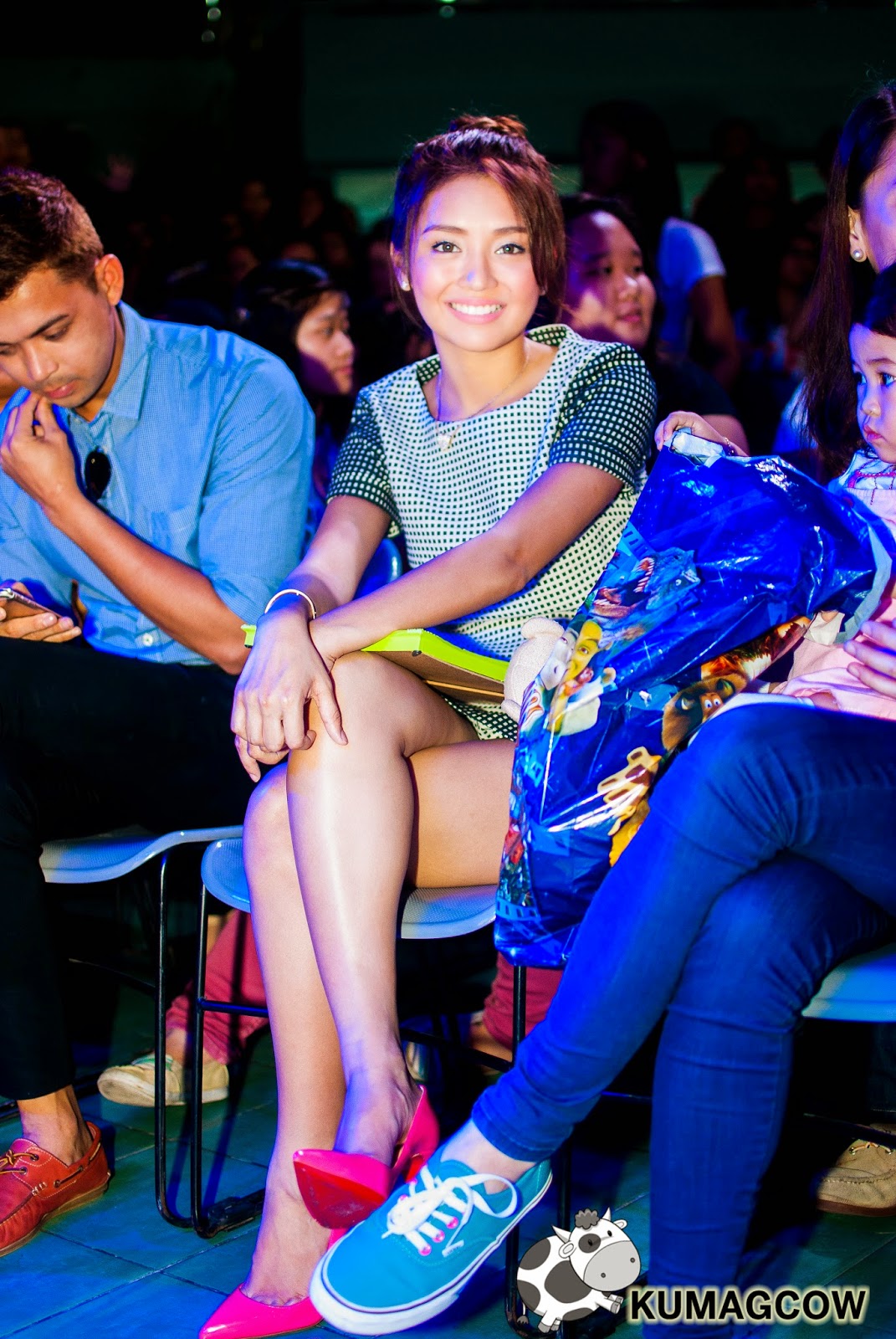 I was there the first instance that Kathryn Bernardo signed up with Ruffles, the popular bag brand found exclusively in The SM Store. Back then, this lady already did hold a lot of promise. From several hit shows, blockbuster movies and a flourishing love life, she was bound to be one of the most successful stars in TV land. KathNiel as most people call Kathryn Bernardo and Daniel Padilla's fans, have always sternly supported all the products that they have endorsed in the same period. Kathryn in fact is a special girl, and with the life she has, Ruffles stuck to her like glue because she genuinely loves the brand and even got the chance to be part of the team behind the collection they unfolded that afternoon. It was a day of celebration, it was a great party thrown by Ruffles, Kathryn's greatest fans and the people who continued to love the pair since the very beginning. What love you ask? It's love that even if they have lives of their own, they went to SM Skydome, together with a thousands of her fans to let Kathryn Bernardo sit and watch, evenly enjoy their performances that showed how they loved her. Love her this much.

Normally, a fans day would require the actual celebrity to entertain her fans even from the beginning. This time, they made Kathryn sit down and watch, together with her family, friends, some people from ABSCBN management and the people from Ruffles. Then the festivities started.

The performances were quite mixed. Some had just plain cheers. Some had cheers, music and songs mixed in them. Some had dance numbers. Some had original compositions played there too. Though in the last bit of where they had to perform, this Mom stole the show and just told the reasons why as Mothers, they supported Kathryn too. She was just as passionate as the rest of the younger ones in the event, though while everyone was actually waiting for her to sing something, she continued to talk more, this was where we had laughs with DJ Jaiho of MOR. Jaiho also called one important man in Kathryn's life, and that's Daniel Padilla. He was trying to congratulate Kathryn Bernardo through the call but since everyone was shrieking in the Skydome, they couldn't hear Daniel Padilla at all. The mere "hello" of Daniel though just made everyone go gaga. He made his point across though. This is a Kathryn Bernardo event and Daniel must have been so proud of her feat.

They also played games where a ton of them would be able to guess, take answers and pass messages until the last member. The closest won. One of the prizes was a life size standee of Kathryn Bernardo. I saw a lot of the grew envy of that girl who won it, hehe I wouldn't blame them because it would probably look like you're with Kath the whole day at home if you get one. :)

For those who didn't get to the event, here's a treat for you guys! Please watch her in this song!

We love Kathryn Bernardo. Ruffles too. When this happened, you got the event to trend worldwide! Your support has made this campaign successful and I hope you get to see the new collection at all "The SM Store" branches nationwide, Ruffles will be there for sure! By the way, Ruffles is planning more things for Kathryn so please watch out for more, because there's a ton in the pipeline.

https://www.facebook.com/RufflesBags
Posted by John Bueno at 3:40 AM