Marites Allen Updates for 2015: Year of the Sheep 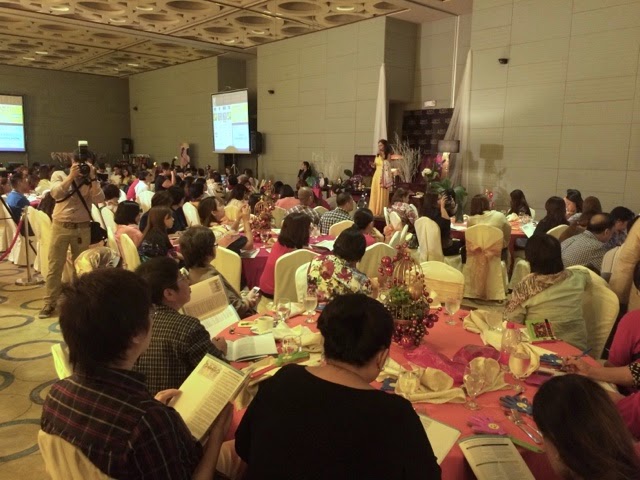 We attended the convention of Marites Allen at the Luxent Hotel in Quezon City. As I'm writing this outside the veranda, the place is packed with fortune and Feng Shui enthusiasts from around Metro Manila. I couldn't even get a seat literally because of that. 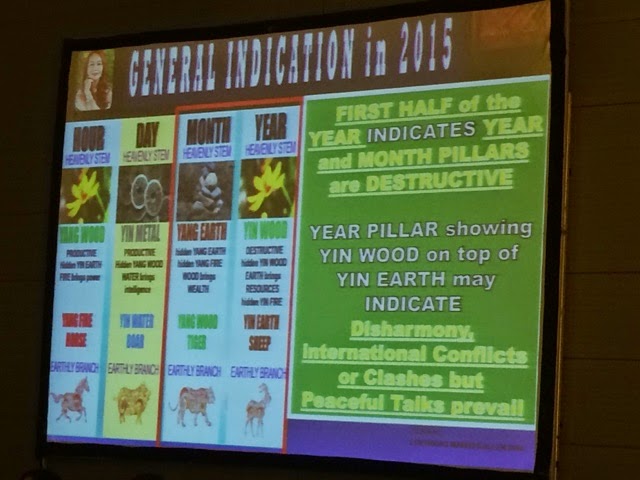 Generally, 2015 is seen to be very nice. More so if you are born in the right hour, day, month and year and complement the element and animal sign that's bound to be lucky. 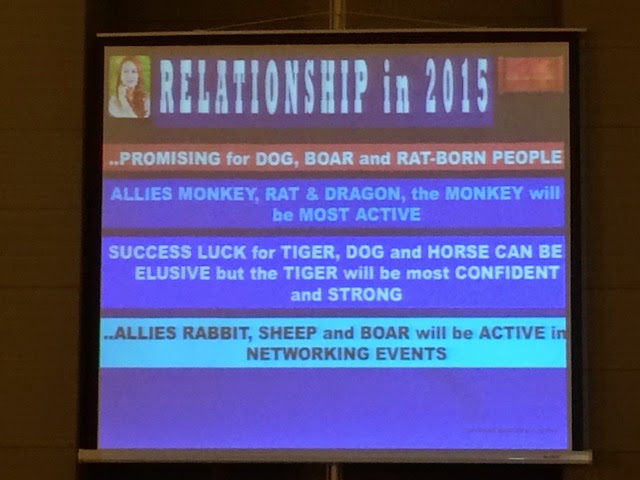 As for relationships, although it's going to be elusive for me this year - I don't really mind. I can also do things to suppress it by using charms and enhance other things that I'm lucky with according to the charts. Feng Shui is basically how you can make your environment work for you. We just have to be guided by it but we still control our destiny. There's nothing wrong following simple rules to become ultimately happy right? 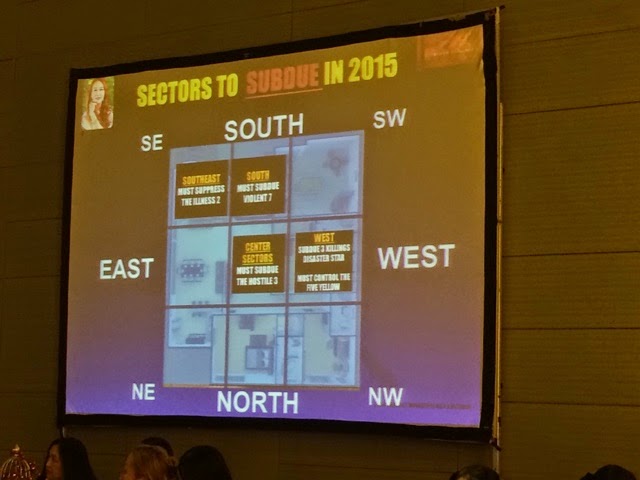 For those who would love to do something about their house and follow the flow, the East is where the Sun rises but you can follow a simple gradient so you can subdivide the section of your house into the directions where you need to take action. Illness on the Southeast, Robbery in the South, Hostile people in the Center (do not put wood or water in that area), and some unluckiness in the West (throw out old charms that absorbed much bad elements already and get new ones to supress it). 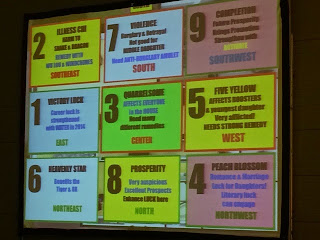 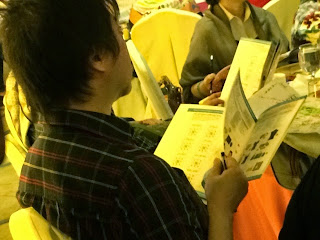 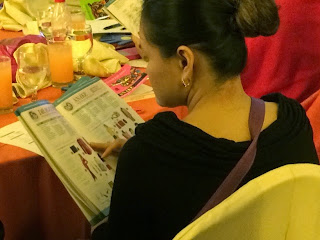 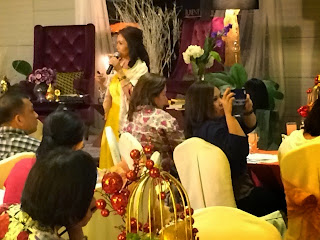 People here take matters of their fortune seriously. They know how much Ms. Marites Allen offer only the most practical advises even though it all looks so luxurious here. Her new line for Frigga not only have pieces that look so gorgeous on women - but brings an added bonus of luck by getting all the auspicious symbols in it. So when you lack one or more things in your animal sign, it'll get you all the help you need. She's also launching a book early next year indicating pieces and prints that you can wear every month so you don't have to do the guess work. Frigga has really outstanding titled people working behind it that also worked with other brands and some critically acclaimed as well. 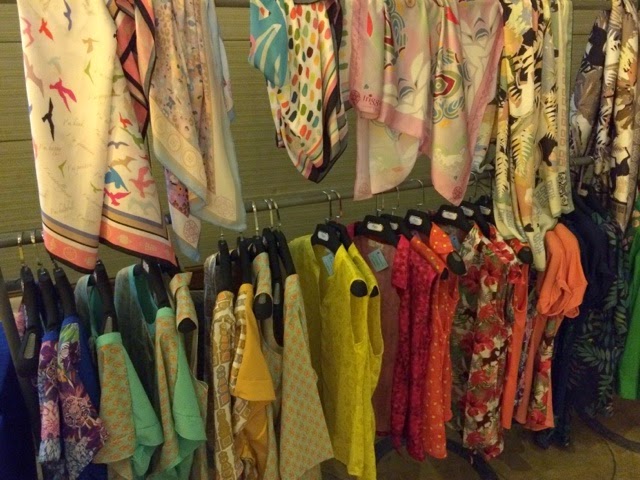 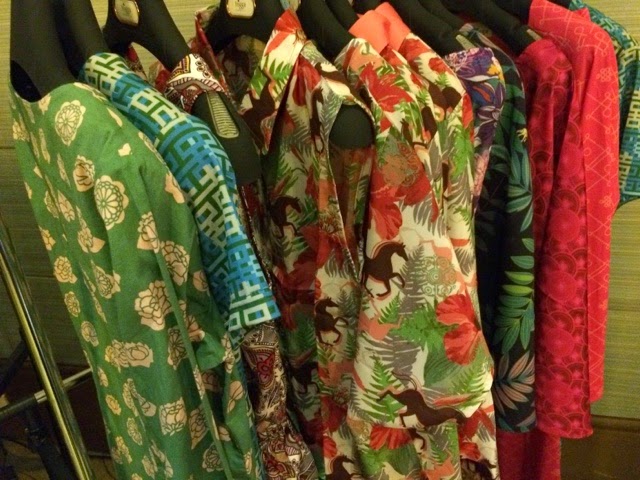 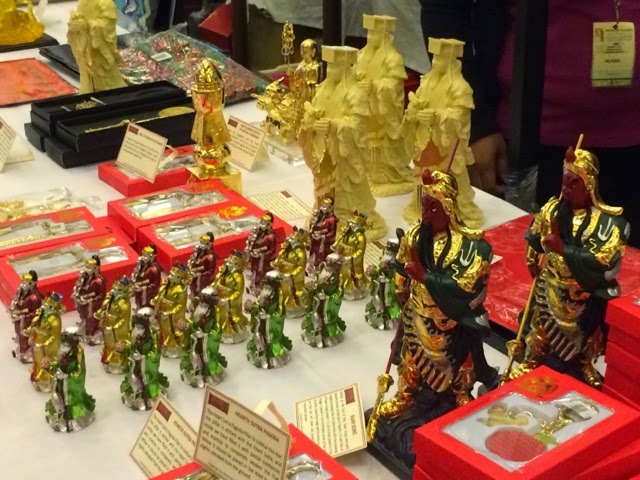 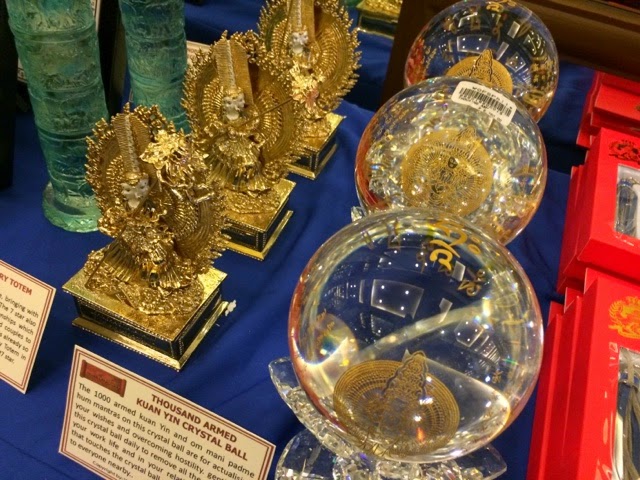 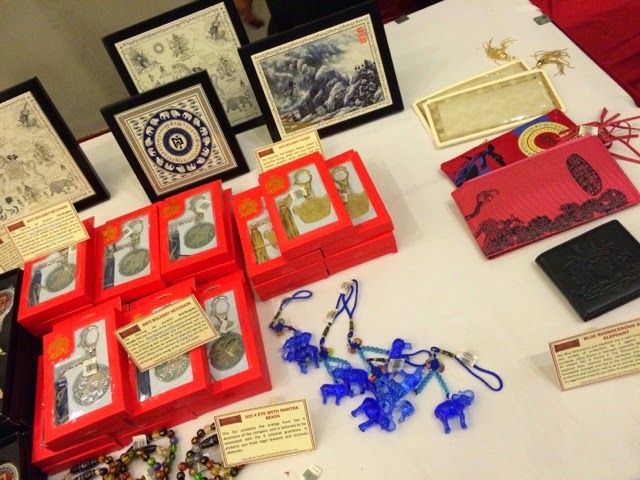 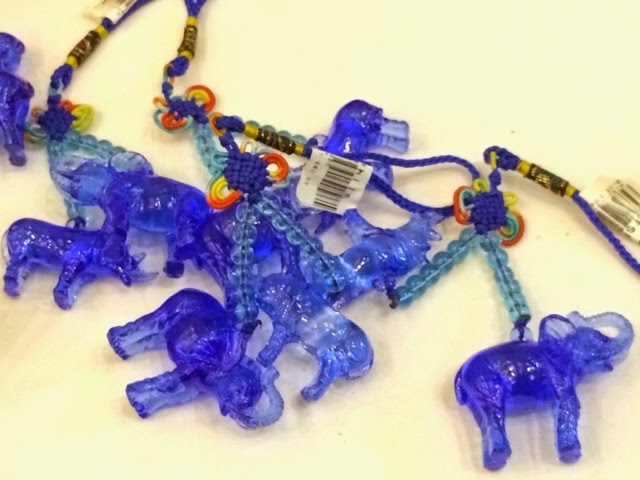 Some of the nice things you would see in the World of Feng Shui stores and Frigga outlets soon!

Now you've got the best of both worlds. You've got the best designs and clothing, plus the one of the most revered real masters and authority in Feng Shui. You don't get that title just by practicing it and studying about it because there are certifications that come with that awarded by a governing body. Unfortunately I heard some people are abusing that and presenting themselves as masters. Marites Allen is the real deal and she's doing things that have benefited some of the most noted personalities in the Philippines including Boy Abunda, Kris Aquino, Lucky Manzano, Jennylyn Mercado and Chinese moguls to name a few. She wants everyone to benefit from it and the way she's going, she's gotten a ton of countries in Europe and Asia already in her belt. She's never going to forget the Philippines of course. To know more, you may check out her personal website http://maritesallen.com/ and Frigga's Facebook Page https://www.facebook.com/Frigga888. She's also coming out with stuff for men beginning with the leather wallets which we saw during the Feng Shui Convention this afternoon. Aside from that, you can visit World Of Feng Shui outlets in leading malls nationwide! That I gotta see!