Yeng Constantino: All About Love

Yeng Constantino just released her newest album "All About Love", and we recently talked to her during a small blog conference in Don Henricos, a restaurant located in Tomas Morato, Quezon City. She says "I used to only listen to Rock music as a preference but now I'm more open to any kind of music. I wanted to have several people to be part of the album. In a long drive to Tagaytay, we listened to a couple of his compositions and what I heard there made me know him more. I wanted to include several of his songs in this album on the spot. I want something to symbolize this album and it's a good thing we got BJ Pascual to shoot. All the concept, the shots, it was all great. I want people to remember this album as the one who has the rose on it because it is after all "All About Love". I want to do everything to be worked on perfectly before releasing it because I don't want to shortchange my fans. I am happy for the support of my Cornerstone family, Star Records who worked with me all the way.

We'll also be working on a music video to be shot entirely in Japan. I want it to be done during "Sakura" aka Cherry Blossom season because I love the scenes at that time. I want to wear paper umbrellas, kimonos, under a tree, I'm seeing so many things that I can do there. I also wish to have time to bring the ICON concerts all over the Philippines because I know a lot of people are requesting for it. When we also made this album I had initial fears because it might be done haphazardly because I wasn't in love when this started but when I got him, I never doubted. It was something I want to do in order to reach more people. The musicality, everyone would relate with it. I want it to be something inspiring for the people who would want to listen.

I have a blog and I want to write  my thoughts about life and love, it might be seasonal but it's true. I will not retaliate with hatred because that doesn't really matter to me. I am happy with my family, happy with my supporters and I can only think that these trolls who work behind the keyboard, I am so sad they are wasting so much time with someone who doesn't even care. That's what I learned from my Dad, when I enjoy something, I go ahead and do it. Good vibes." 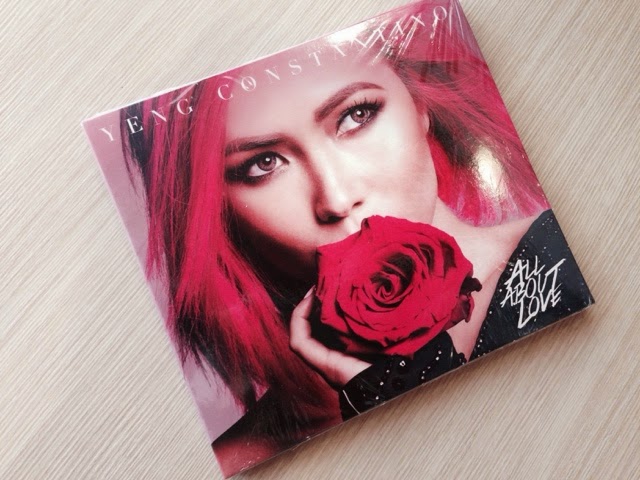 She also hopes you can get her album released in stores and record bars. Please also support the video of "Ikaw" which is her pre-nup anthem. All About Love, is all about love and it's personal. She thanks her sponsors, Yengsters who have been with her all the way. Her soon to be husband too, she can't wait to be with him this February, for real.

For more information about her album: