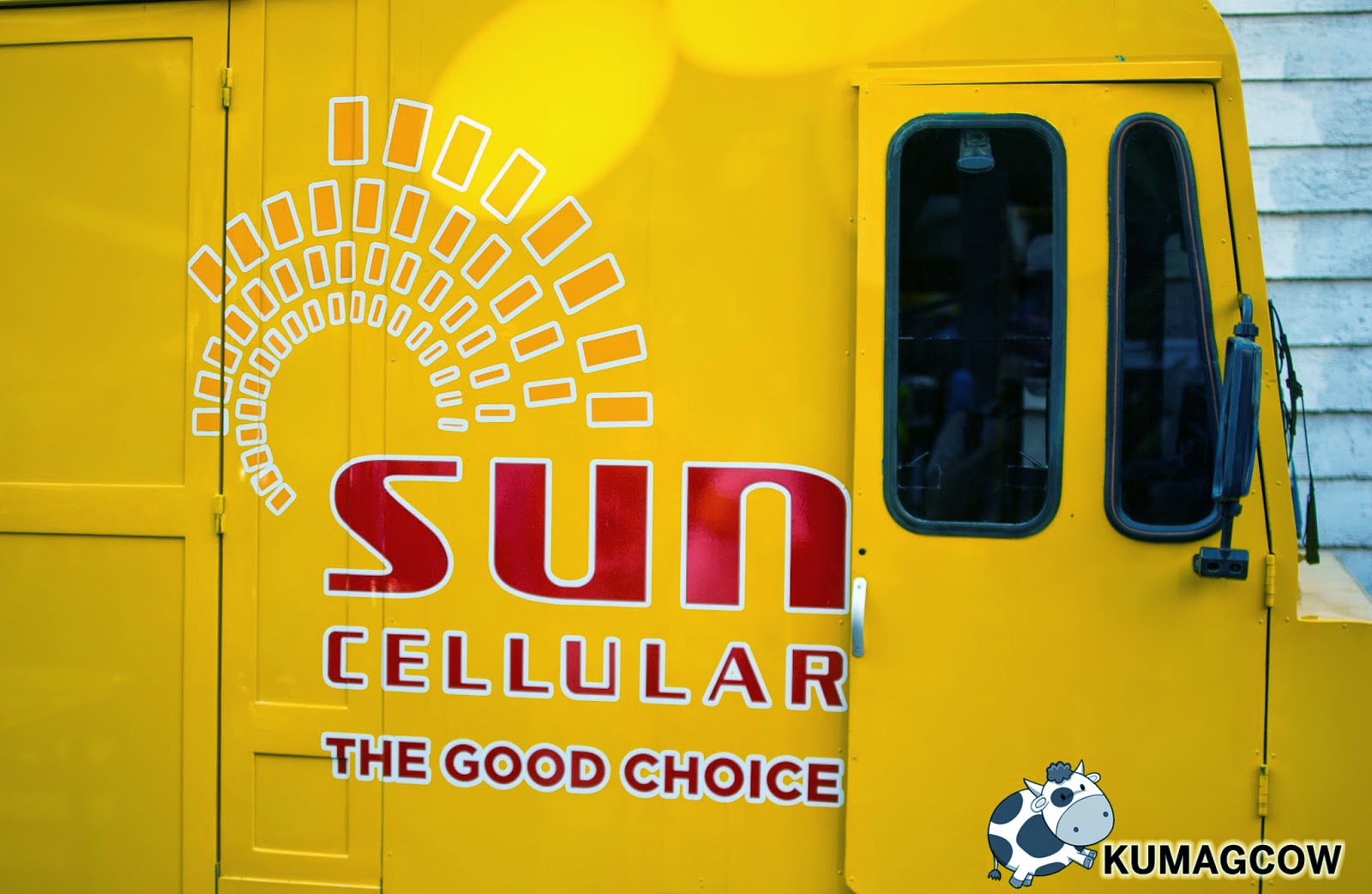 Look at what just rolled in your neighborhood. For the love of giving you the best deals and affordable rates, Sun Cellular just added another way to get them closer to home that you ever think possible. From now on, you'll be seeing the Sun Shop On Wheels popping up in strategic locations nationwide. They launched this in Eastwood a few days ago in a very grand way too.

I haven't seen any rates as low as the ones seen in these Sun Shop On Wheels because they were almost literally giving away phones. I even found one that costs P1 (One Peso) if you get the Plan 200. That's almost as cheap as the load kids use in one month and once that they get the plan, it's almost free no?

Sure enough, people flocked to the shop and got those phones in a jiffy. Since it's in Eastwood city, they got the yuppie crowd and the people living in condominium units getting those offers like hotcakes in the morning. I also saw some internet packages with exclusive gadget deals like 52 hours internet on Alcatel Pop 73G Tablet on Plan 450 of if you prefer, there's the 79 hours Internet if you get the Plan 600 plus TV Link. Plus that afternoon, look at who manned the Sun Shop On Wheels!

Model, host and all around lovely girl, Solenn Heussaff took time and got so many people inside the shop. Heck when they bought new phones, it's but right to at least have someone memorable in selfies too.

Then when everyone thought the festivities were already done, tons of people clad in Yellow also roamed around the area and pumped up the volume. It was a flash mob!

It was awesome and I've also seen several people shocked when these guys and gals bursted into a frenzy with their crazy dance steps right in the middle of Eastwood City!

Then after that, a short awarding ceremony was done to the first few subscribers who signed up for offers in the first ever Sun Shop on Wheels. He's a pretty lucky guy because he got to be with Sun endorsers Saab Magalona, Lauren Young and Mikael Daez.

Not only that, these models also handed out free gadgets to the first subscribers as an added bonus treat. They're very lucky because I know some of these are very expensive too!

Michelle P. Curran, First Vice President and head of Sun Cellular Data and International Services said “We are now making it easier for Filipinos to go connect with friends and loved ones and go online, anytime. Our newest broadband services complement the broad range of products and services now available in our Sun Shop On Wheels - ensuring a rich and fulfilling Sun Cellular experience for all our subscribers.”


So make sure you follow all their media channels below so you know when Sun Shop On Wheels will be in your neighborhood soon!