Wonderful Smart Things From Philips this 2015

Philips, the world's number 1 brand in lighting showcased their best products in the market in time for Christmas season. They believe so much in innovation and has been going all throughout the country in order to get people see what can make their lives easier. 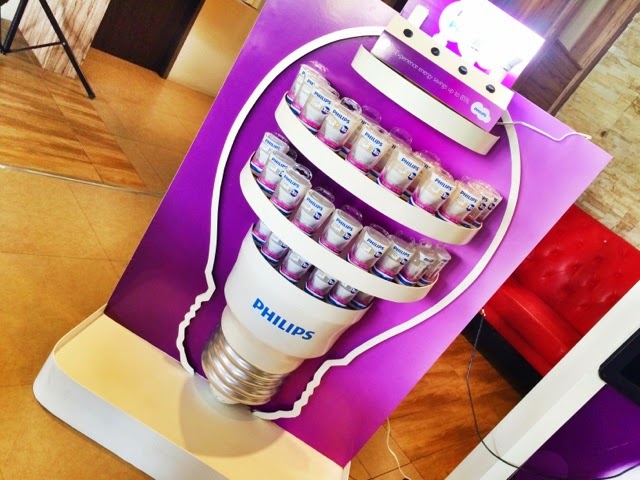 Philips LED lights have been so good in my home. I use it for most of my rooms and plan to also change the old school long fluorescent lamps when they go kaput. The thing is, you only need basic lighting in bathrooms and bedrooms. Having different ones would likely result to higher consumption of electricity, which is not a joke in the Philippines where we go second to Japan in rates. We are also in some sort of energy crisis and saving in that part would be beneficial to the greater populace right? 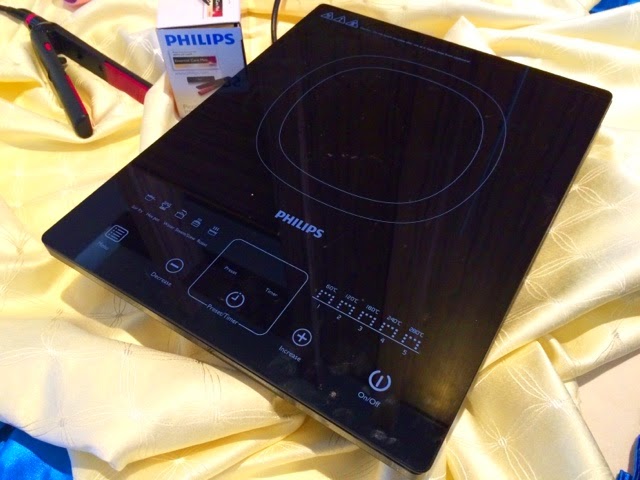 Speaking of which, new technologies in cooking like this Philips Induction Cooker gives us something to think about in kitchen appliances. It's totally going to save you a ton compared to those that have heating elements which layer costs you an arm and a leg in electricity. Best of all, it peaks so fast you don't have to wait that much if you're cooking something. It's safer too because it requires no gas and you can touch the thing without getting burned. 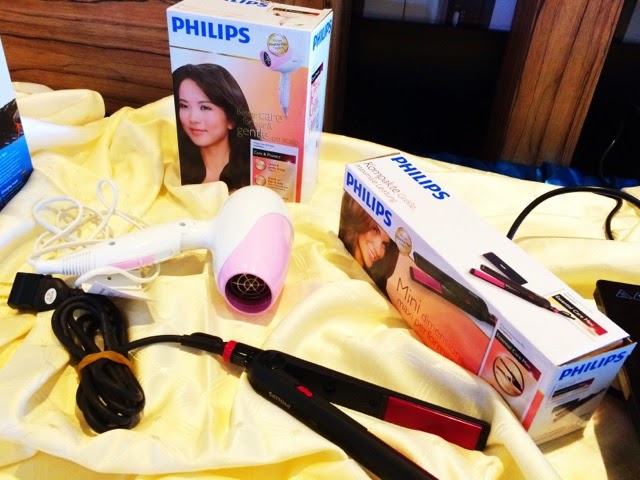 Philips also has things for ladies. I like their hair irons and hair blowers, which is essential for people like us who need to be presentable at work. :) 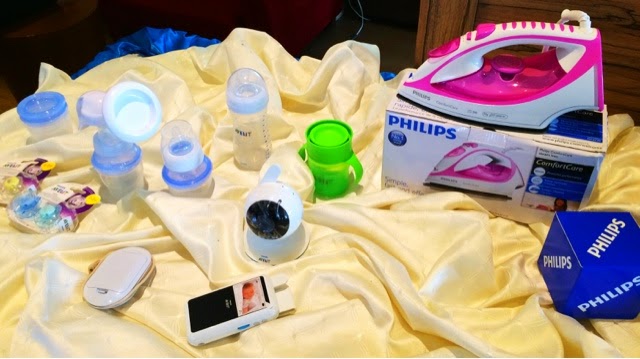 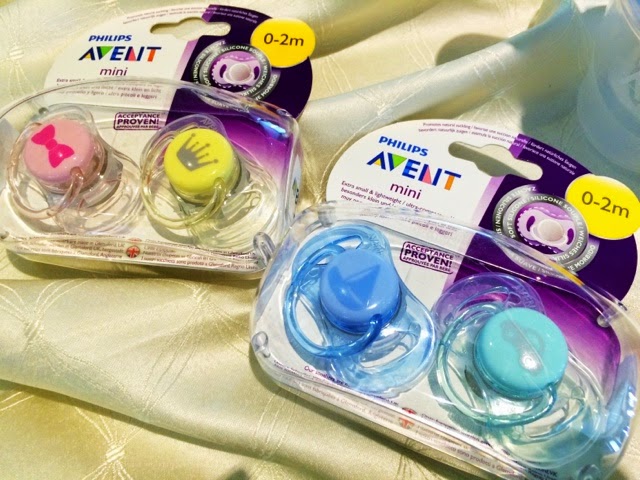 Their AVANT line has pretty good pacifiers, breast pumps that would take care of our babies and infant needs. 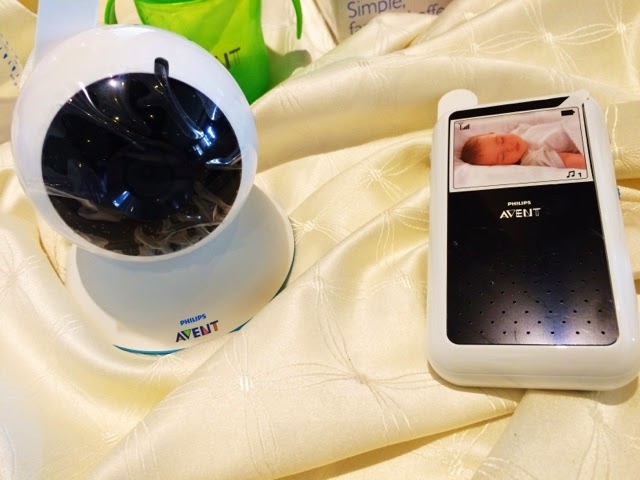 I also saw this Baby Monitor that's got audio and video cam capabilities. Put this in your kid's bed and you can vouch for his safety, whilst keeping an eye on him. 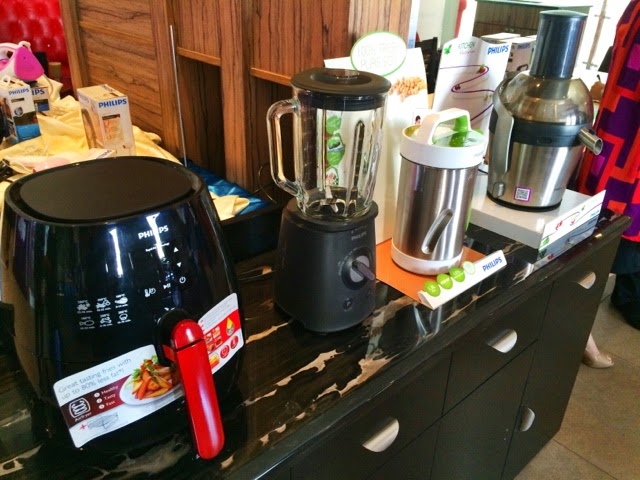 For the kitchen, you'll love the air fryer so you don't have to use oil anymore for those fried food you always love. Less fat, less cholesterol and guilt. I also spotted a Soya Processor which makes milk in a couple of minutes. The Juicer also is a great companion to those who want to eat and drink something real. They're also on sale in stores nationwide, like 60 percent, still thinking? I don't think so. :) 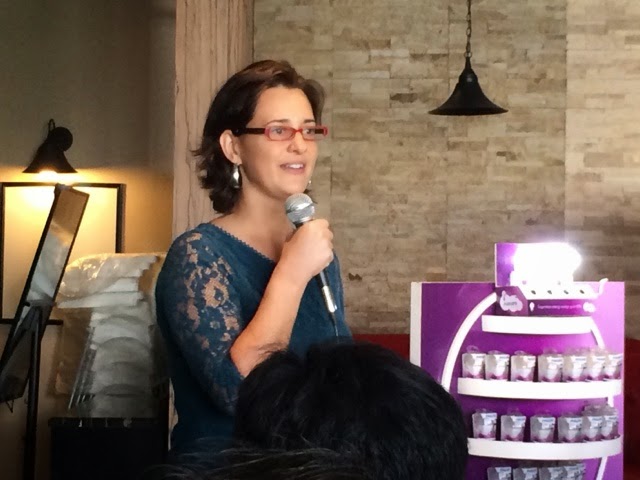 Ms. Fabia Tettero Bueno of Philips Lighting Philippines says "We have been working hard to reduce consumers energy bills. We also are bringing fancy decorative solutions that are energy efficient and also help decorate houses. We are pushing for LED's because it has continued to be one of our most important contributions in the market. We want to know what its impact is in the community, we can think through together with our partners much like the the Dragon Bridge in Da Nong, Vietnam. We are also helping areas in the Philippines which have no lights at all. We are helping them to have grid independence and have greener communities. Helping them to save energy."

Mr. RJ Buenaventura of Philips Consumer Lifestyle adds "We are a sector that takes care of health and well being. Philips has been associated with high end brands but we are gearing to show smart solutions. We are going to more categories like shavers for men, hair curling irons, domestic appliances like juicers, soya processor and we are hoping to have more solutions for the market as we get more urbanized. We are bringing these in the next few months and it all sounds super exciting for 2015."

Malone Guevarra of Philips Healthcare announced that "Philips has lots of milestones these year. We made important partnerships with DOH and it has resulted in 10CT Scans, 18 Mobile C-Arms (so they can operate in remote areas). Philips also partnered with National Academy of Science and Technology to play an important role in Research and Development in Non Communicable Diseases. PLDT also worked with us by getting access to clinical information anytime, anywhere. We also have been pushing for iDose which gives less radiation exposure but more quality images. Philips will also be providing radiology equipment for the Philippine Orthopedic Center as part of their modernization. We would like to expand our reach, a universal healthcare program that will be accessible to all. We will also be promoting mobile and remote technologies so we will play an important role in the Philippine healthcare system pursuant to our advocacy, to provide meaningful solutions to its stakeholders, that's you!"

It's so easy to trust a company that has done a remarkable job this 2014, thanks Philips! I'm looking forward to see more of your great products next year!