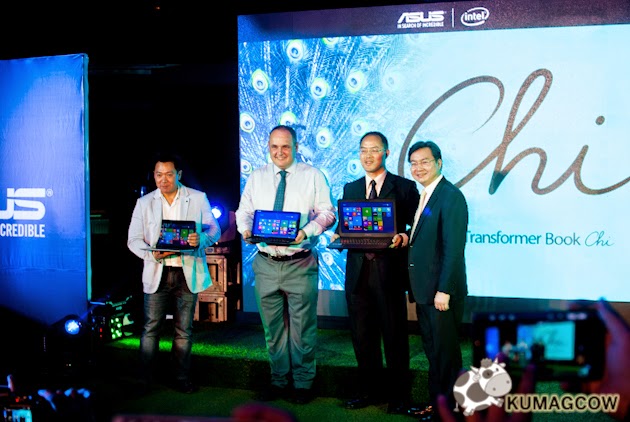 We had a grand time a few nights ago during the launch of three new products from ASUS at the posh Skye Lounge in BGC. They've been one of the leading manufacturers of desktop and laptop computers, netbooks, LCD's, smart phones, networking equipment (which I think I have at home), computer parts, optical media, servers, workstations, tablets and video cards. Since they've had a very good year and had sterling reviews from their recent releases, they thought it was about time that the Philippine market had a taste of what they could offer from their Transformer and Gaming line. This includes the Transformer Book CHI, which has impressed a lot of tech personalities that evening. I can feel the optimism running from their veins while talking about it in front of the stage.

I actually did a few Wushu classes when I was a kid. During this performance at the beginning of the program, I was reminded of the term "Qi" pronounced as CHI which means the "life force". It is something internal, the natural flow or energy in simple terms. ASUS goal has always been to"See What Others Can't See", of which is more like the wind, compared to this line of hardware they just released which they promise to have significantly improved over their predecessors, to ultimately perform fast but silent.

ASUS Technology Philippines Country Manager George Su first came out with the ROG G551. It's a gaming laptop. People don't usually think of gaming when it comes to these because of heat issues, but ASUS Gaming systems addresses it not just with the appropriate cooling but made it quiet as well. Yes, don't be deceived with it's thin form because the cool and silent feature won't hamper high performance on this gaming laptop. The powerful thermal solutions plus complete gaming accessories like the mouse, headset and backpack, the pro gamer could really take this around with him. Design wise, it's super good. This one retails at Php 69.995, way cheaper (price wise) than expected. 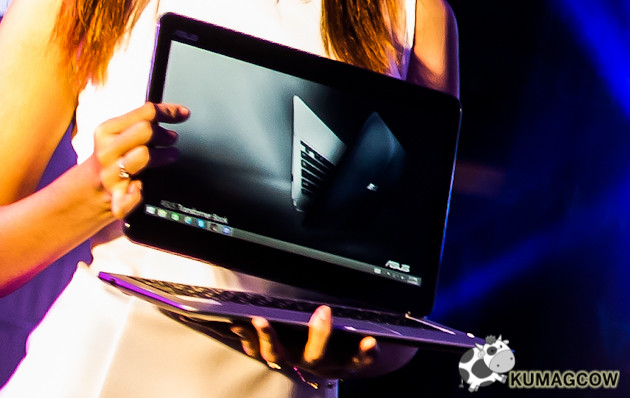 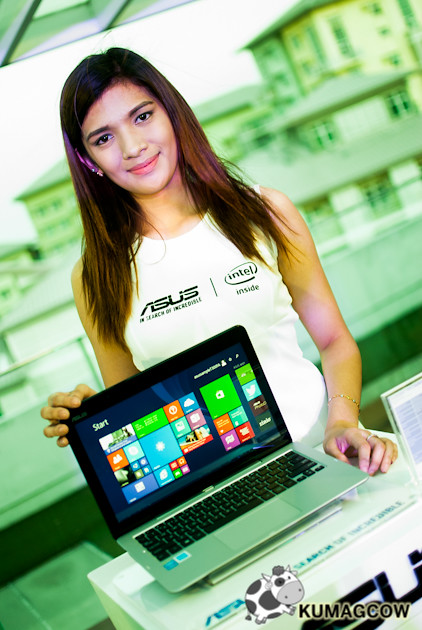 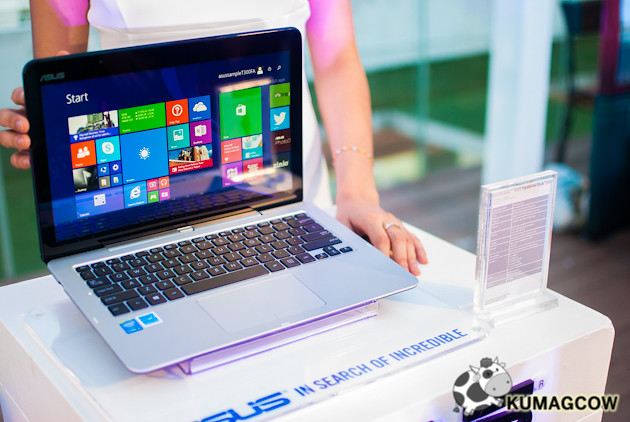 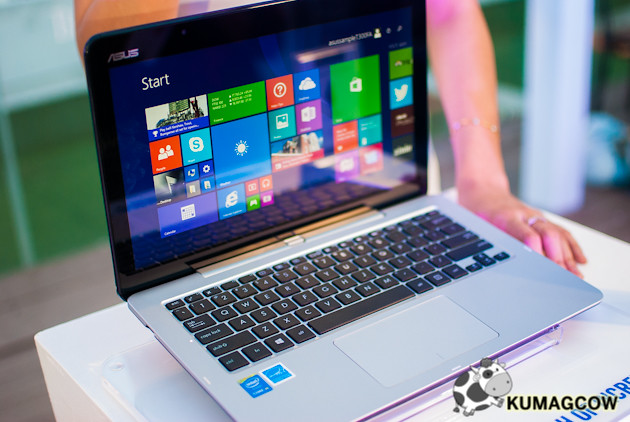 The ASUS Transformer Book T300 gives you superior mobility without compromises. It functions as a laptop and tablet all in one. One can actually do without the other attached so if you're mobile, this would be a pretty good investment. You can have this if you're meeting people and doing demos, show forms, small things that matter and make your presentations professional looking without carrying the whole enchilada of projectors and stuff. It also has USB 3.0 so you're assured to have faster file transfers when needed. As for me, I like the SD Card Reader slot so if I'm transferring photos, I could do it in a jiffy. This one is absolutely gorgeous, fashionable, trendy, powerful and very affordable for something very flexible. It only costs Php 32,995, see what I mean? Then they introduced the piece de resistance! 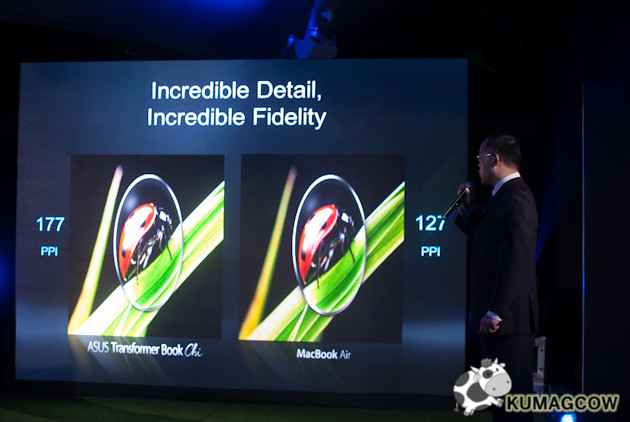 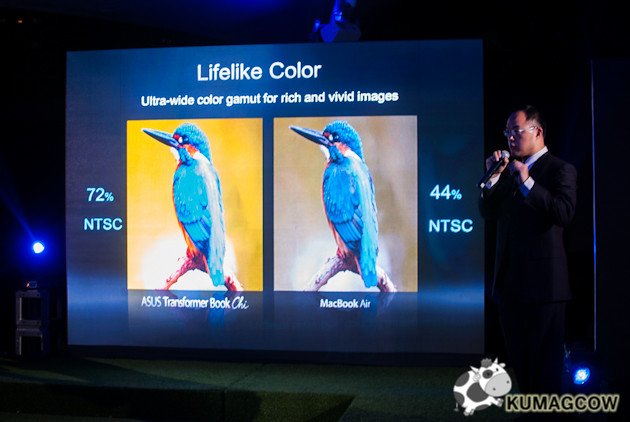 They directly compared the display, sharp imagery and colors go to the ASUS Transformer Book CHI. 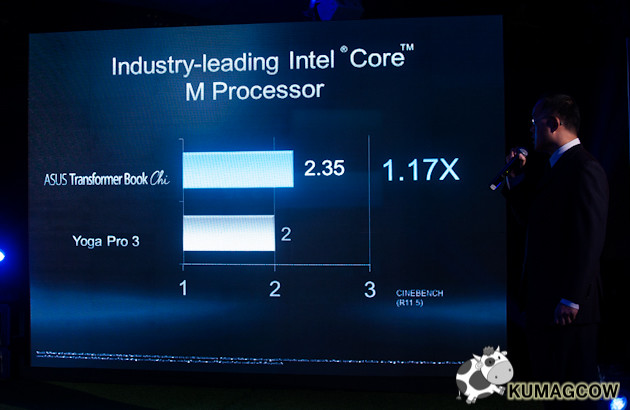 They also took a jab at the Lenovo Yoga Pro 3. With further tests, they declared the ASUS Transformer Book CHI is 1.17 times faster than the latter. This is a pretty rough comparison and this only means that it's the perfect thing for work or entertainment. Since it is energy efficient with Intel processors and chipsets, it's battery life is also something that they're proud of. Would you believe 8 hours? Yeap! 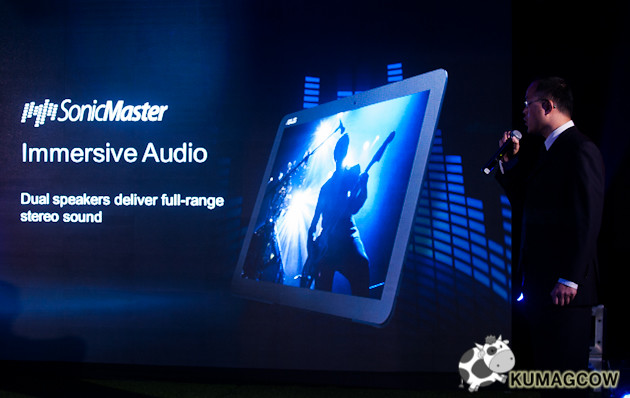 Aside from that, they've got designer SonicMaster Immersive Audio with it. Crisp and not boxed up sounds with some of the best audio hardware and drivers in the industry. This just means that you are not short changed by ASUS Transformer Book CHI and their other transformer notebooks. 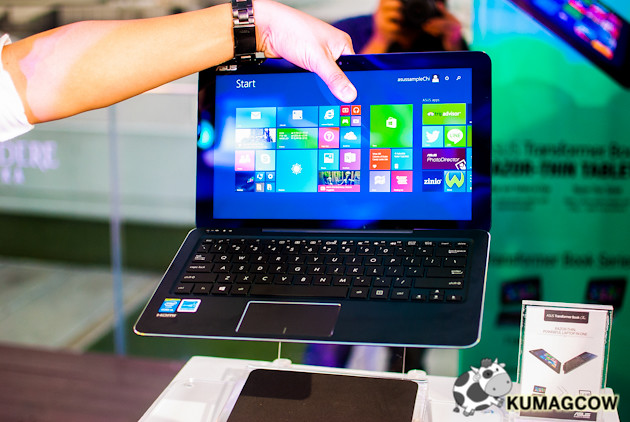 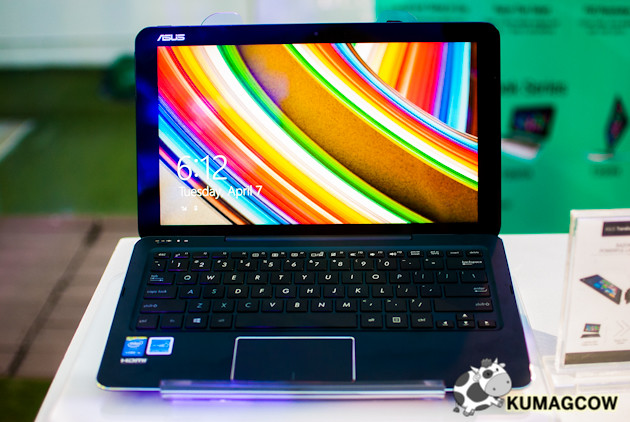 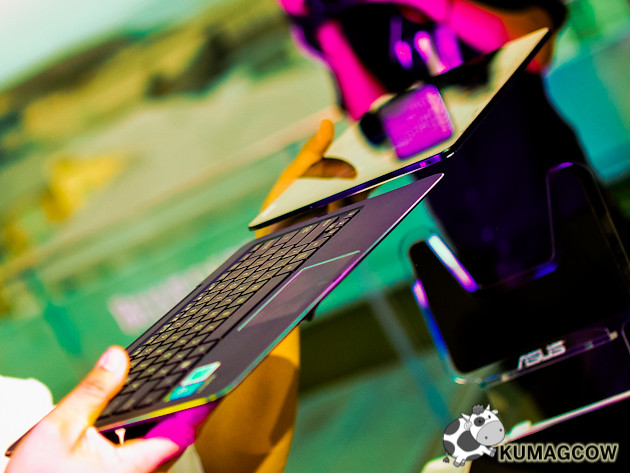 The ASUS Transformer Book Chi is a visual feast. This is their ultimate dream machine. It's super light, lighter than Macbook Air, thinner too. It's designed for mobility but made luxurious, elegant and sophisticated to power people like us who need powerful machines while traveling or moving around the metro. It's life like colors, you can see the details of photos clearer, videos sharper, in a razor thin form factor, even more performance than the competition. You'll be more productive with a faster machine, even on a thinner laptop. ASUS Executives, people from their corporation were proud of their baby! 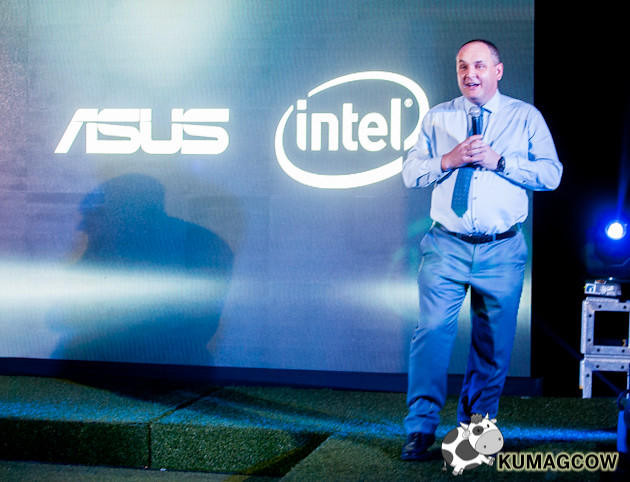 Calum Chisholm, the General Manager of Intel Philippines says "It's really an update on a continuing story. Partnering with ASUS and their design methodology, with their type of work, it's always great to see the next generation of products coming out. The ASUS Transformer Book CHI is a beautiful product. The strong battery life and performance, plus our processors, we have something really nice in the 2 in 1 category. Thank you to ASUS for starting the high end 2 in 1 category with the T100, it's very exciting! The gaming notebook also puts you ahead of the pack with the Philippine gaming teams even reaching world championships in the past. This is a strong addition, thinner than air, more innovations, keep pushing things forward until the next launch!" 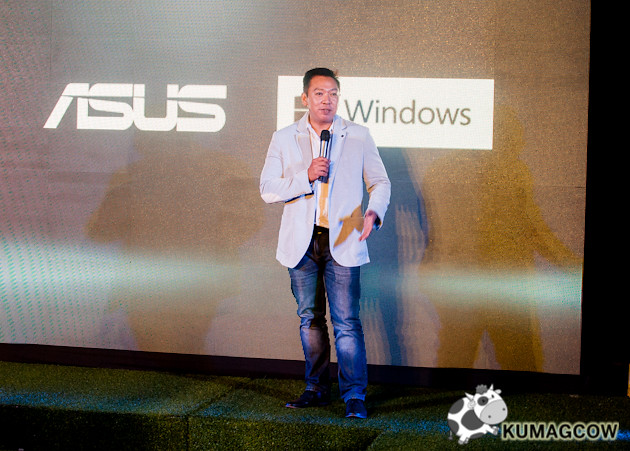 Mon delos Reyes, Microsoft Partner Manager for the Philippines said "Mr. Chisholm said it all. All the good things I wanted to say, he already said everything. ASUS is In Search of Something Incredible, that's a powerful word. With these new products, I think we've already found that incredible product they've been looking for. Thank you very much and have a wonderful evening!"

The ASUS Transformer Book CHI is priced at Php 39,995. A powerful 2 in 1 device doesn't come at this price point, if I were you, I'd place an order real soon on authorized retailers. They're really good at this, I hope you understand what you're seeing here. Aside from that, they're releasing a new ASUS Zenfone real soon! Can't wait for that!